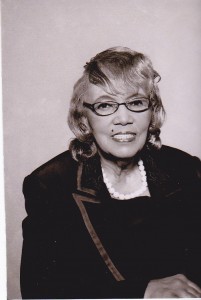 When my son was young, he would say, “When I grow up I want to invent things.” Reggie as a young boy was always a people person. Almost 30 years later, he sits on death row, and I’m waiting to see whether or not the state of Missouri will take my son’s life. This is a parent’s worst nightmare.

My son’s name is Reginald Clemons, but we call him Reggie. He has been on Missouri’s death row for 21 years. No mother can truly imagine that there may come a day where she may have to watch her son take his last breath, listen to his last words and watch him executed. Last year, Reggie was granted an opportunity where his case would be reviewed by a judge who would then recommend to the Missouri Supreme Court whether or not my son should live or die. As we await the judge’s recommendations – expected to be announced by June 1st – I want you to understand a few things about my son, his case and just how flawed the death penalty system is.

Then I hope you will take action to stop Reggie’s execution and join the movement to abolish the death penalty in the state of Missouri and beyond.

The state of Missouri charged and convicted my son of killing two young women – pushing them off a bridge into the Mississippi River in April 1991. The pain the family of these two girls has suffered after such a tragic loss is unimaginable. But from the beginning, the case against Reggie has been full of blatant problems:

First – My son’s face was so swollen after his interrogation by St. Louis police that the judge arraigning him sent him to the emergency room. More recently, bail investigator Warren Weeks has come forward stating that he saw the injuries on Reggie’s face and that he submitted a written report of this observation.

Second – Not one, not two, but four federal judges have agreed that the prosecutor’s conduct during Reggie’s trial was “abusive and boorish.” This prosecutor compared my son, who at 19 years old never had a criminal record, to two convicted serial killers.

Third – I wish race weren’t a factor, but it is a fact that the single most reliable predictor of whether someone will be sentenced to death is the race of the victim. My son is a black man. The two young women who were killed were white. Add that to the disproportionate dismissal of blacks during jury selection, and you get a perfect storm of racial discrimination.

How can my son be about to lose his life when there is evidence of both prosecutorial misconduct and police brutality involved with his case? The judicial system is meant to be fair, however many of those who sit on death row are up against a flawed judicial system where justice for many lives has yet to prevail.

Over the years, many of you have joined our family in advocating against the death penalty, for justice, for what’s right. It’s kept us strong, even when fighting for so many years against such an unjust system has been tiring.

We must continue. For justice and for Reggie.

25 thoughts on “A Mother Speaks: “I Don’t Want To Lose My Son to the Death Penalty””