1. We know A LOT more about what governments are doing. For example, we know that companies including Facebook, Google and Microsoft were forced to handover customer data under secret orders from the NSA. And that the NSA recorded, stored and analyzed ‘metadata’ relating to every single telephone call and text message transmitted in Mexico, Kenya and the Philippines.

2. The raised awareness has led to huge public opposition to government mass surveillance. In our poll of 13 countries across every continent, we found that 71% of people are strongly opposed to their governments spying on the internet and phone activity. More than 450 organizations and experts across the world have signed up to ‘necessary and proportionate’ principles on how to apply human rights to communications surveillance. And more than 80,000 people have already signed Amnesty’s global petition to ban mass surveillance.

3. Judges have ruled aspects of these program to be illegal. In the UK, the legal body that oversees the secret services declared aspects of the sharing of intercepted communications between the USA and the UK to have been unlawful before December 2014. And in the USA, a court of appeal ruled in May 2015 that the bulk collection of US phone records was illegal.
7 ways the world has changed after Edward Snowden #UnfollowMe #ThankYouEd

4. Technology companies and software engineers are building privacy into software. Several major companies including Apple, Google and Whatsapp have improved the default security and encryption provided to users. Greater consumer pressure has pushed the industry to strengthen its approach to protecting users’ privacy.

5. Global experts are speaking out against the status quo. A number of international bodies have warned that mass surveillance poses a threat to our human rights. The UN expert on counter-terrorism and human rights said: “The hard truth is that the use of mass surveillance technology effectively does away with the right to privacy of communications on the internet altogether.” What’s more, after overlooking privacy issues for decades, the UN created a new privacy watchdog, or ‘Special Rapporteur.’ This expert will focus on privacy issues both online and offline, including surveillance. 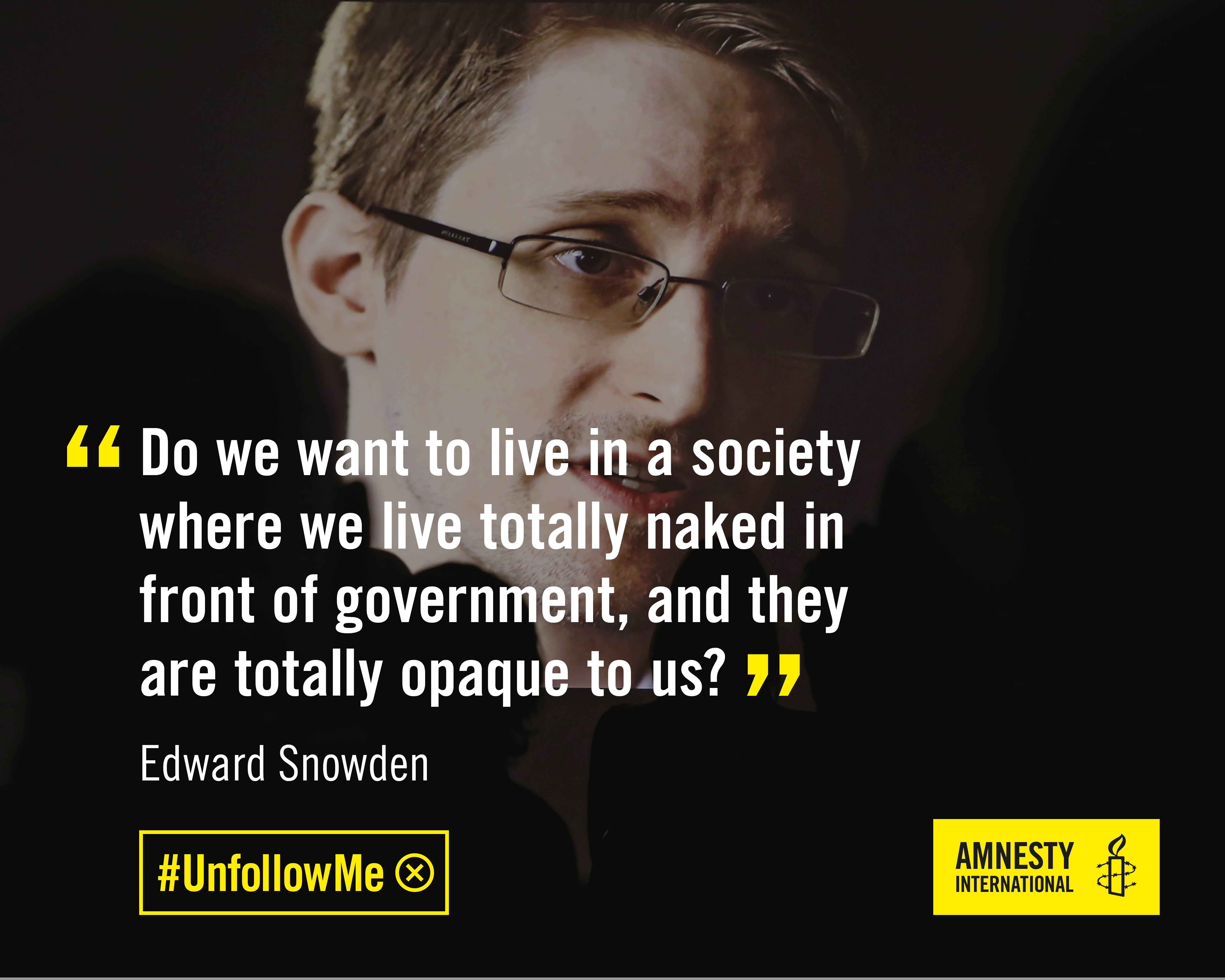 6. Companies are standing up to governments. For example, ten of the world’s largest tech companies, including Apple, Facebook, Google, Microsoft, Twitter and Yahoo, have launched a campaign calling for an end to the bulk collection of personal data.

7. Increased scrutiny of the laws underpinning mass surveillance. In the UK, a government committee has called for an overhaul of the laws governing intelligence agencies, so that the whole process would be more transparent. Over in the USA, the House of Representatives passed the USA Freedom Act, which attempts to end government bulk collection of US phone records.

But… governments have done far too little to dismantle their mass surveillance programs.

Many aspects of US surveillance remain under-regulated and unaccountable -including the mass surveillance of millions of people outside of the US. The UK extended its powers in 2014 to retain people’s personal communications data and has further surveillance legislation on the horizon. This year has also seen sweeping new surveillance powers proposed in Pakistan, France and Switzerland while in the Netherlands a new intelligence bill is expected imminently.