This year, as we witness evasion and inaction from the Justice Department about its failure to hold anyone accountable for CIA torture, we can’t let it pass: there are too many holes, too many hypocrisies, and too many lies in these U.S. government commitments.

Here are 6 broken promises from U.S. presidents – and 6 reasons you should take action today. Join demonstrations nationwide or make a call to the Justice Department: help heal the wounds of torture survivors.

“The United States is committed to the world-wide elimination of torture and we are leading this fight by example… Nowhere should the midnight knock foreshadow a nightmare of state-commissioned crime. The suffering of torture victims must end, and the United States calls on all governments to assume this great mission.” –President George W. Bush 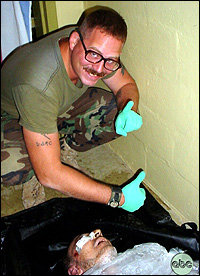 Within months of President Bush’s June 2003 speech, a man named Manadel al-Jamadi died in CIA custody at Abu Ghraib Prison. He had been taken from his home by US Navy Seals who “repeatedly kicked, punched and struck” him with weapons, according to an official investigation. He was later hooded and made to kneel with his trousers around his ankles while he was without underwear, and was doused with water while a CIA officer interrogated him. He was then taken to Abu Ghraib Prison still naked from the waist down, with his legs shackled and his head covered with a plastic sack and his wrists so tightly bound behind his back with plastic flexi-cuffs that a guard reportedly had “trouble cutting them off.”

He died under interrogation; in one of the photos of abuse at Abu Ghraib US guards can be seen smiling and giving the “thumbs up” sign over his dead body. An autopsy concluded that his death was caused by “blunt force injuries of the torso complicated by compromised respiration,” and that he was a victim of homicide. However, no one has been found criminally responsible for the killing of Manadel al-Jamadi.

“I have directed a full accounting for the abuse of the Abu Ghraib detainees.” –George W. Bush 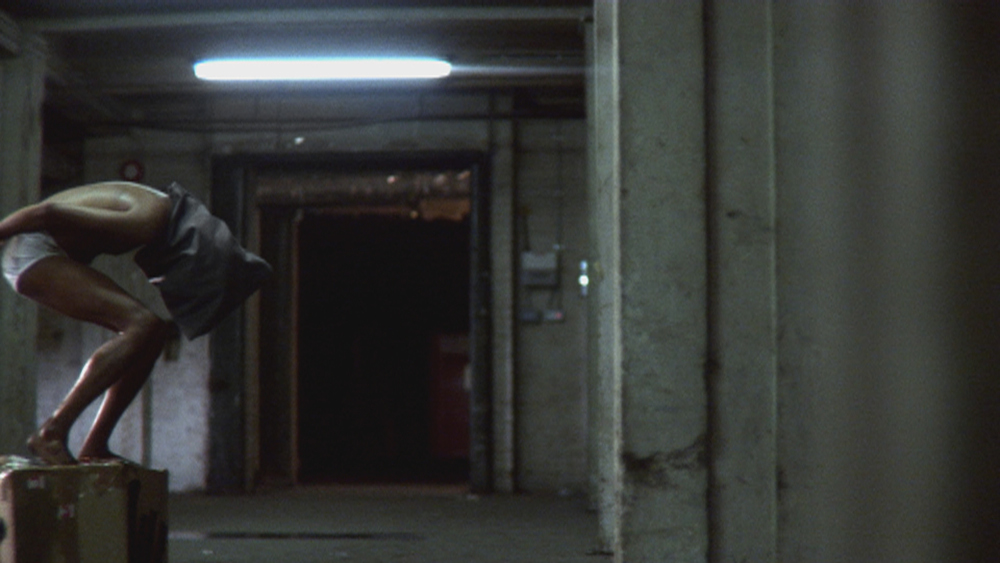 In spring 2004, photographs exposing the treatment of Abu Ghraib detainees put torture committed at the hands of the U.S. government front and center. The Bush administration portrayed torture as the actions of “a few bad apples,” rogue soldiers breaching orders and discipline, rather than part of a wider, more systematic policy of violating detainees’ rights.

Policy reviews, investigations, and courts martial for some mostly low-ranking soldiers eventually ensued but US forces in Iraq continued to commit serious violations of human rights and international humanitarian law, including torture and unlawful killings, in the years that followed.

“The United States is continuing to work to expand freedom and democracy throughout the world.” –George W. Bush In fact, in 2005 the US was working to outsource torture and disappearances to foreign governments. Some governments hosted CIA “black sites”: secret prisons in Poland, Lithuania, Afghanistan, Romania and elsewhere where the CIA tortured detainees and sought to completely circumvent U.S. and international law. And as Amnesty International reported in 2005, the CIA was also using “covert airplanes leased by fictional front companies” to fly an estimated hundreds of individuals to countries including Egypt, Jordan, Morocco, Pakistan, Qatar, Saudi Arabia, and Syria for secret detention and torture.

“My administration is committed to taking concrete actions against torture and to address the needs of its victims.” –President Obama

When President Obama entered office, he issued executive orders to close the CIA’s black sites and, in significant ways, strengthen the prohibition on torture. But President Obama did not seek to address the “needs of its victims.” Those needs – they are in fact rights — include apology and legal redress. And they have still gone unanswered.

Months after this presidential statement, Maher Arar lost his case in the U.S. Court of Appeals and was denied accountability. Arar, a Canadian citizen, was travelling home to Canada from visiting relatives in Tunisia in 2002 when he was detained by U.S. authorities at JFK airport. He was secretly sent to Syria, where he was held for a year and tortured. “It was so painful,” Maher Arar said of the beatings he endured, “that I forgot every enjoyable moment in my life.”

Under the Obama administration, the U.S. government maintained litigation positions designed to block any accountability in U.S. courts. As Arar put it in 2009:

“After seven years of pain and hard struggle it was my hope that the court system would listen to my plea and act as an independent body from the executive branch. Unfortunately, this recent decision and decisions taken on other similar cases, prove that the court system in the United States has become more or less a tool that the executive branch can easily manipulate through unfounded allegations and fear mongering. If anything, this decision is a loss to all Americans and to the rule of law.”

“Over the past year, the Department of State has, at my request, gathered information from our embassies around the world about effective mechanisms to stop torture.” –President Obama If no one is held accountable for torture, then those who tortured once will believe they can do so again. And they will embolden others to do the same.

President Obama’s statement was self-deception: it makes no sense for the U.S. to look around the world at ways to effectively stop torture, when it is failing to do so at home.

In 2010 the Justice Department failed to bring any criminal charges regarding the CIA’s destruction of nearly 100 videotapes depicting the use of so-called “enhanced interrogation” techniques, including “waterboarding,” against two detainees – in other words, destruction of direct evidence of specific acts of torture and other cruel, inhuman or degrading treatment.

The tapes were destroyed in 2005, more than a year after US non-governmental organizations filed a request under the Freedom of Information Act (FOIA) seeking information on the treatment of detainees in US custody in what was then being called the “war on terror” by the USA.

Despite this attempt to cover up torture, the Justice Department declined to bring any criminal charges. Nor has it brought criminal charges against anyone who authorized or committed torture from 2002 to 2008 in the CIA’s secret detention program. Today, many senior U.S. officials who authorized torture go on talk shows and write memoirs celebrating their role.

“The United States will continue to strive with you to achieve the Convention’s noble aspirations, so that we may all come to live in a world without torture.” –President Obama

In fact, by failing to bring anyone to justice for CIA torture, the U.S. has done significant damage to the global movement against torture. As Juan Mendez wrote this week in Politico:

[The U.S.] has also emboldened torturers worldwide. The United States is obligated under the Convention Against Torture and other treaties to investigate and prosecute those against whom evidence can be found. U.S. failure on these obligations is inviting other nations to follow the U.S. example of impunity. It is providing abusive regimes a ready-made excuse for rejecting international community concerns about their own records of torture.

In December 2014, the Senate Intelligence Committee released a summary of its 6,900 page report on torture and other abuses the U.S. government committed from 2001 to 2008. The summary is a small window into the numerous human rights violations that characterized these operations.

But the Justice Department has failed to commit to a meaningful review of the report, including an assessment of whether it provides evidence that would warrant reopening and expanding criminal investigations into torture.

It is time that the U.S. government go beyond symbolic, hypocritical gestures; the commitments the U.S. makes every June 26th must be backed with action to ensure accountability for torture.