However, the focus on torture and other ill-treatment in what the U.S. authorities then called the “war on terror” at the beginning of the century may have skewed the global picture.

Real life doesn’t look like 24 or Zero Dark Thirty - even in the U.S., torture is mostly practiced as a means of dehumanizing enemies.

”
What our research also clearly shows is that most victims of torture and other ill-treatment worldwide are not dangerous terrorists but rather poor, marginalized and disempowered criminal suspects who seldom draw the attention of the media and public opinion, either nationally or globally.

Real or perceived political “enemies” of the government who have never carried a bomb or any other weapon, including human rights defenders, opposition politicians and journalists, are also frequent victims of torture.

This means that yes, torture continues in anti-terrorism contexts. Real life doesn’t look like “24” or “Zero Dark Thirty” – even in the U.S., torture is mostly practiced as a means of dehumanizing enemies.

Globally, most victims are tortured not because they’re terrorists but because they’re poor, different or dare to disagree with the government. Whatever the motive, torture and other ill-treatment are prohibited absolutely, and never justified, no matter who you are or what you’ve done. 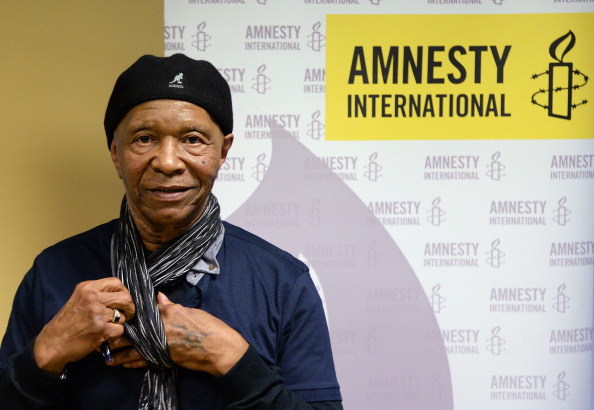 Robert King of the Angola 3 spent 29 years in solitary confinement. Most victims of torture are not dangerous terrorists but rather poor, marginalized and disempowered criminal suspects who seldom draw the attention of the media and public opinion (Photo Credit: Pierre Andrieu/AFP/Getty Images).

2. Torture is the Only Way to Get Information, Fast 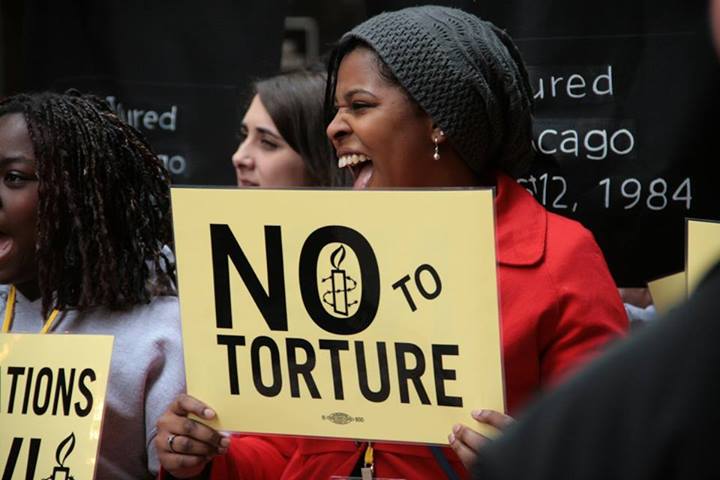 An activist at an Amnesty rally in Chicago calling on the City Council to pass the Reparations Ordinance for the Chicago Police Torture Survivors (Photo Credit: Amnesty International).

3. Some Forms of Torture Are Not That Bad

It is defined legally as an act by which severe pain or suffering, whether physical or mental, is intentionally inflicted on a person to punish or obtain information. No torture is “lite.”

All forms of torture are despicable and illegal – including electric shocks, beatings, rape, humiliation, mock executions, burning, sleep deprivation, mock drowning, long hours in contorted positions, use of pincers, drugs and dogs. Sadly, all of these are widely used in countries across the world.

4. In Certain Circumstances, It Serves a Greater Good

No. Torture is never legal or acceptable. Countries that currently fail to punish it by law are violating internationally agreed standards.

In legal terms, the absolute prohibition on torture and other ill-treatment is “non-derogable” – that is, it cannot be relaxed, even in times of emergency. The prohibition has achieved such a strong global consensus that it has become binding even on states which have not joined the relevant human rights treaties.

But many governments today continue to torture for a host of reasons, mainly because governments benefit from torture – or believe that they do – and because those responsible rarely face justice. Much more needs to be done to end this despicable practice.

5. Only a Handful of the Worst Governments Use Torture

Over the past five years, Amnesty International has reported on torture or other ill-treatment in 141 countries and from every world region.

While in some of these countries, torture might be the exception, in others it is systemic, and even one case of torture or other ill-treatment is unacceptable.

Amnesty International’s evidence and global research combined with more than five decades of documenting and campaigning against this abuse, reveals that, torture is still flourishing.