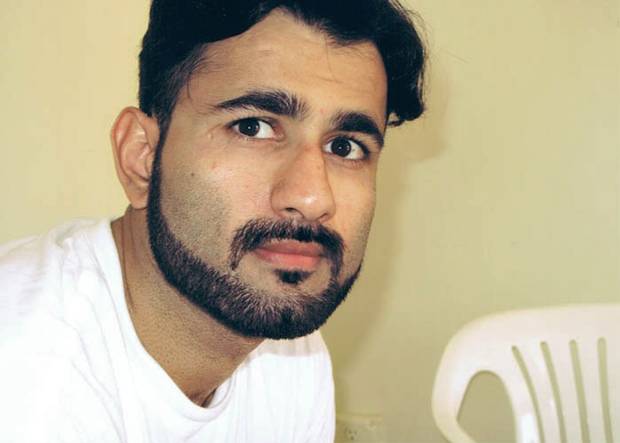 By Kimie Matsuo and Zak Newman

We learned earlier this week of even more shocking, horrific details in the case of one detainee who fell victim to the CIA’s torture program. Majid Khan, who has been held at the Guantanamo Bay detention facility for almost nine years, is one of the 119 men whose case is mentioned in the Senate Intelligence Committee’s landmark report on CIA torture. But this week’s news, coming from declassified statements from Khan himself, includes revelations of grotesque and abhorrent treatment never publicly reported by the Senate committee.

Here’s what you need to know:

Who is Majid Khan?

What have we learned about Khan’s treatment during his secret detention?

Sadly, we already knew all this from the Senate report released last December. We learned Tuesday that the treatment may have gone far beyond that barbarism. He was, according to just-declassified statements he made as part of his military commission proceedings, hung from poles, naked for hours on end. Guards reportedly touched his genitals.

Although Khan was not one of the detainees for whom CIA officials have said interrogators were authorized to waterboard, according to his statements, that didn’t stop his interrogators. Waterboarding techniques were used on him on at least several occasions. Guards even held his head under ice water on various occasions, and hung his naked body from a pole while guards hurled ice water and blew fans on him.

Does the CIA believe that it was right to torture Majid Khan?

What we do know is that even the CIA believes that Majid Khan fabricated much of the information he disclosed in the course of interrogations in an attempt to end his torture. A June 2006 CIA email stated that Majid Khan had “fabricated a lot of his early [CIA] interrogation reporting to stop… what he called ‘torture’.” The email said that Majid Khan had alleged that he had been “hung up” for a day in a sleep deprivation position and that he had provided “everything they wanted to hear to get out of the situation.”

What happens to Khan now?

What consequences are there for those who tortured him?

News of Khan’s depraved treatment is sadly another in a series of alarm bells urging a full investigation of the Senate’s findings. So far, the administration has failed to act. The administration’s failure so far to hold U.S. agents accountable for these abuses amounts to a de facto amnesty and complicity for torture. The administration must act now to finally reckon with these atrocities.

Take action to hold those responsible for Majid Khan’s torture accountable. It’s time for the Justice Department to act on this American Torture Story.

Correction: The revelations about Majid Khan referenced in this post were made on June 4. An earlier version of this post misstated that date.

3 thoughts on “5 Things You Need to Know: The CIA’s Horrific Torture of Majid Khan”