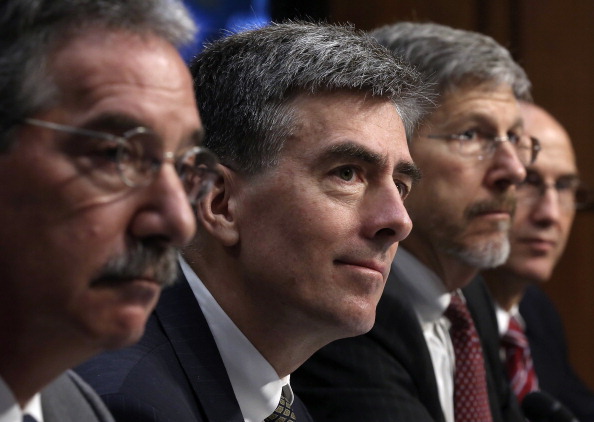 By Pratap Chatterjee is executive director of CorpWatch and a member of the AIUSA Board of Directors. He is author of Halliburton’s Army and Iraq, Inc.

Imagine if the government had the right to smash down the door to your house to find out what you are doing at any time of day and night. What would you think if they camped out in your living room and watched everything that you said and did? Now imagine that they had the ability to do that to everyone in the world without a warrant.

This is not a Hollywood script, but reality. Edward Snowden, a U.S. whistleblower currently seeking asylum in Russia, revealed to the world last month that the National Security Agency (NSA) has been vacuuming up the meta-data of our emails and phone calls for the last several years.

That is why this weekend, we, the board of directors of Amnesty USA, jointly signed a letter to the Democratic and Republican leaders of Congress, calling on them to stop the human rights abuse created by NSA surveillance by rewriting the laws on government surveillance and protect the national and international rights to privacy.

Our four suggestions for reform were:

Last week, the U.S. House of Representatives voted narrowly to reject an amendment to section 215 of the U.S.A. Patriot Act that would require records requests to be targeted only at people who are the subject of an investigation.

We believe that the NSA surveillance program is a violation of the Fourth Amendment...as well as Article 17 of the International Covenant on Civil and Political Rights.

”
It was an unusual vote – the leaders of both the Democratic Party and the Republican Party joined the White House to condemn the amendment. Yet, almost half of the Congress voted for it, showing that our elected representatives are angry about the unprecedented invasion of privacy.

More change is on its way – this morning the Senate Judiciary Committee held its first hearing into NSA programs questioning top officials from the NSA as well as from the Federal Bureau of Investigation (FBI).

Tomorrow Al Franken, a Democratic Senator from Minnesota, will submit a bill that would force the government to disclose “how many Americans have had their information collected under key authorities under the Foreign Intelligence Surveillance Act.”

Amnesty International has been concerned about this issue for a long time. In July 2008, we joined a group of other organizations, lawyers and journalists represented by the American Civil Liberties Union in bringing a lawsuit to challenge the constitutionality of the Foreign Intelligence Surveillance Amendments Act of 2008. The suit was dismissed by the Supreme Court earlier this year.

We believe that the NSA surveillance program is a violation of the Fourth Amendment, which guarantees the right of the people to be “secure in their persons, houses, papers, and effects, against unreasonable searches and seizures,” as well as Article 17 of the International Covenant on Civil and Political Rights, ratified by the United States in 1992, that forbids “arbitrary or unlawful interference with his privacy, family, home or correspondence, nor to unlawful attacks on his honor and reputation.”