President-elect Donald Trump has chosen David Friedman, a bankruptcy lawyer, as his advisor on Israel and to be U.S. Ambassador to the State of Israel. David Friedman’s confirmation hearing before the Senate Foreign Relations Committee is set for this Thursday, February 16, at 10 am. END_OF_DOCUMENT_TOKEN_TO_BE_REPLACED

But what hasn’t received as much attention is where Baltimore police received training on crowd control, use of force and surveillance: Israel’s national police, military and intelligence services. END_OF_DOCUMENT_TOKEN_TO_BE_REPLACED

Muhammed al Qiq, a Palestinian journalist and father of two small children, has been on hunger strike for over seventy-five days – refusing everything but water, to protest the torture and other ill-treatment to which he says he was subjected to in Israeli custody, and to demand his release from detention he believes is motivated by his work as a journalist. He was placed under administrative detention, unable to see the evidence against him and unable to challenge the ‘evidence’ or his accusers in a fair judicial setting. END_OF_DOCUMENT_TOKEN_TO_BE_REPLACED

END_OF_DOCUMENT_TOKEN_TO_BE_REPLACED 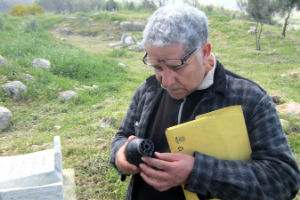