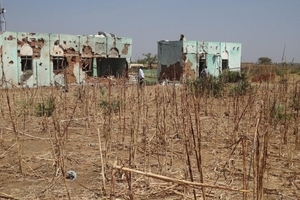 “Just stop the planes.” That was the plea made by the feisty, determined Khadija when I interviewed her in front of the remains of her home in a small village in Sudan’s Southern Kordofan state last week.

If only it could be that simple. It certainly ought to be.

A month earlier a lumbering Sudanese Antonov aircraft had passed overhead and unleashed a deadly cargo of five bombs in rapid succession.

Khadija was at the nearby market at the time and therefore escaped injury. But when she hurried back to her home, pure horror awaited her. One elderly woman, unable to run, had been literally blown apart and Khadija later undertook the grim task of collecting her neighbour’s body parts.