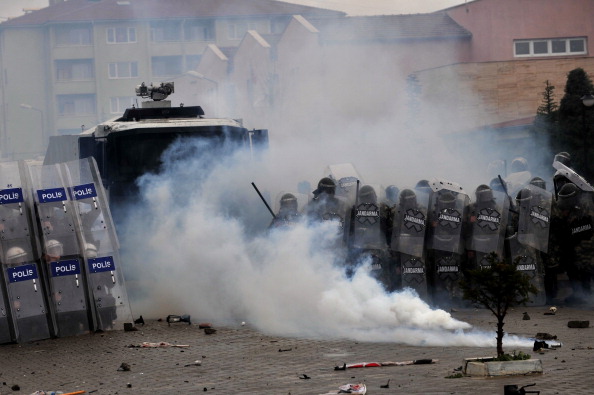 Turkish gendarmerie and riot police fire water cannon and tear gas as they clash with hundreds of protesters trying to enter a courthouse in Silivri near Istanbul (Photo Credit: Ozan Kose/AFP/Getty Images).

The Ergenekon trial, which came to a close this week, is without question, one of the most important court cases in Turkish history. The case involved an alleged coup plot against the ruling Justice and Development Party (AKP) and the successful prosecution would seem another chapter in the AKP’s important efforts in reigning in illegal and anti-democratic actions by the Turkish armed services.

I’d like this to be a simple story of military power being brought under the control of an elected civilian government. Unfortunately, the Ergenekon story is also one of missed opportunities and justice denied. The Ergenekon trial had enormous potential to uncover the crimes of the past and set the tone for real justice in the new Turkey. It failed on both these accounts.