That’s why a victory for abolition in a state like Maryland, if it happens, will be so important.  Change – lasting change – in the United States, where human rights are often ignored or dismissed, is going to come from the ground up … from the states, and even more locally from faith groups, campuses and communities. END_OF_DOCUMENT_TOKEN_TO_BE_REPLACED 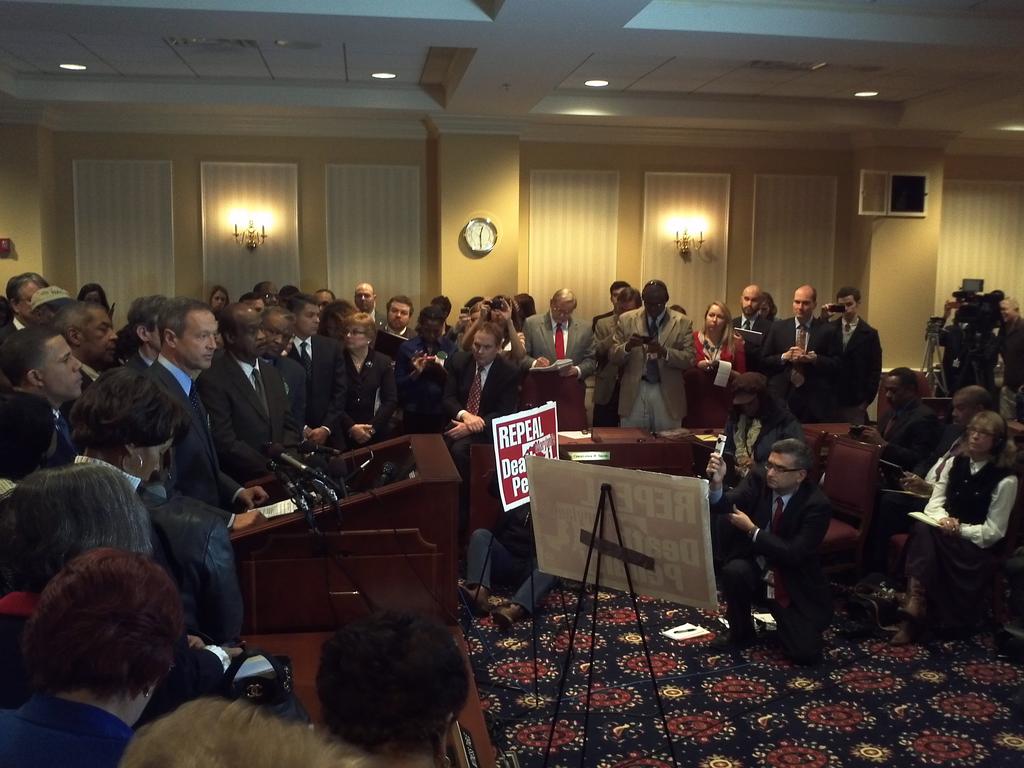 As the month of May began, Montana’s Board of Pardons and Parole was set to hear the clemency petition of Ronald Smith, one of the two men on Montana’s death row.  Now, the decision on whether he lives or dies rests with the Governor.

Ronald Smith committed a terrible crime back in 1982, but the passage of 30 years has seen him evolve into an utterly different person.  This was not a legal development (he is still guilty), but is the kind of human transformation that clemency was designed to recognize.  Our courts can’t commute sentences based on changes in the hearts and minds of the convicted (that’s not their role), but our executive branch – our Governors and our pardon and parole boards – can.

At the May 2 clemency hearing, the Montana parole board heard all about Ronald Smith’s transformation:  from retired prison officials, a clinical psychologist, a Catholic priest and prison educator, a former probation officer and members of the Smith family.

The psychologist said that Ronald Smith: “has demonstrated significant change in attitude, thoughts and behavior. He is what would be considered a model prisoner in the modern setting.”

END_OF_DOCUMENT_TOKEN_TO_BE_REPLACED

Ronald Smith, a Canadian national, is facing a clemency hearing on May 2 in Montana. He was sentenced to die for a crime committed almost 30 years ago, a crime for which he has consistently expressed remorse. He has since rebuilt his life from inside the prison walls. Putting him to death now would serve no purpose, and Montana should not do it.

One of the problems with the death penalty is that it denies the possibility that people can reform.

”
At the time of his arrest for his part in the August 1982 killing of two Native Americans, Harvey Madman Jr. and Thomas Running Rabbit Jr., Smith wanted to take full responsibility for the crime and in fact asked for the death penalty. He got it.

His lawyer, who had never tried a death penalty case before, was no help. The Ninth Circuit Court of Appeals wrote that this lawyer “failed to investigate the facts of the crime, failed to investigate Smith’s mental state at the time of the crime, and failed to discuss possible defenses before Smith pled guilty.” (Bizarrely, and typically, this Court nonetheless ruled that the lawyer had not harmed his client enough to warrant any relief.)

END_OF_DOCUMENT_TOKEN_TO_BE_REPLACED

By a 26-24 vote, the Montana Senate yesterday voted to repeal the death penalty.   Twenty-two Democrats and 4 Republicans voted for the measure (SB 185), which now goes to the House.   This is the second straight legislative session in which the Montana Senate has endorsed repeal.

This year, an abolition bill has already passed in Illinois, where it awaits action from the Governor.  And other repeal bills have been filed in states across the country, from Maryland to Connecticut to Kansas to Washington.

Abolition has become more appealing to state legislators in recent years as they have become more aware of capital punishment’s exorbitant financial cost, the dangers of executing the innocent, and the grueling toll the death penalty process takes on victim families.