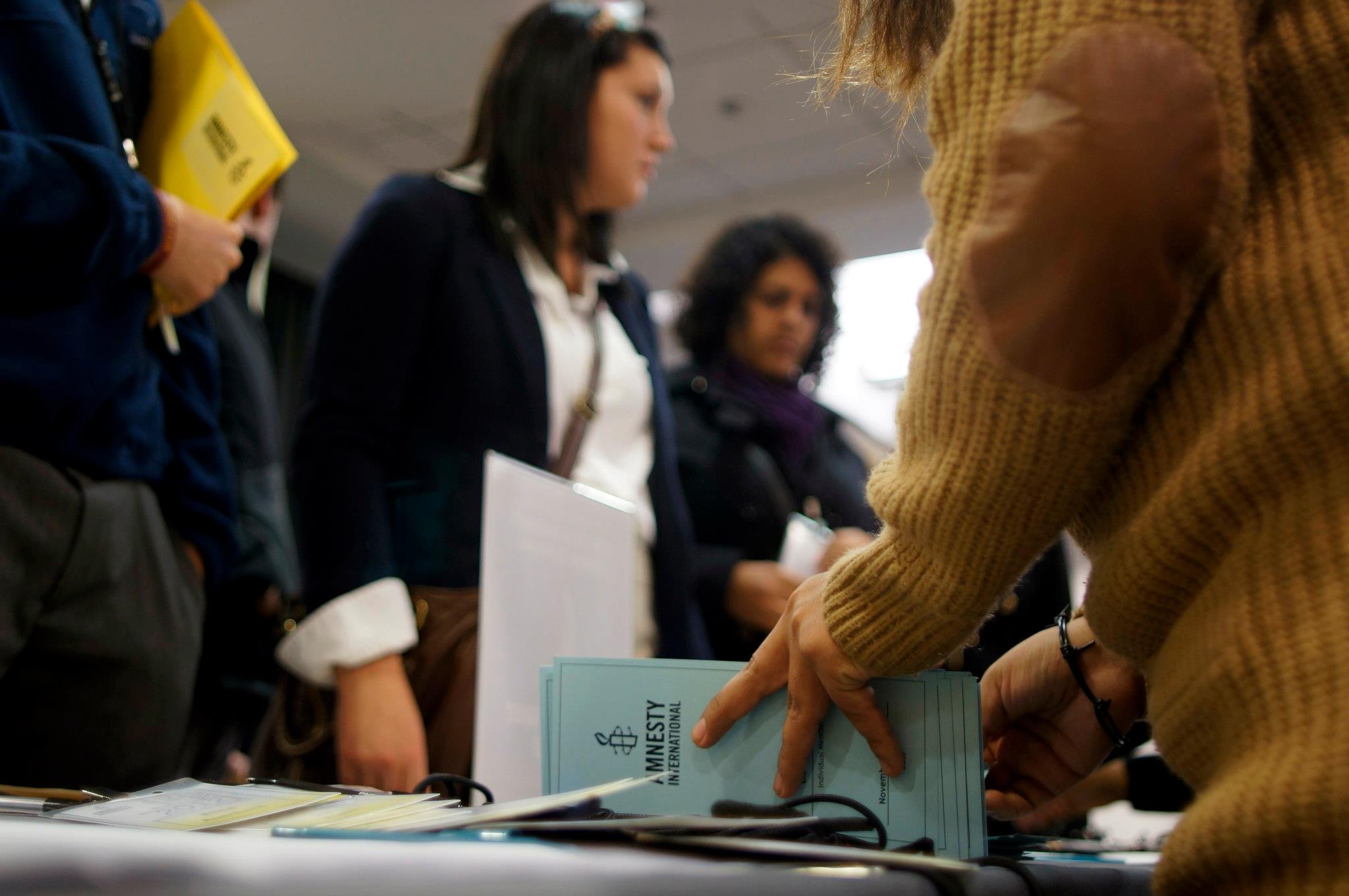 Members and activists register for the Midwest Regional Conference, held in Chicago on November 10, 2012.

This past weekend, Amnesty International USA hosted the 2012 Regional Conferences in Atlanta, Boston, Chicago, San Francisco and Washington, DC.  The conferences brought together 1,000 people from around the country to hear inspiring speakers, share tactics, learn about pressing issues and help shape Amnesty’s future.  The following is just a quick overview of the events:

West: Held in San Francisco, the Western conference began with remarks by Lhamo Tso, wife of the Tibetan Prisoner of Conscience (POC) Dhondup Wangchen, who is serving a prison sentence in China for speaking out about Tibetan human rights through his filmmaking.  The conference also included caucuses by roles including youth, local groups and human rights educators, and workshops on topics including POC’s, Pussy Riot, the Middle East and North Africa, and closing remarks by Bu DongWei, a former Amnesty POC.