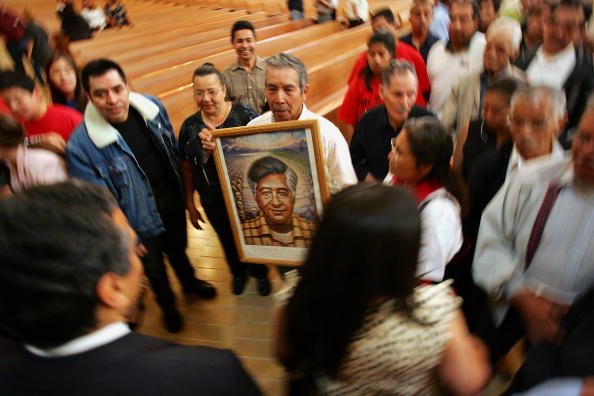 Cesar Chavez was born on March 31, 1927 in Yuma, Arizona. My grandmother is a year younger than him. She was born in Guanajuato, Mexico. Cesar Chavez and my abuela (grandmother), Beatriz Soto, are a part of me. Their experiences, successes, and faults have constructed my identity in the United States. Without their stories, I wouldn’t have my voice. END_OF_DOCUMENT_TOKEN_TO_BE_REPLACED

Egypt workers were on the move this weekend, with significant ramifications we hope for the future of human rights in that country.

Just weeks after a court order forced the government to implement a new council intended to ensure workers receive a living wage, workers across the country went on strike and showed again that after years of muzzling civil society, the government has failed to stop opposition voices.

More must be done.  It’s not enough that the government enforce minimum wage laws.  The government must also, Amnesty International says, lift restrictions on the creation and functioning of independent workers’ unions.

A Little Justice Goes A Long Way from 2maystrike on Vimeo.

“The authorities must mark International Workers’ Day by announcing sweeping legal and institutional reforms to promote and protect labor rights, including by allowing for workers to organize freely and form unions,” said Amnesty International in a statement this week.

“Setting up and enforcing a system to ensure a fair minimum wage, one which ensures that all workers and their families are guaranteed decent living conditions, is a necessary first step to realizing labor rights, as provided by the Egyptian Constitution, the Egyptian Labor Law and in accordance with Egypt’s international obligations.”

Egyptian authorities have in recent years attempted to orchestrate all union activity. Even in recent weeks, the Mubarak regime has thwarted efforts to create a Pension Holders Union independent of the government.

After decades of this kind of dance between government and workers, two things stand out: Egyptian workers are capable of standing up for their rights, and when they do, the government will offer concessions.  What reform that has come to Egypt in the past 40 years has come from the work of activists in Egypt.

You can read Egyptian voices discussing the weekend protests on Twitter here. Several videos from Egyptians supporting the protests can be found on Vimeo here.