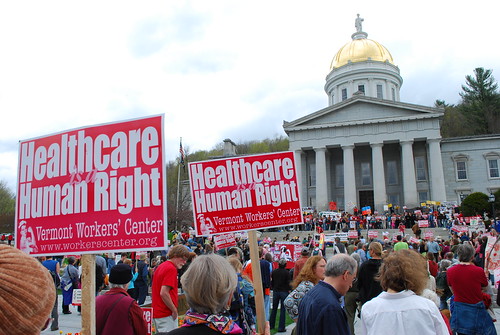 On January 6, the first working day of the 2010 legislative session, the Vermont Workers’ Center will deliver thousands of signed postcards demanding health care as a human right. The legislative leadership announced at a recent People’s Forum that hearings on a single payer bill will begin on January 12. END_OF_DOCUMENT_TOKEN_TO_BE_REPLACED