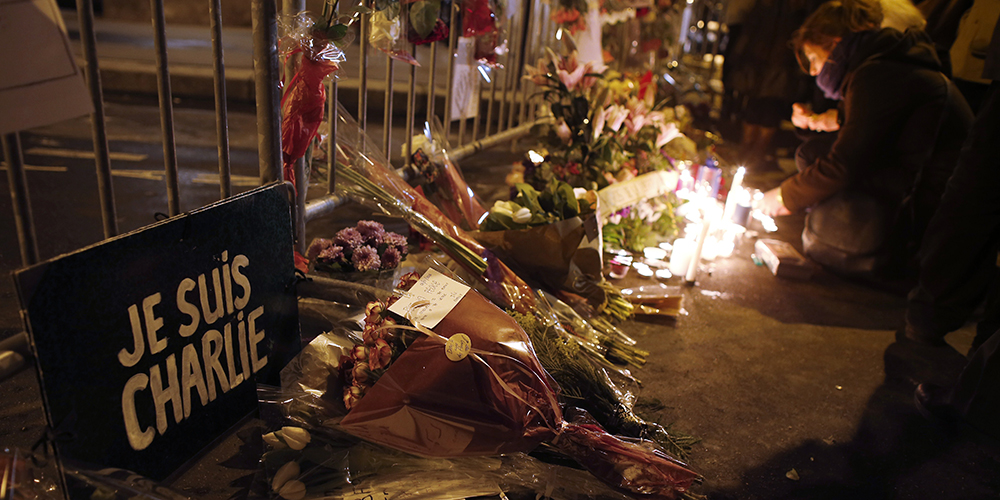 Yesterday, gunmen attacked the Paris office of the newspaper Charlie Hebdo. In Peshawar last month, at least 142 people—including 132 children—were killed by Taliban militants at a military-run school. These are just two of scores of attacks by armed individuals and groups that have occurred over the last year. END_OF_DOCUMENT_TOKEN_TO_BE_REPLACED

END_OF_DOCUMENT_TOKEN_TO_BE_REPLACED 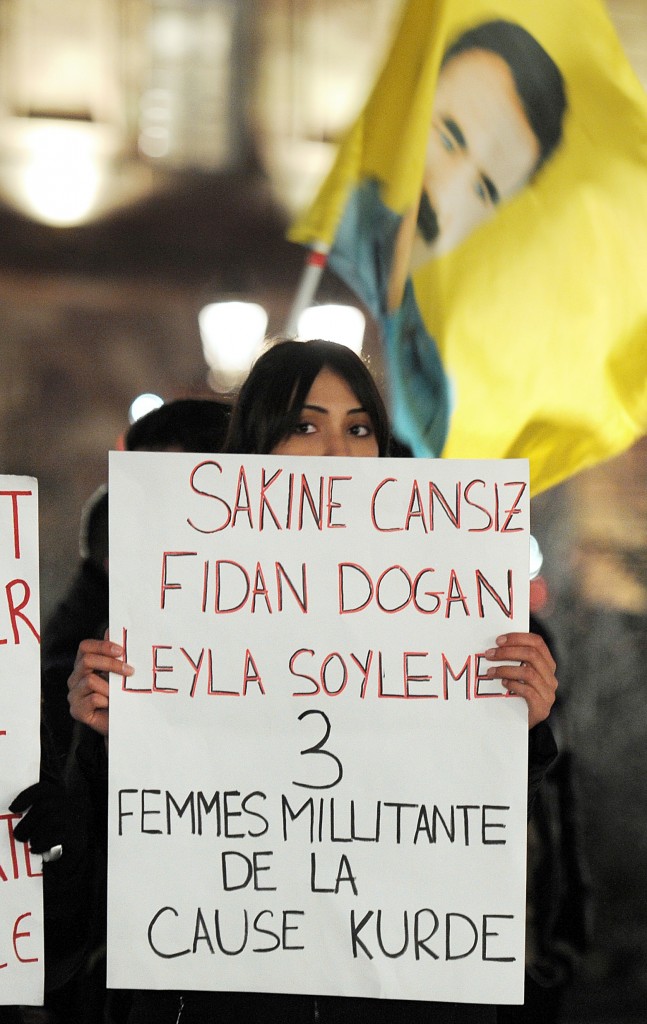 END_OF_DOCUMENT_TOKEN_TO_BE_REPLACED

Women in France no longer have complete control over what they put on in the morning as the controversial full-face veil ban goes into effect today.

Already, several people have been detained, including two women wearing the full-face veil, who were protesting against the law. Police said the people were detained for joining an unauthorised protest in central Paris. Amnesty International condemns these detentions.

“Women in France have the right to freedom of religion and expression. They must also be free to protest when this right is violated. This law puts France to shame – a country that prides itself on the human rights it claims to promote and protect, freedom of expression included.”

The law prevents women in France from expressing their values, beliefs and identity and should be scrapped.

For years, rebel group leader Callixte Mbarushimana has been living in France, enjoying impunity for heinous crimes committed in the Democratic Republic of Congo (DRC).   Callixte leads the Democratic Forces for the Liberation of Rwanda (FDLR), a rebel group operating in the eastern part of the DRC, that has been responsible for innumerable killings of civilians, rape, abductions of women and girls for sexual slavery, recruitment of child soldiers, destruction of villages and other human rights abuses.

But fortunately, Mbarushimana’s spate of good luck may be ending. On October 11, French police arrested him on a warrant issued by the International Criminal Court (ICC). The ICC has charged him with five counts of crimes against humanity (murder, torture, rape, inhumane acts and persecution) and six counts of war crimes (attacks against the civilian population, destruction of property, murder, torture, rape and inhuman treatment). France’s actions have signaled its commitment to the ICC and to arresting war criminals.

In addition to France’s move, there are two other positive developments in the fight for international justice.  Moldova recently became the 114th country to join the ICC.  And the ICC trial of Jean-Pierre Bemba Gombo is finally set to begin on November 22, 2010, despite his last-ditch effort to appeal his case as inadmissible.  Bemba is charged with two counts of crimes against humanity (murder and rape) and three counts of war crimes (murder, rape and pillaging) for his role in crimes committed in the Central African Republic in 2002 and 2003.

You can join us in the fight for international justice. Ask the US to support the ICC’s investigations.

What does liberty, equality, and fraternity mean for the Roma who are being forcibly evicted from France?  Not much.  But fortunately, today the European Union urged France to immediately suspend the expulsion of Roma people.   This decision was made after the destruction of 300 Roma camps and the expulsion of their inhabitants.

The actoins of President Nicolas Sarkozy are now under heavy scrutiny of the European Union. And rightfully so.  The country which was once viewed as a “lighthouse of democracy and freedom”, has not cast its light on the Roma population which has been discriminated against for decades.  From Victor Hugo’s The Hunchback of Notre Dame to the 1912 French law requiring identity cards that categorized Roma as ‘nomads’ and encouraged discrimination, to their recent expulsion, Roma have long been the targets of discrimination.

We have called on France to heed the EU’s request, end the cycle of discrimination, and welcome Roma by granting them liberty, equality, and fraternity.

Today the lower house of the French parliament voted 336 to 1 in favor of banning full-face veils.

In response to this overwhelming vote, Amnesty International has issued a statement, condemning the vote.

The proposed law, which must still be approved by the French Senate, prohibits wearing in public any form of clothing intended to conceal one’s face.

A breach of the law would be punishable by a fine of up to 150 Euros (~$190) and/or the requirement to complete a community rehabilitation program. The law also provides for a penalty of up to one year imprisonment and a fine of up to 30,000 Euros (~$38,170) for those who use force or threats to oblige others to cover their faces.

“A complete ban on the covering of the face would violate the rights to freedom of expression and religion of those women who wear the burqa or the niqab as an expression of their identity or beliefs,” said John Dalhuisen, Amnesty International’s expert on discrimination in Europe.

Advocates for the ban in France have characterized full-face veils as contrary to French Republican values, incompatible with gender equality and a threat to public safety.

States are obliged under international law to protect women against pressure and threats to wear full-face veils.

“However, comprehensive bans are not the way to do this,” said Dalhuisen.

They carry a risk that women who currently wear full face veils will become confined to their homes, less able to work or study and to access public services.

Governments should instead be looking to strengthen efforts to combat the discrimination faced by Muslim women, both in their communities and in the broader societies in which they live.  Their focus should be on empowering women to make their own choices, rather than limiting the range of choices available to them.

Legitimate security concerns can be met by targeted restrictions on the complete covering of the face in well-defined high risk locations.  Individuals may also be required to reveal their faces when objectively necessary, for instance for identity checks.  French law already allows for such limited restrictions.

There is no question that the September 28th, 2009, Bloody Monday massacre in Guinea was an unprecedented episode of violence and brutality by Guinea’s security forces. But let’s not forget that this was not the first time that Guinea’s military and security forces have used excessive force and acted with impunity in the past decade. In fact, the behavior of the security forces has been defined by a clear pattern of unlawful killings, extrajudicial executions, rape, arbitrary detentions, torture and grossly excessive use of force.

You did not want the military, so now we are going to teach you a lesson – member of the security forces present during the 28 September 2009 violence

Yet, as Amnesty’s new report demonstrates, a number of governments and companies have continued to finance, train and supply Guinea’s security forces, ignoring the numerous human rights violations they have committed over the years. In fact, several of the military and security units whose members were directly involved in the commission of human rights violations during Bloody Monday and in previous years had received training from states including France, China and the US. Weapons and security equipment supplied from South Africa, France and elsewhere provided the tools for the crimes perpetrated on Bloody Monday.

The decision by several states to suspend military cooperation with Guinea, including the US after the December 2008 coup and France after the September 2009 massacre, was too late. While such suspensions will certainly help minimize the capacity of the security forces to commit human rights abuses in the future, the signs were there long before December 2008 and military cooperation should have been suspended much earlier.

What the case of Guinea shows is the need for all states to adopt international standards to assess arms transfers on a case-by-case basis. This would ensure that states adequately assess the risk of exporting arms and training to countries such as Guinea and that such transfers do not facilitate serious human rights violations.