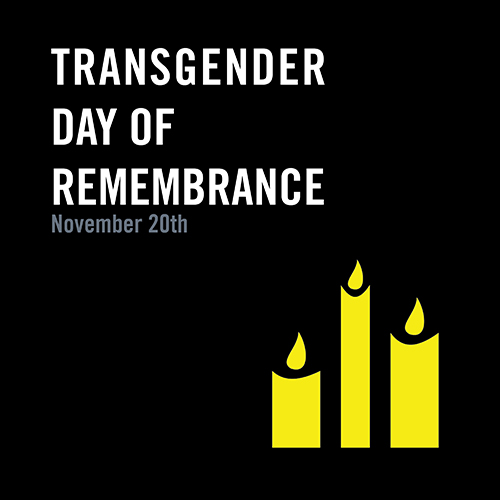 On the night of July 4 – 5, while people in the United States were watching fireworks, transgender women were brutally attacked in Cali, in southwestern Colombia. In a separate attack on the same night, another group of transgender women were attacked and two were injured, one fatally, after being attacked with knives. The second woman had to be taken to the hospital due to her injuries. END_OF_DOCUMENT_TOKEN_TO_BE_REPLACED

Friday, August 26 marks the 91st anniversary of the vote for women in the US.  On August 26, 1920,  Congress passed the 19th Amendment to the Constitution after a 72-year campaign which began in 1848 at the world’s first women’s rights convention in Seneca Falls, New York.

The struggle for American women’s right to vote was long, difficult, and at times, divisive.  The Suffrage movement split after the Civil War over whether to support adoption of the 15th Amendment, which gave black men the right to vote, or to insist that women be included before they would endorse it.  One faction insisted on universal voting rights legislation at the federal level, while others approached the issue state by state.

Few of the original suffragists lived to see the successful results of the work they started.  As a new generation of suffragists joined the movement, they used more active tactics, including mass marches and hunger strikes.  As a result, they were arrested and sent to prison, where they were chained, beaten and force-fed.  In 1971, Rep. Bella Abzug introduced a proposal to commemorate their struggle each year on August 26 as Women’s Equality Day.

END_OF_DOCUMENT_TOKEN_TO_BE_REPLACED

Though Alyce Driver worked three jobs, none of them provided health insurance. Regular teeth cleaning and yearly physicals for her five children were a luxury she could not afford. One day her twelve-year-old son Deamonte complained of a headache. Seven weeks later, Deamonte was dead.

The diagnosis? An abscessed tooth.

While death from tooth decay may have been common in the middle ages, this was 2007.

And while one certainly still hears of such things in some of the more underserved areas of Africa, Asia and Latin America, this was in the capital of the richest country on earth.

Deamonte’s story and those of thousands like him who die every year from preventable disease in the United States underscores what’s wrong with the current health care debate. We should be concerned – appalled – that this can happen in our country. But instead of asking ourselves how to right this wrong, we seem to have let the health care debate become about anything but health care.

This country’s founders believed that every human being was endowed with certain inalienable rights – the rights to life, liberty and the pursuit of happiness. In the last century, the global community, led by the efforts of the United States and individuals like Eleanor Roosevelt, spelled those rights out. Article 25 of the Universal Declaration of Human Rights states that “everyone has the right to a standard of living adequate for the health and well-being of himself and of his family, including… medical care….”

Health care is a human right. Like freedom from torture and ill treatment, equality before the law, and education, health care is something that all of us are entitled to by virtue of being human.

But one would never know that by following the headlines in today’s health care debate. We are preoccupied with questions of cost when it comes to universal coverage, but not when it comes to asking critical questions about an industry that maximizes its profits by denying care. Few are asking the most fundamental question: How can our health care system be overhauled so that it fulfills the human right to health care?

Answering this question is a moral imperative, one that requires us to prioritize principles such as universality, equity and accountability. Americans don’t argue that our elections or judicial system are un-American or negotiable because these processes require government involvement and investment to ensure that they function properly and are accessible to all. And while those seeking to undermine reform rally around cries of “government-run medicine,” our nation’s experience shows such slogans to be both inaccurate and misleading. Publicly-financed health care already exists in Medicare; publicly-operated health care is provided through the VA (with some of the highest patient satisfaction ratings among all health care delivered in the United States); and the postal service, schools, police departments, and fire departments are all “government-run” – and we wouldn’t want to do without them.

America needs a health care system that is equitable and fair. Too many of us suffer from disparities in accessibility and quality of care. For example, there is less than one doctor for every one thousand residents in Appalachia, and black women are more than three times more likely to die in pregnancy or childbirth as white women. And even for those who have insurance coverage, studies show that we may be just a medical crisis away from financial ruin. These types of imbalances are contrary to the American ideals of equality and fairness, which demand a health care system that does not discriminate against those who need it most.

The human right to health care requires that government be accountable for fulfilling that right. Health care is a public good, not a commodity and a healthy society benefits all of us. The government has a duty to ensure that the right to health care is being met; it does not have an obligation to provide private sector insurers and middlemen with increasing profits, as the current Wall Street driven model dictates. Through public financing and administration of health care we can minimize the profit incentives to deny care and instead guarantee access to quality care for all.

In his latest weekly address, President Obama recognized that health care is a “core ethical and moral obligation” in a move that may signal a shift in the administration’s messaging back to core human rights principles. Unfortunately, even the best of the health care plans on the table in Congress falls short of this lofty rhetoric. Low-income people would still have to pay up to 12% of their income for private insurance premiums, plus deductibles and co-pays. Middle-income families would get no support at all, yet not buying an insurance policy would be against the law. And millions of people would still be uninsured.

We – and our elected leaders – can do better. We live in a broken system, one where a fatal toothache serves as a dire reminder of how too many Americans not only lack insurance, but lack comprehensive coverage that provides easily-accessible and quality health care. Regulation and tinkering would no doubt make some marginal improvements to our failed system, but we don’t need tinkering. We need a game changer. We need a publicly run, publicly accountable, Medicare-like plan that would put the power back in the hands of those whose human rights and very lives are at stake – people like Deamonte Driver.

Riffing off of the news that President Obama is adding a moral component to his (heretofore mostly economic) pitch for health care reform, Desiree Evans, of the Institute for Southern Studies, writes:

Finding fresh ways to talk about socio-economic issues is not new in the health care advocacy community. Even as the Obama administration searches for a new way to pitch their proposed health reform, human rights groups and grassroots social justice networks have already been hard at work trying to shift the language and the thinking surrounding health care in the United States. They are using an oft-overlooked notion in the United States: “human rights.”

Desiree doesn’t explicitly answer the question in the title of her post — in reframing the health care debate, “is it too late for human rights?” The answer to that question is clear: no, it’s not too late.

Whatever happens with the current round of health care legislation — whether or not a bill passes, and if one does, whether it’s weak, strong, or even regressive — this is only the beginning of a long, long process in making the U.S. health care system truly universal, equitable and accountable. A bill would have to be implemented, which would take years. Crucial legislative questions will remain at the national, state and local levels. And there will be much more work to be done on absolutely central issues, like true fulfillment of the right to maternal health care in the United States.

But that’s a quibble. It’s a very informative post, on the imperatives of justice in health care reform, the historical roots of the human right to health care, and more — read the whole thing.

Until I attended law school, my strongest exposure to court rooms came from an old “L.A. Law” addiction.  (If you don’t know what that is, do me a favor and don’t depress me by asking.  Think “Boston Legal” for the 80s.)  One of my girlfriends in grad school came from a family with a strong legal tradition and was a lot savvier than me when it came to actual courtroom experience.  For years, her father argued cases in front of the Supreme Court and I listened with interest as she shared insider’s knowledge.  Jennifer said that one of the hardest things to explain to her dad’s clients was that by the time the cases reached the Supreme Court, they were not about them.  They had become cases about the law and the way the law is interpreted for everyone.

I’ve been thinking about that lesson this morning, as the California Supreme Court is hearing a challenge to Proposition 8.  It’s been a hard thing to explain to the people of California – and the country- that Proposition 8 is not just a case about same-sex marriage.  It’s a case about the rights of all minority populations in California.