END_OF_DOCUMENT_TOKEN_TO_BE_REPLACED

Community radio stations provide a vital outlet to share information most relevant to where people live and what affects them most. But despite a 2001 law that established a licensing regime, the government has only authorized new licenses for groups aligned with the ruling ZANU-PF party. There is a critical need for marginalized communities to have access to information that promotes education, shared experiences, history, music and oral traditions. END_OF_DOCUMENT_TOKEN_TO_BE_REPLACED

Amnesty International calls on President Nazarbayev to reject this discriminatory law. While the legislation’s complete text has not been made available to the public, and while Kazakhstani authorities have not responded to Amnesty International’s request for a copy of the full law, the local media have quoted members of Parliament referring to provisions that clearly discriminate against LGBT people in Kazakhstan. END_OF_DOCUMENT_TOKEN_TO_BE_REPLACED 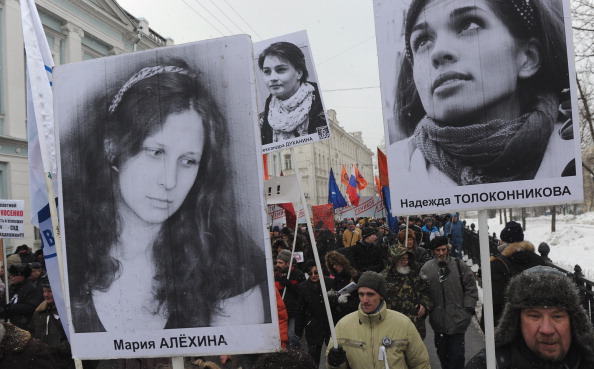 END_OF_DOCUMENT_TOKEN_TO_BE_REPLACED

My name is Lhamo Tso and I’m writing today to ask for your help securing the release of my husband, Dhondup Wangchen.

In 2008 Dhondup made a film called “Leaving Fear Behind,” capturing the voices of fellow Tibetans on the eve of the 2008 Beijing Olympics. China was awarded the prestigious Games with the hope that human rights in Tibet and elsewhere in China would improve.

Instead, China’s repression in Tibet has only worsened.

Attempts by Tibetans to secure their human rights are routinely crushed. Dhondup has been punished severely. He was tortured and held without charge for nearly a year, then sentenced in a secret trial to six years imprisonment for “inciting separatism.”

My husband has committed no crime.