The list below is just a snapshot of some of the many success stories and bits of good news that you made happen in 2015. Thank you for all your support – together, we are standing up for people risking everything to speak out. END_OF_DOCUMENT_TOKEN_TO_BE_REPLACED 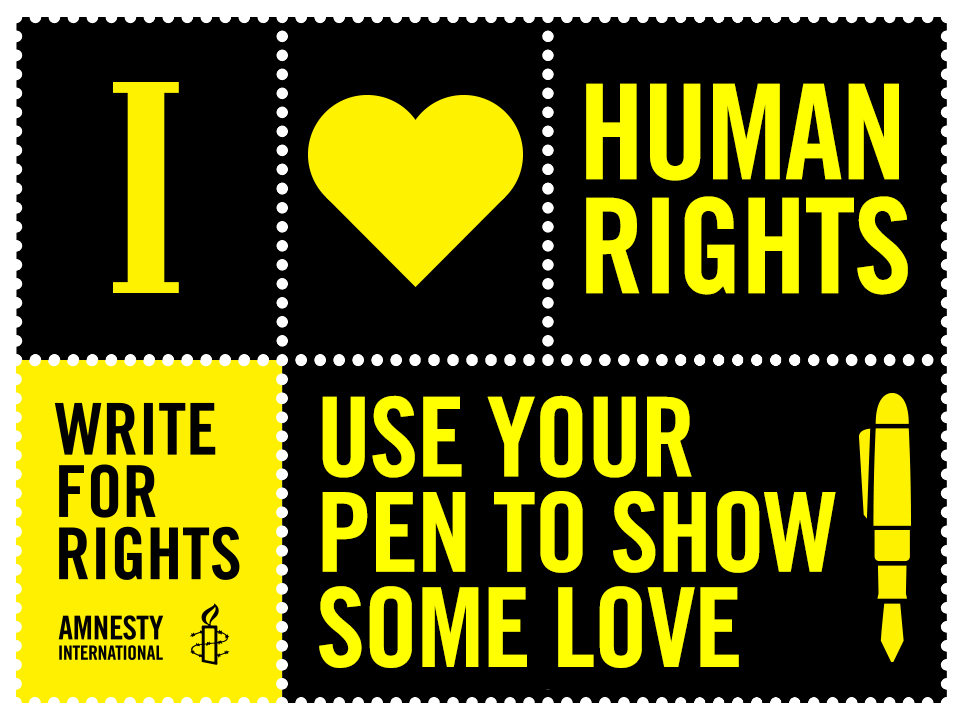 END_OF_DOCUMENT_TOKEN_TO_BE_REPLACED

Eight ambassadors to Syria took a dramatic step this week in condemning the Syrian crackdown by attending a vigil for a well-known Syrian activist. The activist, Ghayath Mattar, was reportedly killed under torture by security forces last week in Daraya, and his death was honored by hundreds of Syrians and the ambassadors from the US, Great Britain, Japan, and other EU countries.

The coordinated attendance of so many foreign leaders was an unprecedented and powerful statement of solidarity with the Syrian people that follows the deaths of an estimated 2,600 Syrians to date and confirmed reports of at least 95 deaths in detention.

The spiraling total of detainee deaths, together with the Syrian authorities’ failure to conduct any independent investigations, points to a pattern of systematic, government-sanctioned abuse in which every detainee must be considered at serious risk. END_OF_DOCUMENT_TOKEN_TO_BE_REPLACED

We are thrilled to announce the re-launch of the Amnesty International USA website!  The new site will make it easier for you to stay up-to-date on the latest human rights news and find opportunities to make a difference.  Here’s some of what you’ll find:

We hope the new site is both informative and helps you become a better human rights activist.  Please let us know what you think and how we can improve in the comments below!

Fifty years ago, Amnesty activists fought to free prisoners of conscience by putting pen to paper. In 2011, our goal is still the same, but things have gotten a little more high-tech. The pen is still a powerful tool, but now we’ve also got email and online actions in our arsenal. And now we can add another medium to that list: Twitter.

In early February, 14-year-old Faizan Rafiq Hakeem was arrested in Jammu and Kashmir for throwing stones. The police detained him under the controversial Jammu and Kashmir Public Safety Act (PSA). Under this act, he was held for over a month without trial—and could have been held for up to two years. Despite the fact that he was a minor, authorities claimed that medical tests proved he was old enough to be treated as an adult.

Amnesty called for Faizan’s release, and this call was answered by activists on Twitter. On April 1, Alaphia Zoyab, Amnesty’s Online Communities Officer for India began tweeting from the @aiindia account, and was joined by Govind Acharya—who posts on this blog—in the US. #freefaizan became a hashtag and Twitter users from all over began tweeting for Faizan’s freedom.

Activists tweeted directly to the Jammu and Kashmir Chief Minister Omar Abdullah @abdullah_omar, asking him to “free Faizan.” He replied to the tweets, saying “We are looking at his case sympathetically & will decide in the next couple of days” and eventually reconsidered the case:

A few days later, after this barrage of tweets, coupled with on-the-ground campaigning, on April 5 Faizan was free.

Thanks to social media, the world we live in is getting smaller and smaller—and the more interconnected we are, the harder it will be for human rights violations to go unnoticed. Faizan’s story is proof that enough voices speaking up about injustice are too loud to be ignored, especially on a public medium such as Twitter, where both action and inaction by those responsible can easily fall under scrutiny.

If you could launch a Twitter campaign to free a prisoner of conscience or promote human rights, who or what would you tweet for?

END_OF_DOCUMENT_TOKEN_TO_BE_REPLACED

UPDATE: Check out Amnesty’s brand new action page on Myanmar: Stand with the People of Myanmar. Demand they be given the three freedoms of expression, peaceful assembly and association. Also, show your support on twitter by start using #3freedoms

This is the first post of our human rights film series.

August 8, 2010, marks 22 years since Myanmar’s massive crackdown against student protesters, resulting in the deaths of 3,000 and the detention of countless opponents of the military junta.  Although 8/8/88 remains a disheartening defeat, it also continues to symbolize the hope for change.

Similarly, in 2007, citizens took to the streets again to wage anti-government protests.  However, this time, the demonstrations were led by thousands of monks, heralding the movement as the “Saffron Revolution” due to the color their robes.  Within weeks, the military brutally squashed the peaceful protests, evoking international condemnation and outcry.

That outcry was only made possible  by the Democratic Voice of Burma (DVB), a non-profit media organization based in Norway, which  filmed the events with hand cameras and smuggled the footage out of the country for international broadcasting. They communicated to the world the tense atmosphere, desire for basic human rights and desperate hope that Myanmar experienced in August and September 2007. The reporters of DVB took great personal risk to give the international community unprecedented access to the political and social atmosphere in Myanmar.

Yesterday, I finally got a chance to watch Burma VJ: Reporting from a Closed Country, an Academy Award nominated documentary created from the footage captured by the Democratic Voice of Burma during the “Saffron Revolution.”  The documentary is incredibly powerful and inspiring; Burma VJ highlights more than the overwhelming human rights abuses present in Myanmar by emphasizing the everyday devotion to freedom as well as the great personal risks that ordinary citizens assume to record political events. While emotionally poignant and insightful, Burma VJ also chronicles the challenging footsteps of video journalists in Myanmar in their quest to capture the truth. The desperate expectation for change is evident in the documentary and reminiscent of the political and social environment of August 8, 1988.

To catch a glimpse of daily life in Myanmar and view human rights activism and advocacy at its finest, watch Burma VJ. The documentary, produced by Anders Østergaard, was just released on DVD in the United States, so update your Netflix queue, sit back and get ready for some serious human rights activism!