The core group of eight students who created the mural were in an art class that was part of a special program that worked with Art and Resistance Through Education (ARTE), a non-profit organization that teaches young people about human rights through art. In their daily ARTE classes over the semester, they discussed many pressing human rights issues from child labor to human trafficking and practiced different creative mediums to make art to express their ideas and discover new ways to promote awareness of those topics.

On June 10th, these students unveiled their mural to a group of almost 100 students, family members, school administrators, volunteers, and community members. In a school whose population comes largely from Latin American immigrant families and 88% of whom are English Language Learners, the students chose to focus their final mural project on immigrants’ rights and racial discrimination because it spoke to their personal experiences and they hoped it would similarly resonate with others. One student, Franklin, expressed that the idea behind the mural, which they wanted to convey to their community was “we are all immigrants, and we should have freedom and respect from everyone.” Along with creating art with important messages, the ARTE students at Pan Am discovered ways that they could take their work further through advocacy and the idea of artivism (art and activism). They learned about infographics as an important visual design tool for conveying information, and created one together that detailed facts about their topic that they found particularly striking to be distributed at their final event. With help from Amnesty International USA, the students identified Amnesty’s Stop Arbitrary Detention action as an opportunity to support their work. This was many of the students’ first experience with advocacy, and they gathered over 50 signatures for the petition calling on President Obama to stop the use of detention against families fleeing violence in Central America. One student, Miriam, expressed that it felt good to “make people get together and fight for it [immigrant rights] because a lot of people had that problem,” speaking of those in her community and across the country who have struggled with discrimination and have had their rights violated. 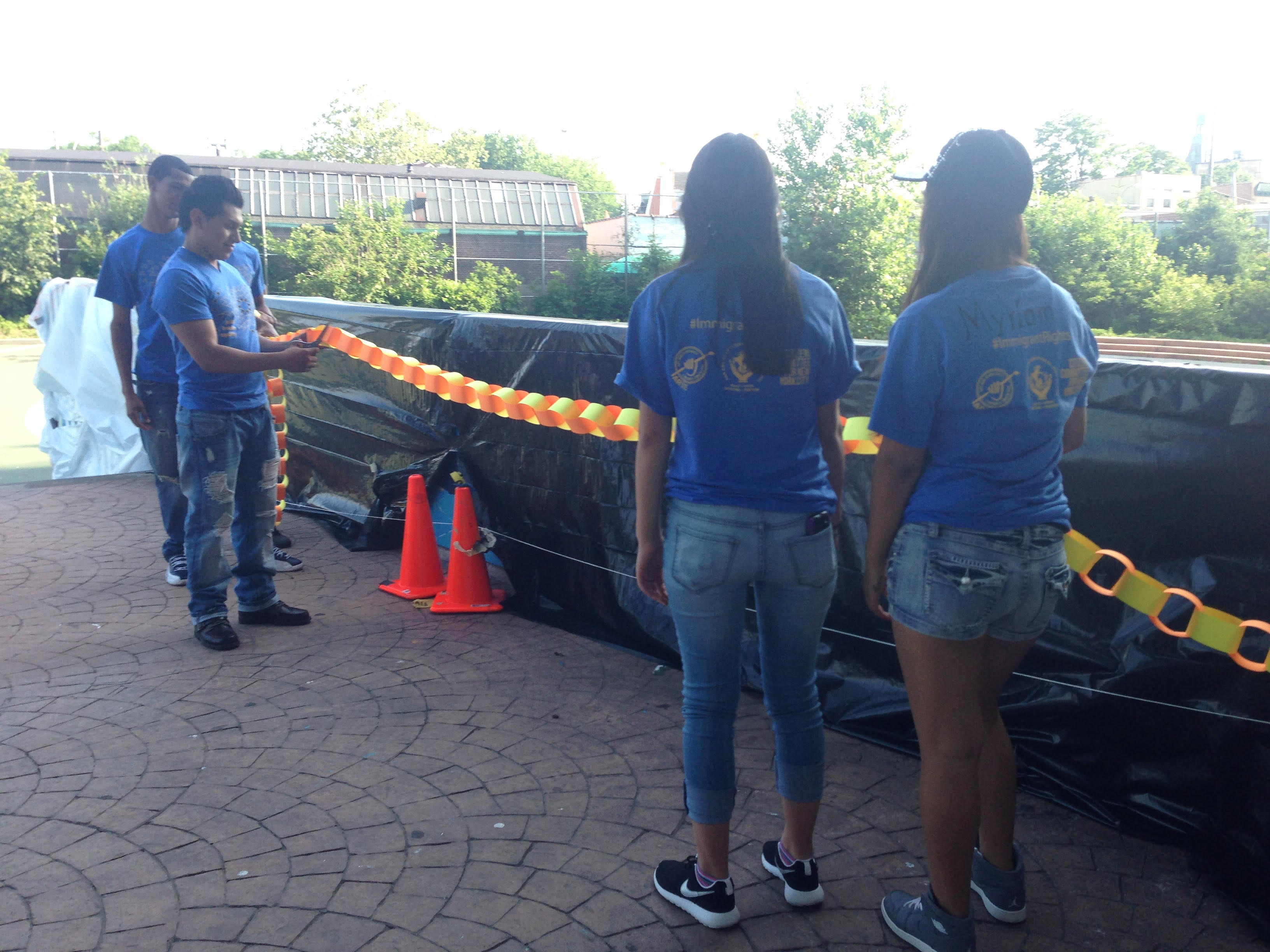 For many of the Pan Am ARTE students, it was the first time they had ever participated in a mural project or thought of art as a medium for advocacy and spreading a message. Now they feel equipped to teach others about the topics they studied and are proud that each time someone passes by their piece of art, they will be reminded of its message of human rights and justice.

For more information on ARTE, please visit our website at www.artejustice.org. If you would like to add your support to stop arbitrary detention here.

Michaela Miragliotta is a graduate of the University of Massachusetts Amherst and works to develop curriculum and facilitate workshops for Art and Resistance Through Education (ARTE).

Marissa Gutiérrez-Vicario, based out of New York City, is the Founder and Executive Director of Art and Resistance Through Education (ARTE).