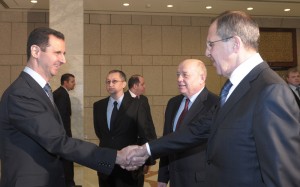 Meanwhile, Syrian civilians continue to be killed in a government campaign that amounts to crimes against humanity.  Since the Syrian government’s crackdown began last March, Amnesty International has received the names of some 9,750 people who have been killed, including more than 700 children.

Tomorrow, the UN Human Rights Council will hold a special session in Geneva to focus on Syria and the recent killings in Houla. 51 nations supported the call for the session.  Such efforts are significant barometers of global sentiment.

It is crucial that the UN Security Council itself take action by referring the deteriorating security situation in Syria to the International Criminal Court. That means that Russia must drop its opposition to such an action immediately.

9 thoughts on “Will Russia Stop Blocking UN Action on Syria?”