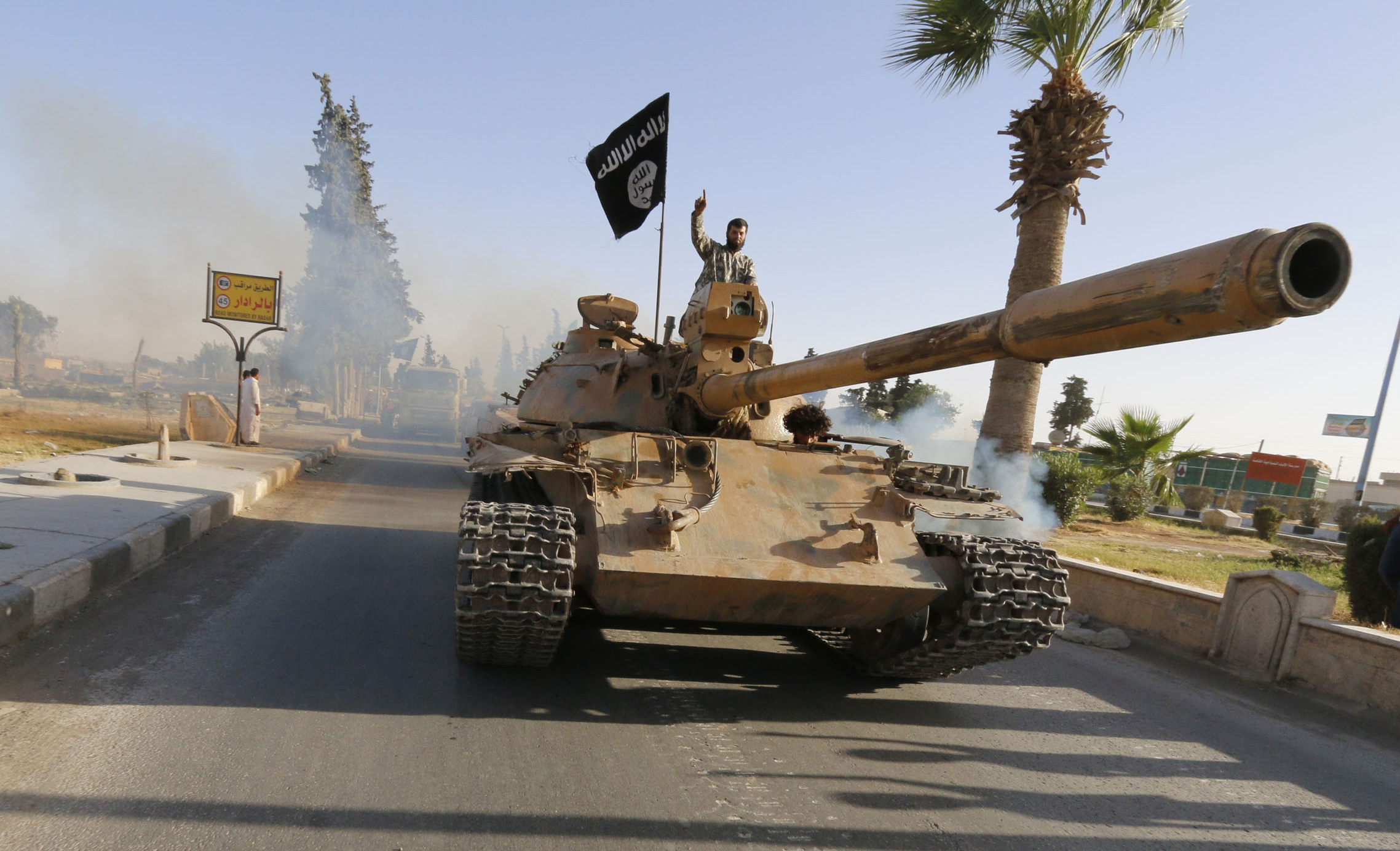 Masked militants dressed head to toe in dark jumpsuits, lifting black flags and brandishing Kalashinov (AK-47) rifles: that is the now-iconic image of the armed group calling itself Islamic State (IS). Over the past few years IS has amassed a vast arsenal, which it has deployed to commit a staggering array of atrocities with open disregard for international human rights and humanitarian law. Without hesitation, the IS military campaign has targeted its small arms and artillery at civilians – abducting, torturing, raping, and summarily executing people across Iraqi and Syrian territory.

So where do the militants of Islamic State get their guns? The most succinct answer is: Iraq. As documented by Amnesty’s comprehensive new report, Taking Stock: Arming Islamic State, the vast majority of IS weapons have come from poorly secured Iraqi stockpiles. But then, we must wonder, where did those weapons come from, and why were they so poorly secured? Here the picture becomes complex, and it ought to give pause to anyone advocating that yet more weapons be poured into this explosive situation. 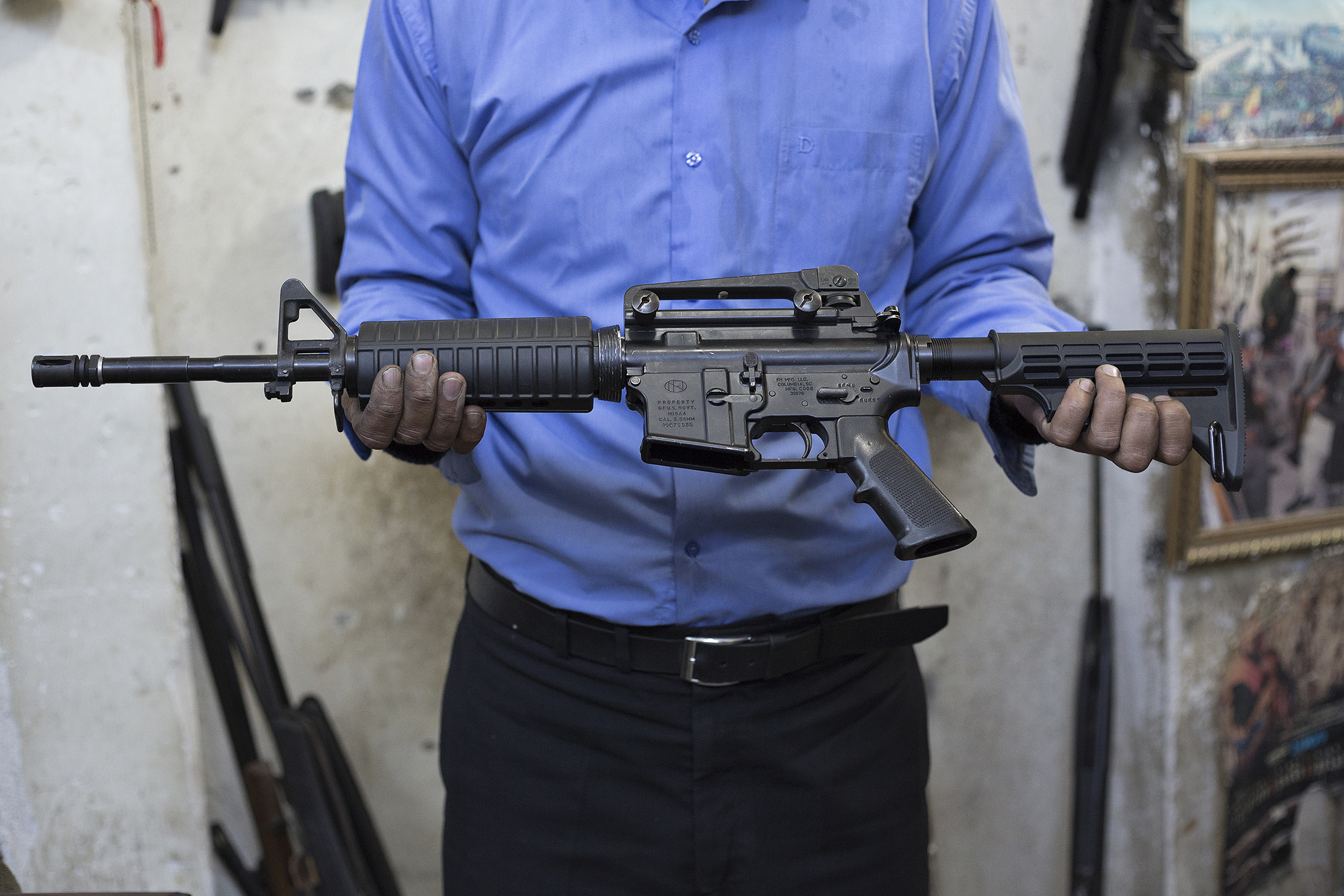 25/02/2015. Erbil, Iraq. A Kurdish gunsmith holds an American made M16A4, previously owned by the Iraqi Army and then by the Islamic State, after the weapon was converted in to an M4 carbine type rifle. The weapon was captured from the Islamic State by a member of the Kurdish peshmerga who wished to have it shortened.

The world has been arming Iraq for a long time. When U.S. troops rolled into Iraq in 2003, Saddam Hussein was thought to be in control of at least 4.2 million firearms. That stockpile was a carry over from the Iran-Iraq war of the 1980s, during which no fewer than 34 countries supplied Iraq with weapons. Unfortunately, U.S.-coalition forces failed to secure Saddam Hussein’s weapons depots, and over the course of 2003 most of the firearms that had been under control of Iraqi forces simply disappeared – pilfered, looted, or clandestinely traded. Many of them are turning up in the IS arsenal today.

But that is hardly the end of the story. Over the next several years, the U.S.-led coalition imported more than a million small arms and light weapons into Iraq. About a quarter of these were U.S. armaments, but as Amnesty documented at the time, the majority of them were brand new weapons in Soviet style. The Iraqi preference for the easy-to-use and familiar AK-47 sent the U.S. shopping for small American companies that could procure new weapons from suppliers abroad, including firms in China and Jordan. In this manner, hundreds of thousands of Kalashnikov-type rifles, PKM machine guns, RPG-7s, Glock pistols, and many millions of rounds of ammunition flooded into Iraq. Improvised mortar rounds manufactured by IS forces and captured by Syrian Kurdish People’s Protection Units in Kobane during the siege of Kobane (September 2014 – January 2015), documented by a CAR Field Investigation team on 21 February 2015 in Kobane.

Reports and warnings from the U.S. Special Inspector General for Iraq Reconstruction (SIGIR) that thousands of weapons could not be accounted for started arriving as early as 2006, but were to no avail. U.S. officials saw record keeping and accountability as a luxury they couldn’t afford in wartime. And in the post-occupation period, the Iraqis continue with an appetite for more weapons. After a brief slowdown of deliveries in 2007 – during which time Iraq turned first to China and then to Serbia for additional rifles, pistols and machine guns—the arms flow from the U.S. has resumed. The Amnesty report notes that by 2014, the U.S. had delivered over $500 million in small arms and ammunition to the Iraqi government.

In principle, these U.S.-supplied weapons are subject to continued monitoring, but as recently as September 2015 a report by the Department of Defense’s Inspector General found that U.S. personnel at Iraq’s Taji National Depot “did not have accurate knowledge of the contents of individual supply warehouses under Iraqi control at that location…  In some cases, even the Iraqi Army did not know what supplies were present.” Some equipment, which had never been opened or inventoried, was stored in the open in shipping containers; despite deliveries of over 32 million rounds of ammunition, Iraqi units reported they were short of training ammunition. 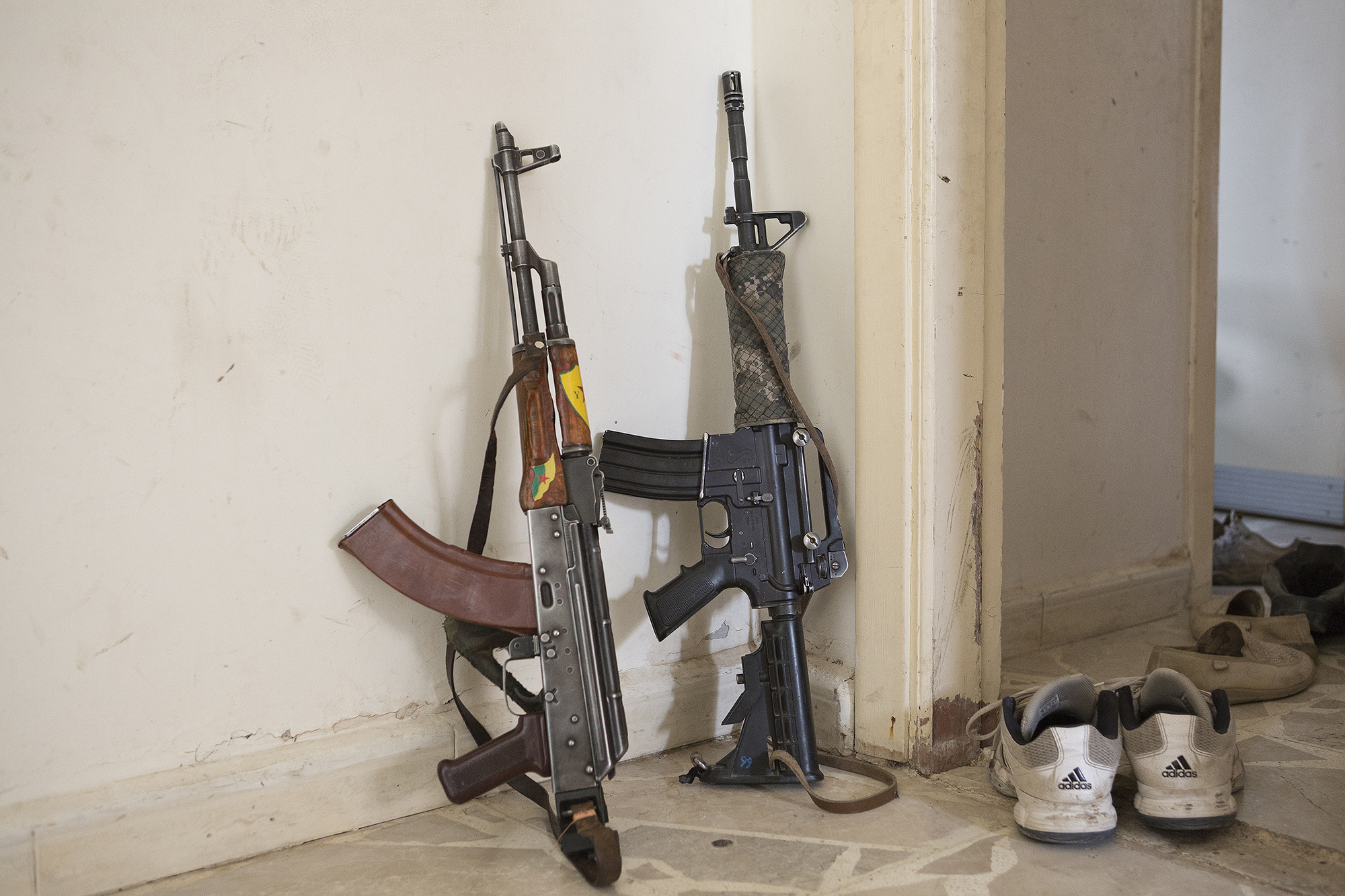 For these lapses and anemic controls, we are now paying the price. As documented by the Amnesty report, Islamic State today is using more than 100 different types of arms and ammunition originally sourced from at least 25 countries. The weapons they have amassed are directly attributable to decades of irresponsible arms transfers into Iraq and multiple failures to monitor the security of weapon stocks, exacerbated by corruption within Iraq itself.

There is no reason to think circumstances are improving or will improve. In face of that reality, it is time for the U.S. and other arms-supplying states to adopt a “presumption of denial” attitude toward arms exports for Iraq. This means the onus should be on Iraqi authorities and all exporting states – including the U.S. — to demonstrate objectively that robust measures are in place to prevent those arms from being diverted to those who are likely to commit or facilitate serious violations of international human rights and humanitarian law. Absent that assurance, the U.S. must halt further transfers to Iraq. U.S. arms transfers played a major role in exacerbating the threat of the Islamic State – it’s time to stop pouring gasoline on the fire.

10 thoughts on “Who Is Responsible for Arming Islamic State?”