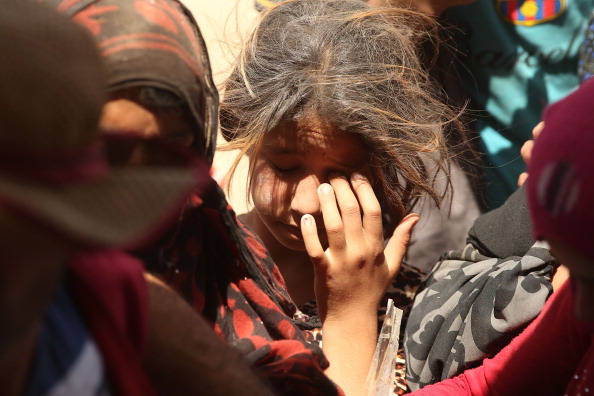 Whether deliberately targeted or caught in the crossfire of often reckless fighting, civilians are bearing the brunt as ISIS and other Sunni armed groups and the Iraqi armed forces and Shi’a militias battle each other.

At nightfall in the nearby town of Kalak, east of Mosul, I met several Christian families who had just arrived from Qaraqosh.

“We heard loud bangs, people said it was mortar strikes, I don’t know how near they were,” a father of four young children told me. “We just got in the car – my wife, the children, my parents and my wife’s aunt – and left without taking anything. I don’t know where we’ll spend the night, but at least we’ll be safe. Tomorrow we’ll see if it’s safe to go back home – what else can we do?”

But as clashes between ISIS militants and Peshmerga forces raged on, Hamdanya residents fled en masse. On June 26, I found the area completely empty, except for two families who were waiting to leave, an old man who told me he would die in his home, two doctors and two priests. Surrounding towns and villages overflow with displaced families. 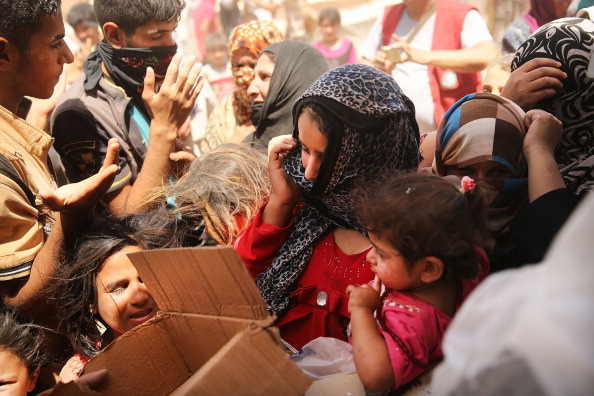 Tens of thousands of people have fled Iraq’s second largest city of Mosul after it was overrun by ISIS militants. Many have been temporarily housed at various IDP camps around the region (Photo Credit: Spencer Platt/Getty Images).

In Mosul, I visited the families of five young men who were killed June 7 when an artillery shell struck the roof terrace where they were sitting drinking tea and chatting.

“We repaired this, but nothing will repair my broken heart,” the father of Seif, one of those killed, told me while pointing to the recently repaired hole left by the shell. “My boy was taken from me and my other son was so badly injured he will never recover. I thank God that my other children are safe. We were in the room next to the one where the shell came through. We could have all been killed if we had been in the next room.”

Seif’s younger siblings and other neighbors told me that the strike which hit the house was the first of a series of seven or eight strikes they heard. The rest landed nearby, thankfully without causing further casualties.

Seif’s older brother, the only survivor from the group who was sitting on the roof terrace when the shell struck, is bedridden and clearly in a lot of pain. Large pieces of shrapnel ripped through his chest, abdomen and groin, causing serious damage to internal organs.

He spoke with difficulty, grimacing and groaning in pain at the slightest movement.

“Nobody was going out because of the situation, so we were sitting in our home, with family and neighbors,” he said. “My parents, the women and children were downstairs and we, the young men, me and my brother and our neighbors, were sitting on the terrace. We did not hear any strikes before the one that hit us – we would not have stayed on the terrace otherwise. I just remember seeing a flash of light and a lot of pain.”

A civil servant who was with the Iraqi army as they withdrew from the city told me that at that time, the army was shelling the west of the city from the barracks of the second brigade (al-firqa al-thaniya) in al-Kind area in the east of the city.

Artillery is too imprecise and should never be used in residential areas full of civilians. Repeatedly using such weapons in this manner, without due regard for the harm being caused to civilians, violates international humanitarian law and is a war crime.

Other civilians have been killed in similar strikes more recently in and around Tal ‘Afar, north-west of Mosul. On June 22, as I was interviewing a family who fled Tal ‘Afar and is now sheltering near Erbil, they received a call from their relatives in Tal ‘Afar, telling them that their cousin, Adnan, his wife Zeinab and their two young children, a boy and a girl aged six and eight, had just been killed in an artillery strike by the Iraqi forces on their home.

Nine other civilians were killed and several injured in another strike by the Iraqi forces in Aayadiya, where they had sought safety after fleeing their homes in Tal 'Afar. Among the victims were children, women and elderly people.

”
They fled Tal ‘Afar when it had been taken over by ISIS earlier this month, but returned back home two days earlier, thinking that it was now safe and to escape grim conditions in the place where they were sheltering.

Nine other civilians were killed and several injured in another strike by the Iraqi forces in Aayadiya, where they had sought safety after fleeing their homes in Tal ‘Afar. Among the victims were children, women and elderly people. There are many more such cases which do not get reported because as civilians flee from place to place even relatives lose touch with one another. 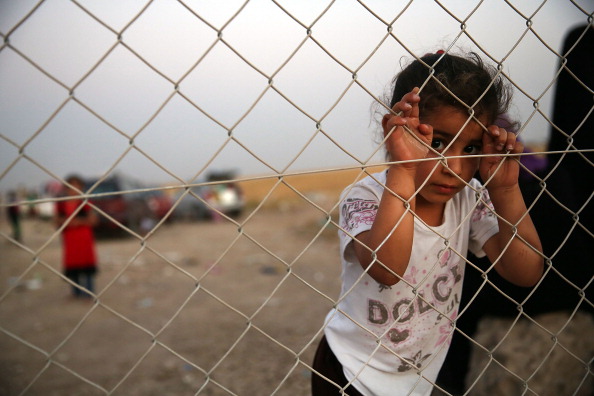 An Iraqi child waits with her family outside of a temporary displacement camp for Iraqis caught-up in the fighting in Khazair, Iraq. Khazair is now home to an estimated 1,500 internally displaced persons (IDP’s) with the number rising daily (Photo Credit: Spencer Platt/Getty Images).

In Mosul, I passed by groups of men outside mosques where former policemen, civil defence members and others go to publicly “repent” (Towba) for their association with the government that now no longer controls the city. They are doing so in response to ISIS announcement that those who “repent” will not be harmed.

However, there is no guarantee that ISIS will keep its word. Rather, its brutal track record raises fears that they may do just the opposite – if not now, later. Those who “repent” have to hand over their ID cards and personal details, which will make it easier for ISIS to find them if they decide to go after them.

ISIS has publicized and even boasted about some of its atrocities, while the Iraqi government, busy trying to secure international support, has been keen to hide those committed by its forces. Witnesses leaving Mosul and Tal ‘Afar say the armed forces killed detainees in detention centers.

As the confrontations continue to escalate, civilians are increasingly at risk of a multitude of violations by all sides.

This piece originally appeared in the Huffington Post on June 27, 2014.

One thought on “War Crimes Committed in the Battle for Mosul”