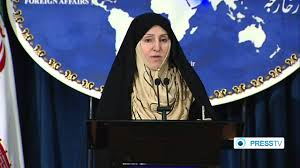 Iranian state-controlled news media have been having an extended field day recently, gleefully reporting on the ever-unfolding news about human rights violations committed by agents of the U.S. government. These include of course the revelations in the recently released CIA torture report and the police killings of unarmed African-American men in Staten Island, Ferguson and elsewhere. Iran’s foreign ministry also recently deplored the United States “flagrant and systematic violation of the rights of its minorities.”

The first reaction might be incredulity; after all, the Iranian authorities are guilty of many of the same violations committed by the U.S. government. Those who are arrested and detained in Iran, including prisoners of conscience, are subjected to brutal torture and ill-treatment in custody. This is especially true of members of Iran’s own ethnic minorities, including Kurds, Arabs and Baluchis who are accused of politically motivated offenses. Iran’s own record of discrimination against its ethnic and religious minorities is nothing short of unconscionable.

But this is also an opportunity for us to reflect on the universality of human rights—the bedrock principle that undergirds the work of Amnesty International. We can only be effective if we condemn human rights whenever and wherever they take place. No one is given a pass. That is why it is so important that Amnesty International and its activists, including those in the US section, speak out against human rights violations in our home, the United States. There are many reasons for doing so, but one certainly is that it guarantees that we have legitimacy and credibility when we criticize violations in countries that, like Iran, maintain poor relations with the U.S. government. This way the Iranian authorities cannot weasel out of facing up to their human rights record by claiming that they are being unfairly singled out. In fact, Iran even cites Amnesty International reports, for instance Amnesty’s recent reports on Israeli human right violations in Gaza.

As we rightly condemn the outrageous practice of torture in CIA-controlled facilities we must also remind Iran that they are lobbing stones from their glass house when they continue to perpetrate their own egregious human rights violations. A recent press release issued by Amnesty International on Iran highlights a number of these abuses: ten political prisoners undertaking hunger strikes to protest their conditions are in imminent danger of execution, one of them a juvenile offender. The abuses involved include, first of all, the death penalty (Iran executes more people annually than any country other than China); the execution of juvenile offenders; unfair trials (the defendants were convicted and sentenced after trials in Revolutionary Courts that failed to adhere to international standards); torture and ill-treatment in custody; and the targeting of ethnic minorities (the defendants are all ethnic Kurds).

As representatives of the U.S. government and the Iranian government condemn each other’s human rights violations while justifying or ignoring their own, Amnesty International activists must insist that the same standards apply to everyone.

One thought on “Throwing Stones from the Glass House: The View of U.S. Human Rights Violations from Iran”