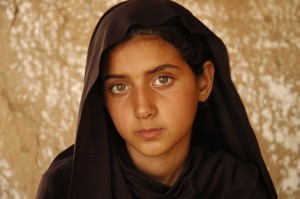 It was just after midnight on the East Coast when the first news story came out. I’d been sitting on another edge of another bed in another bland hotel room for a few hours by then, typing up notes from our tour stop in Madison and planning the next day’s action in Minneapolis. At least that’s what I’d meant to do. Really, I was waiting for this very moment. The new Amnesty International report on drone strikes in Pakistan had finally been released.

My Twitter feed was soon full of chatter about drones, and about the civilian deaths outlined in the report. I clicked over to the Amnesty website to open the report, and saw the face of Nabeela Bibi, the eight-year-old girl who had watched her 68-year-old grandmother, Mamana, blown to pieces while she was picking vegetables in the family fields. My cell phone buzzed and I looked down at a text message from my friend, a fellow activist who has been working on this issue for years.

“The report broke my heart,” she said. “It reaffirmed my belief in truth-seeking.”

For weeks now, we’ve been on the road, building the movement that will bring justice for the family of Mamana Bibi, and make sure Nabeela does not continue to live in fear that she will be next. After 5 stops, dozens of new people have joined Amnesty International, affirming their commitment to standing with individuals and communities at risk of human rights abuses, and my belief in truth-seeking has been reaffirmed, too. Hundreds have participated in the tour, and thousands have been reached. It has been incredible to watch people learn about the secrecy and devastation of the U.S. government’s drone program, and make the choice to stand up and fight back. 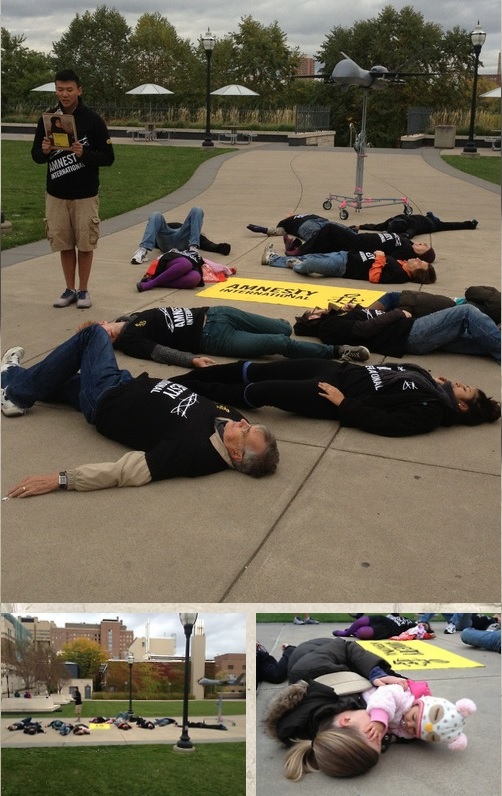 Amnesty USA #GameOfDrones Die-In Action at the University of Minnesota

Today, this fight takes on even more meaning. Now we know Mamana Bibi’s story, and the stories of other civilians who have been killed or injured by U.S. drones in Pakistan. We need to know why she was killed, and we need to know that nothing like this will ever happen again. We’ve been calling for transparency so far. Right now, we must raise our voices even louder, so that both President Obama and Congress hear us, and they tell us why a 68-year-old woman was killed in front of her grandchildren.

This week, Nabeela Bibi traveled with her family to Washington, D.C. to testify before Congress about what happened to her grandmother, and about the reality of life under drones. Months ago, she told Amnesty researchers, “I wasn’t scared of drones before, but now when they fly overhead I wonder, will I be next?”

Before Congress, she told the story again of being blown off her feet, of picking up the pieces of her grandmother. She traveled over 7,000 miles. Five members of Congress showed up. 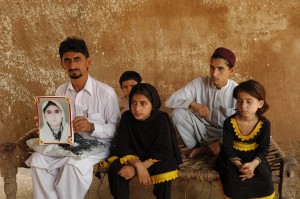 Nabeela Bibi (center) with her family after her grandmother’s death.

We need to hold Congress accountable for what is happening on its watch and make sure Nabeela’s voice is heard. If we act now, by calling our Members of Congress, we can push them to open investigations into the killing of Mamana Bibi and others. When we organize together and talk to as many people as possible, we can motivate thousands to build a movement that Congress can’t ignore.

As I gear up for the final leg of the #GameOfDrones tour, with upcoming stops in Los Angeles, Austin, and Salt Lake City, I’m asking you to join me by organizing events and actions in your own communities. We’ve put together an Activist Toolkit that can help you seize this moment and to get as many people as possible to join you. I want to see our Storymap fill up with new actions around the country, so upload photos to Instagram with the hashtag #GameOfDrones.

Join me in committing to build this movement so that the truth in the new Amnesty report is heard. This weekend, Amnesty members in Los Angeles and Washington, D.C., will be rallying for justice for victims of unlawful drone strikes. In the coming weeks, activists around the country will be going to the offices of Members of Congress to demand answers. It’s time to follow Nabeela’s lead, and to stand by her side before the people with the power to end this Game of Drones.

23 thoughts on “This Girl Traveled Over 7,000 Miles to Tell Her Story, 5 Members of Congress Showed Up”