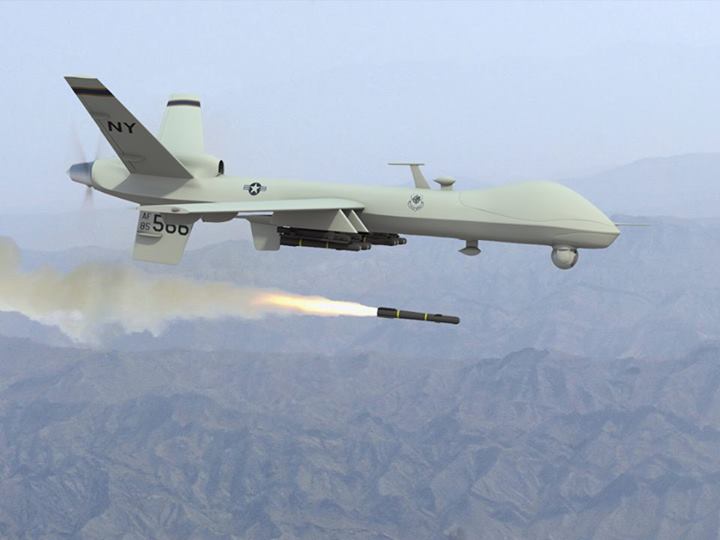 Amnesty said in a report released in October that the U.S. carried out unlawful drone killings in Pakistan, some of which could amount to war crimes or extrajudicial executions. The Administration refused to confirm or deny our account or publicly commit to investigating potentially unlawful killings.

Nearly every month of 2013 brought a devastating revelation about the secret U.S. drone program, which has reportedly involved more than 400 drone strikes and killed more than 4,700 people. Here’s a look back at the secrets that were exposed, the promises made, and the ugly realities that remain:

January 2013: The White House reportedly finalizes a lethal “playbook” with rules for the secret killing of terrorism suspects. The CIA conducts drone strikes in Pakistan, but they are reportedly exempt from the playbook’s rules.

“There’s a sense that you put the pedal to the metal now,” the Washington Post reports an unnamed U.S. official as saying about the CIA’s continued killings.

The Obama administration still refuses to officially acknowledge the spy agency’s role in killing, let alone say what rules apply to it.

February 2013: A confidential U.S. Department of Justice memo on the killing of U.S. citizens is leaked to NBC News, sparking a political firestorm. Under a radical redefinition of the legal term “imminent threat,” the memo concludes that the government can deliberately kill U.S. citizens even where there is no intelligence indicating they are actively involved in plotting an attack.

The Obama administration never released the full memo to the public, or renounced its redefinition of “imminent threat.” Not even Congress has access to the legal memos on the killing of non-citizens – who make up the vast majority of those killed in drone strikes.

March 2013: Senator Rand Paul wages one of the longest filibusters in U.S. Senate history over the drone program’s secret rules, which he warns could permit killing citizens on U.S. soil.

The Obama administration disclosed the killings of 4 U.S. citizens, saying that Anwar Al Aulaqi was “specifically targeted.” But it never explained how or why the three other people were killed, including New Mexico-born teenager Abdulrahman Al-Aulaqi.

April 2013: McClatchy News describes secret intelligence reports showing the U.S. often killed unidentified “other militants” and “foreign fighters” – not senior members of Al Qaeda, as senior U.S. officials had often claimed. The New York Times reports that the genesis of the drone program was a for-hire killing: the CIA secretly agreed to kill Nek Mohammad, who was “marked by Pakistan as an enemy of the state” but who was not an Al Qaeda operative, in exchange for access to Pakistan’s skies for drone strikes.

Other than 4 U.S. citizens, the Obama Administration has not disclosed the identity of any of the thousands of people who have been killed by drone strikes in Yemen and Pakistan.

May 2013: After months of controversy, President Obama makes the first major national security address of his new term and acknowledges civilian casualties from drone strikes, saying “these deaths will haunt us as long as we live.”

“Before any strike is taken, there must be near-certainty that no civilians will be killed or injured,” he pledges. His administration issues a “fact sheet” on “policy standards” for killings.

Spokespeople continue to duck questions about specific strikes where the “near-certainty” standard may not have been met.

August 2013: A spate of drone strikes in Yemen renews questions about the drone program and the Administration’s reforms. Observers suggest the Administration may have suspended the “policy standards” it announced in May – without any public notice.

The Administration has never set out the legal rules – as opposed to malleable policy standards – it believes govern drone strikes. How the government defines whom it can target is still unknown. 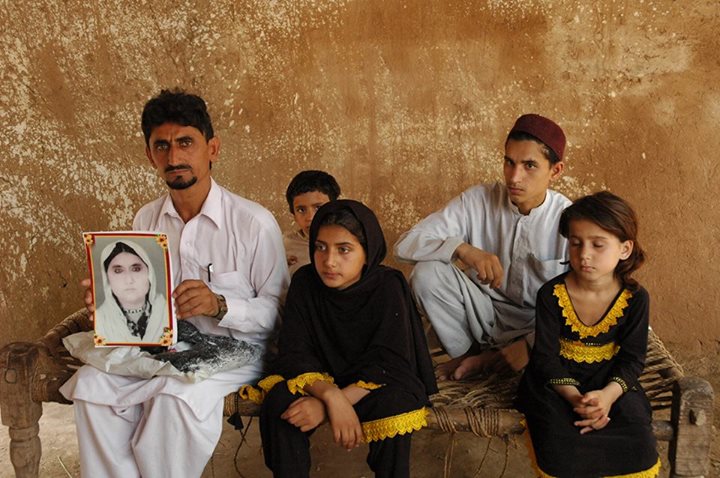 Mamana Bibi’s family. Mamana Bibi was a 68-year-old woman picking okra with her grandchildren when she was killed by a drone strike.

October 2013: Amnesty International says in a new report that the U.S. carried out unlawful drone killings in Pakistan, some of which could amount to war crimes or extrajudicial executions. It describes the killing of grandmother Mamana Bibi, who was struck by a drone’s Hellfire missiles while she was picking vegetables in her family’s fields. The report adds to mounting evidence of so-called rescuer strikes, in which those who ran to the aid of the victims of an initial drone strike were themselves targeted in a follow-on attack.

The Administration has refused to either confirm or deny Amnesty’s account of these killings, or publicly commit to investigating potentially unlawful killings.

December 2013: A drone strike in Yemen reportedly kills 15 members of a wedding party. Despite public outrage in Yemen, the U.S. government fails to acknowledge responsibility for the strike.

Despite President Obama’s pledges of increased transparency, drone strikes in Yemen remain as cloaked in secrecy as those in Pakistan.

You can help. Demand President Obama end the secrecy on drone strikes. Sign our petition.

6 thoughts on “The Year in Drones: The Secrets Exposed, Promises Made and Ugly Realities That Remain”