But nearly five years on, as he sits in front of a United Nations Committee in Geneva today, Abdel Nasser feels that someone is finally listening to his side of the story.

“We were seen in the eyes of the government as having neither opinions nor rights, and treated as subjects that can be repressed, as if we were not humans who have rights and views,” he told Amnesty International. 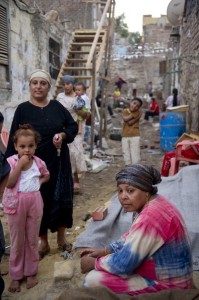 A stretch of slums next to the government housing project The Martyr’s City (Photo Credit: Ann Hermes/The Christian Science Monitor via Getty Images).

Abdel Nasser’s experience is tragically common in Cairo after the government in 2008 issued a development plan known as “Cairo 2050” – renamed “Cairo 2052” after the uprising in 2011 – aiming to modernize the city.

“The Egyptian authorities are not addressing poverty,” said Nicholas Piachaud, Campaigner on North Africa at Amnesty International, who is attending the U.N. session in Geneva. “The plan will uproot thousands of Egypt’s poorest from their jobs and social networks, and dump them in new cities, without job opportunities and services.”

Twelve million Egyptians currently live in informal settlements, many driven there by a crisis in affordable housing.

For them, every day is a struggle for dignity. Some communities live under unstable cliffs or high-voltage power lines. Some even live in graveyards.

Marwa Fouad is one of them. When Amnesty International met her in 2010, she lived in the burned-out remains of her home in the informal settlement of Al-Duwaqa.

As her home went up in flames after an accident, she had to throw her twin babies from the balcony to save them, praying that her neighbors below would be able to catch them. The babies survived.

When her pleas for temporary shelter and alternative housing were ignored by the Neighborhood Authority, she had no other choice but to move back into the ruins of her home. 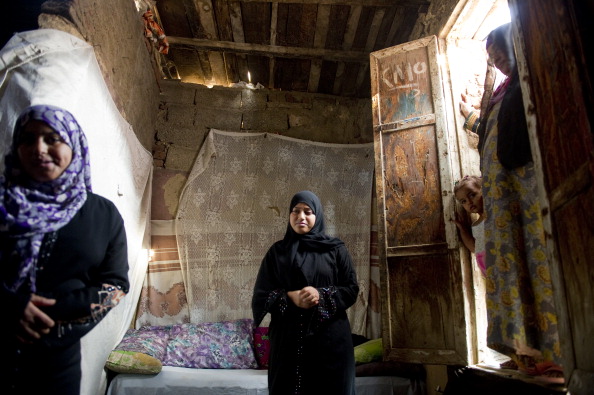 Nearly five years after he was forced out of his home, Abdel Nasser will finally have an opportunity to be heard.

Today, Egyptian government representatives are in Geneva, where they are sitting in front of the United Nations Committee on Economic, Social and Cultural Rights to answer questions about the country’s human rights situation.

Egypt has told the Committee that its national housing program will deliver thousands of new homes. However, questions remain over whether Egypt’s poorest will be able to afford them, and whether supply will truly meet demand.

“The truth is that there are no quick fixes for Egypt’s housing crisis,” said Piachaud. “But immediate measures could be taken. The Egyptian authorities could, for example, pass a law prohibiting forced evictions and ensure any plans affecting communities are brought to those communities for consultation and participation.”

The fact that human rights activists have the chance to speak to the U.N. is a good sign. But there are fears the Egyptian authorities might soon curtail such opportunities too.

One activist told Amnesty International: “I could be arrested just for speaking here.” 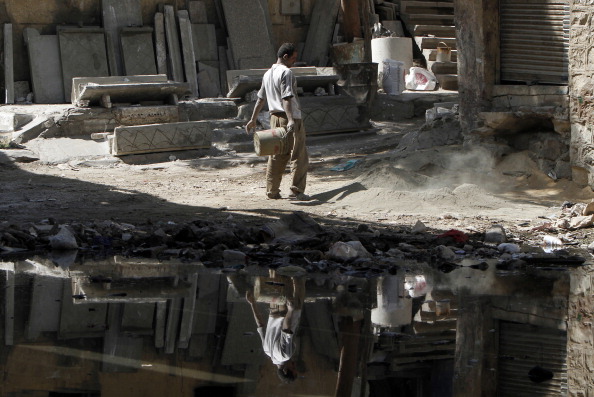 An Egyptian man works at a Cairo slum. Forty percent of Egyptians live on two dollars a day or less, according to the World Bank. Unemployment is rife among the young, forcing many to put off marriage and children until well into their 30s. (Photo Credit: Mahmud Hams/AFP/Getty Images).

One thought on “The Dirty Secret Behind Cairo’s Development Dreams”