It didn’t have to be this way. A promising young physicist, beloved by his colleagues, lies in a hospital bed with just one kidney left. The other was removed because cancer had spread to the point where it was no longer salvageable. If he had only been permitted to get the treatment he needed earlier, he might still have his kidney today.

Omid Kokabee has already suffered far too much. The 33-year old scientist has been in either prison or the hospital since he was arrested in Iran more than five years ago in January 2011. After a flawed and unfair trial in an Iranian Revolutionary Court, he was sentenced to ten years in prison on absurd charges of communicating with a hostile government (ostensibly the United States). His crime? He had studied Physics in Barcelona and was doing doctoral research at the University of Texas, thereby making him a target of the Iranian security apparatus continually on the look-out for those they can claim to be traitors lured by western governments to subvert and undermine the Iranian government. Further, he was recognized as so talented, that the Iranian government had tried to recruit him to participate in that country’s nuclear program. Omid Kokabee had refused, as he intended to use his knowledge for peaceful purposes, including investigating the potential of lasers for new medical applications.

Amnesty International considers him to be a prisoner of conscience, persecuted solely because of his refusal to work on military projects in Iran and as a result of spurious charges related to his legitimate scholarly ties with academic institutions outside of Iran.

In 2013 the American Physical Society awarded the Andrei Sakharov Prize to Omid Kokabee “for his courage in refusing to use his physics knowledge to work on projects that he deemed harmful to humanity, in the face of extreme physical and psychological pressure.” In 2014 the American Association for Advancement in Science gave him its Scientific Freedom and Responsibility Award. Thirty-three Nobel Physics Prize laureates signed on to a letter to Iran’s Supreme Leader in 2014, calling for Omid Kokabee’s release. Thousands, including Amnesty International activists and partner organizations such as the Committee of Concerned Scientists, the American Physical Society, Scholars at Risk, the International Campaign for Human Rights in Iran, Iranian-American humorist Maz Jobrani, and countless others joined the campaign to win freedom for Omid Kokabee.

In October 2014 we thought we saw the light at the end of the tunnel when the Iranian Supreme Court set aside his ten-year prison sentence and called for a re-trial. However, in an unprecedented rebuke to the Supreme Court, the Revolutionary Court reinstated the ten-year sentence in January 2015.

Omid Kokabee has suffered numerous severe medical problems while in prison including his kidney ailments, stomach pain, heart palpitations and severe dental problems resulting in the loss of several teeth. Health problems are frighteningly common among political prisoners in Iran due to the deplorable sanitary conditions and medical neglect in Iran’s prisons. Authorities ignored the recommendations of the prison doctor to release Omid Kokabee so that he could receive the specialized care he was not getting in prison—as mandated by Iranian law. He was finally permitted to go to a hospital in November 2015, by which time his condition was dire. 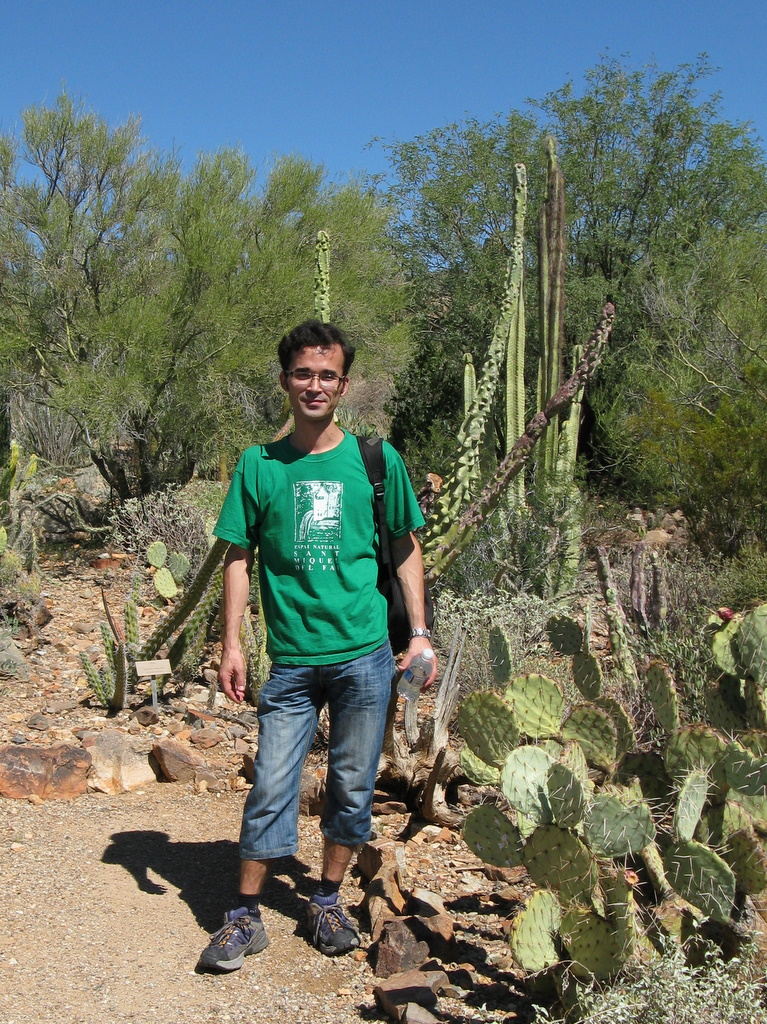 Incredibly, Omid Kokabee could be returned to prison at any time and required to serve the remainder of his ten-year sentence. I fear that his health is far too fragile and that a return to prison could be fatal. I have been working on this case for many years now and feel a special connection to Omid. Just looking at these photos you can get an idea of what Omid is like as a person and his joie de vivre—he loves nature, is playful, curious and interested in the world around him—in addition to being a brilliant and gifted scientist. The reality that he is wasting away instead of engaging with the world is truly heart-wrenching. His teachers and fellow students in Barcelona and Austin have been working continually on his behalf, a testament to the depth of their feeling for this warm and friendly young man.

Please take action immediately to save Omid Kokabee’s life and urge the Iranian government to release him so that he does not need to go back to prison.