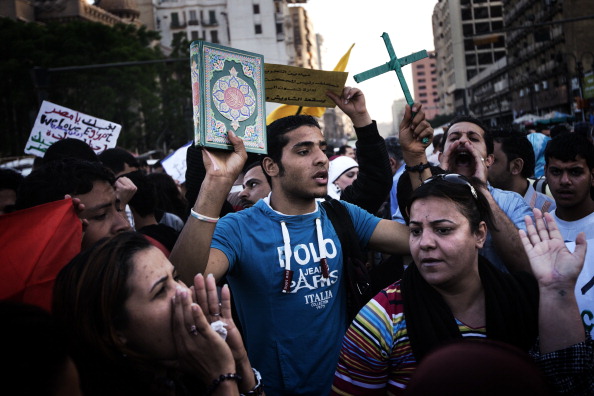 Tension is palpable in Cairo’s eerily empty streets. The night-time curfew imposed last Wednesday following the violent dispersal of pro-Morsi sit-ins has transformed the buzzing metropolis into a near ghost town.

The atmosphere is strikingly different from when a curfew was imposed after January 28, 2011, the bloodiest day of the “January 25 Revolution.” That curfew was largely ignored, not only by protesters in Tahrir Square, but also by regular Cairo residents. Today, most stores, restaurants, and cafés close their doors at dusk.

In 2011, members of neighborhood watch committees patrolled the streets armed with knives, bars and bats. Today, they also carry revolvers. At one makeshift security checkpoint, our car was stopped by a group of rowdy young men. One wearing a balaclava held what looked like an AK-47.

Following the uprising in 2011, despite the loss of life and rampant human rights violations, the spirit of hope for a better future remained strong among Egyptians. There was a strong sense that sacrifices were not made in vain. Today, this has been replaced by bitterness, anger and uncertainty. The iconic Tahrir Square – itself once a beacon of hope, tolerance and unity – has now been stained by horrific mob sexual attacks on women.

Over the past week, Cairo and the rest of the country have been plunged into unprecedented violence. According to official statistics, at least 1,089 people have died since last Wednesday. Activists estimate the death toll to be higher. Many died as a result of excessive and lethal force by security forces. Others were killed in bloody clashes between ordinary Egyptians, sparked by little more than a difference in political opinion. Victims include pro-Morsi protesters, local residents opposing the Muslim Brotherhood, Coptic Christians and security officials, including young men undergoing mandatory conscription.

We are regularly confronted with questions. Once the initial distrust and fear dissipates, most people readily convey their experiences.

”
Bystanders were also caught in the violence. A grieving relative told Amnesty International how her nephew was fatally shot on August 16 when a pro-Morsi march through their working-class neighborhood of Bulaq Abu Al-Ila turned violent:

“We have no political affiliation; we are just humble people trying to make our ends meet. Why do we have to pay the price of two camps fighting over the chair [for power]?”

Another man, receiving treatment at a Cairo hospital for a gunshot wound, told Amnesty International:

“Both of them [pro- and anti-Morsi camps] violate regular people’s rights. They don’t care about us and only think of their political interests. None of the demands of the ‘January 25 Revolution’ for social justice and equality have been met.”

Some pro-Morsi protesters, bearing the brunt of the violence in the past seven weeks, and increasingly vilified, have resorted to violence since the dispersal of the sit-ins. Police stations, government buildings and security personnel have been attacked. Seventeen security officials were killed in an attack on Kerdassa Police Station in Greater Cairo. Other security officials were abducted, beaten and in some instances, killed and decapitated. Clashes in Ramsis Square on August 16 between pro-Morsi protesters on one side and security forces and local residents on the other, saw the use of firearms and casualties on both sides.

In apparent retaliation for their support for Mohamed Morsi’s ousting, Coptic Christians have also been targeted by some of his supporters. Churches have been looted and set alight across the country in a devastating wave of sectarian attacks.

Around 100km southwest of the capital in Fayoum, I saw the charred remains of icons at a centuries-old church. Another church in the nearby village of Nazla was looted and burned hours after the dispersal of pro-Morsi sit-ins began. Graffiti such as “fuck Christians” and “there is no God but Allah” plastered the walls. Other graffiti on Christian homes referred to “brothers” killed in the recent violence, leaving little doubt that the attacks were a reprisal for the crackdown against pro-Morsi protesters.

A local Christian man asked me: “Why is it when there is a problem, Christians always have to pay the price? What do we have to do with the events in Cairo to be punished like this?” 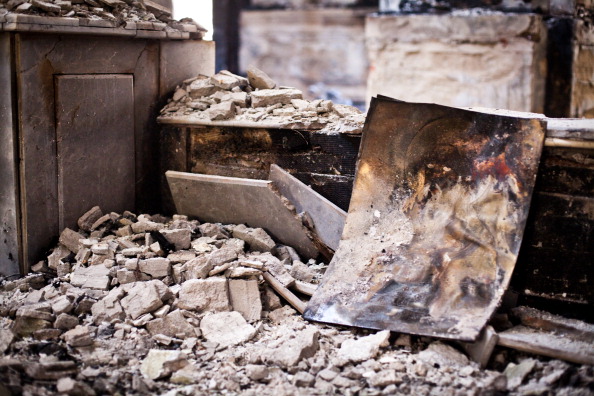 A burnt icon in the Amir Tadros Coptic Church in Minya which was set ablaze on August 14, 2013. As police dispersed Morsi supporters from two Cairo squares on August 14, attackers torched churches across the country in an apparent response (Photo Credit: Virginie Nguyen Hoang/AFP/Getty Images).

The Amnesty International team in Egypt has been caught in this deep climate of polarization and distrust, and xenophobia – whipped-up and incited by official and private media. At sites of clashes and other violence, hospitals and morgues, we are regularly confronted with questions:

“What is your political affiliation?”

“Will you convey the truth, or lie like the others?”

“Do you want to ruin the country’s reputation? Who sent you? Who funds you?”

Once the initial distrust and fear dissipates, most people readily convey their experiences.

There are, of course, exceptions. At a morgue, overflowing with bodies and grieving relatives, “concerned citizens” told me that they will not be able to protect me from residents angry at “Western media and human rights organizations for conspiring to bring Egypt to ruin.”

In order to save the country from the brink of “ruin” and to prevent further polarization, the Egyptian authorities must take swift action to avoid further bloodshed. Security forces must be instructed not to use excessive force. They must show they are taking concrete steps to protect all people in Egypt, especially Coptic Christians, from violence. The authorities must also conduct an impartial, independent investigation into human rights abuses committed last week. Those found responsible must be brought to justice in fair proceedings regardless of their political affiliation or rank.

Failure to do so will leave deep scars in the Egyptian social fabric, and continue the cycle of human rights abuses.