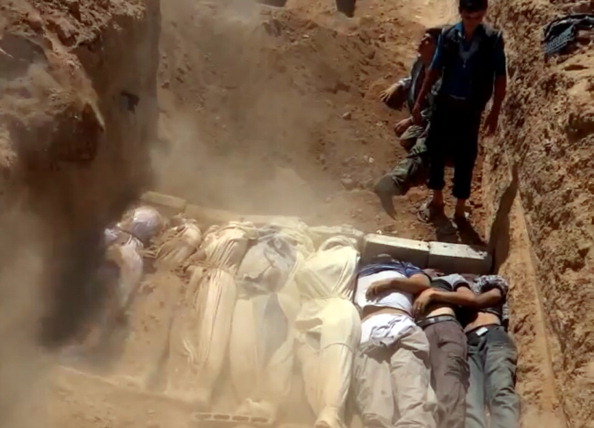 Image from a civilian-uploaded YouTube video allegedly shows a mass grave of victims Syrian rebels claim were killed in a toxic gas attack by pro-government forces on the outskirts of Damascus. The claim could not be independently verified and was vehemently denied by the Syrian authorities, who said it was intended to hinder the mission of U.N. chemical weapons inspectors (Photo Credit: DSK/AFP/Getty Images).

In recent days, several governments, including the UK, USA and France have signaled their intention to take military action against the Syrian government, which they hold responsible for the alleged chemical weapons attacks of August 21st. The horrific scenes in the dozens of videos I have watched from those incidents are some of the most haunting I have witnessed during this long and brutal conflict.

So now the specter of an international armed conflict looms between the Syrian government and foreign military forces. The protection of civilians is a key priority for Amnesty International. That is why we call on all parties who could be involved to comply with international humanitarian law. In particular, those concerned absolutely must: 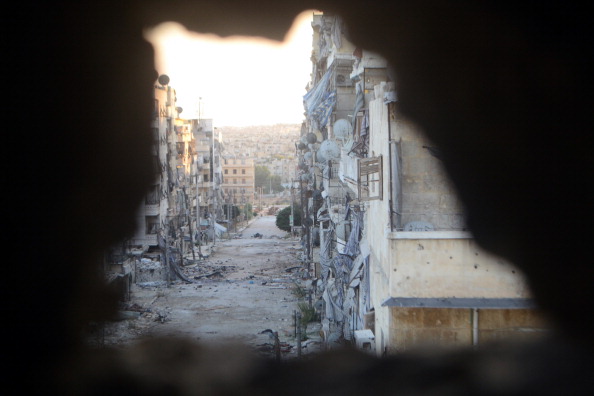 The allegation of chemical weapons being used against Syrian civilians came on the second day of a mission to Syria by U.N. inspectors (Photo Credit: Louai Abo Al-Jod/AFP/Getty Images).

Meanwhile, the joint U.N. and Arab League envoy for Syria, Lakhdar Brahimi, has been trying to convene an international conference based on the Geneva Communiqué to resolve the crisis.

The protection of civilians is a key priority for Amnesty International and that is why we call on all parties who could be involved to comply with international humanitarian law.

”
However, deadlock at the U.N. Security Council has so far prevented attempts to resolve this brutal and bloody conflict. The Syrian government has felt free to carry on committing the most sickening violations of human rights, such as launching ballistic missiles at civilian areas, seemingly confident that they will be protected by allies such as Russia and China, two countries which appear to be mistaking callousness for high principles. Unless that dynamic changes and effective pressure is applied on all parties, it is extremely difficult to see how negotiations alone will resolve this crisis.

Targeted sanctions, namely a freeze on the assets of President Assad and others who may be involved in ordering or perpetrating crimes under international law, a referral of the situation to the International Criminal Court and the deployment of an effective international human rights monitoring mission would, however, go some way to contributing to conditions for meaningful negotiations aimed at a solution that respects the human rights of all Syrians.

The international community also needs to take urgent steps to ease the crippling humanitarian situation inside the country, where more than 4.25 million people are believed to be displaced. In particular, it should ensure that all parties to the armed conflict in Syria allow unfettered access to humanitarian organizations and agencies to provide assistance to a civilian population desperate for relief. As for the Syrian government, they really need to allow cross-border access, as well as cross-line access, and they need to do that quickly.

As my colleague Cilina Nasser recently said, “We are beyond hand-wringing on Syria. Civilians continue to be targeted or killed indiscriminately. The time for action is now.”

That action must include actively prioritizing the human rights of all Syrians.

3 thoughts on “6 Key Points for Military Intervention in Syria”