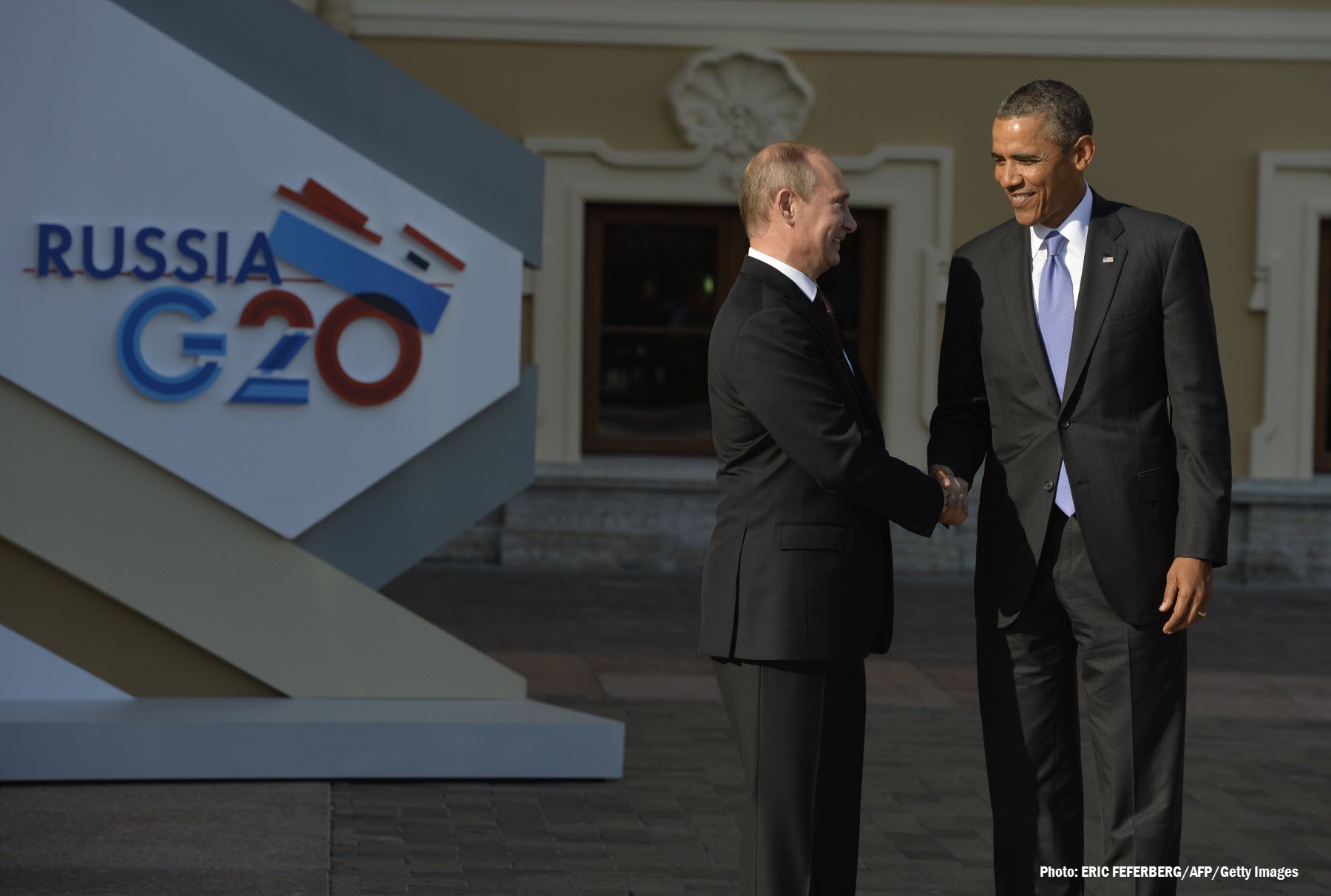 ”
Although Syria is not on the official agenda of the two-day summit hosted by Russia, it is expected to feature prominently in the talks as the USA and other nations consider launching a military intervention against the Syrian government following allegations it used internationally banned chemical weapons.

Millions of people have already been displaced in Syria or have fled abroad, creating a humanitarian crisis on a scale not seen in recent history. G20 leaders must not squander this opportunity to work together to try and prevent yet further escalation of this appalling crisis.

Since the G20 includes all five Permanent Members of the UN Security Council, the current conference could be used as a stepping stone to action at that level. Russia, the current G20 host, and China have blocked three previous UN Security Council resolutions calling for the referral of the situation in Syria to the International Criminal Court (ICC).

The Syrian crisis has put the global governance system to the ultimate test. The G20 and UN Security Council must now prove they are equipped to deal with the challenges we are facing.

Future generations will hold us to account for the failures of today.

Here are three things G20 leaders must do now to ease the suffering:

Read more about Amnesty International’s response to the Syria crisis.