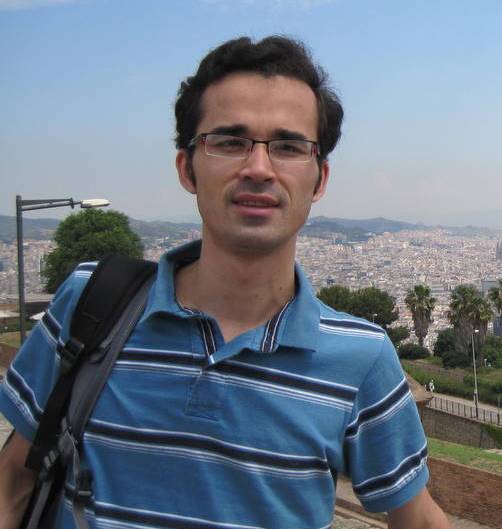 This week marks the announcement of the 2014 Nobel prizes, recognizing the lifetime accomplishments of some of the world’s most extraordinary people. Twenty-eight of these eminent individuals—winners of the Nobel Physics Prize in years between 1972 and 2013—have signed letters to Iran’s Supreme Leader calling for the release of a brilliant young physicist and prisoner of conscience, Omid Kokabee, who is serving a ten-year sentence in one of Iran’s most miserable prisons.

The Nobel Physics Prize laureates were sent an invitation to sign the letter calling for Omid Kokabee’s release by Amnesty International, the Committee on International Freedom of Scientists of the American Physical Society, and the Committee of Concerned Scientists. Their response has been overwhelming and gratifying.

Many of the world’s most respected physicists have joined thousands of other caring activists who have signed paper and electronic petitions and letters calling for Omid Kokabee’s release. Among other efforts, Amnesty activists tirelessly circulated petitions on his behalf at concerts through the Rhythm and Rights program and at other venues throughout the summer. Friends and colleagues at the University of Texas, Austin recently held an action during which they released white doves, in a symbolic gesture of hope for Omid Kokabee’s release.

Omid Kokabee, who is 32, is a physicist specializing in laser optics and photonics. He was doing post-graduate work at the University of Texas, Austin when he was arrested in Iran in January 2011 during a trip home to visit his family. He has been in detention in Tehran’s Evin Prison ever since. He was sentenced to ten years in prison after he was convicted on unsubstantiated charges of “communicating with a hostile government” and receiving “illegitimate funds” following an unfair trial in a Revolutionary Court in Tehran. Amnesty International considers Omid Kokabee to be a prisoner of conscience, who has been imprisoned solely due to his refusal to engage in military research for the Islamic Republic of Iran and as a result of spurious charges related to his legitimate scholarly ties with academic institutions outside of Iran. Omid Kokabee was awarded the Andrei Sakharov Prize from the American Physical Society for “his courage in refusing to use his physics knowledge to work on projects that he deemed harmful to humanity, in the face of extreme physical and psychological pressure.”

Like many prisoners in Iran, Omid Kokabee suffers from a number of severe medical problems exacerbated by Iran’s abhorrent prison conditions including painful kidney stones, a stomach ailment that has not been properly diagnosed, and dental problems. He has already lost four of his teeth. The Evin Prison doctor has recommended that he be treated outside of prison, but the authorities have not granted him even one day of medical furlough, to which prisoners are theoretically entitled if their medical problems cannot be properly treated in prison. To compound his misery, authorities recently transferred him to a section of Evin where he is in a windowless cell with no access to the prison courtyard for exercise. He is entitled to early release by Iranian law as first-time offenders can be released after serving one-third of their sentences.

The outpouring of support for Omid Kokabee by the international scientific community should send a strong message to the Iranian government at this time when the Nobel Committee is announcing the world’s most coveted and prestigious science awards. The Iranian people are justifiably proud of the achievements of their scientists and scholars. Omid Kokabee has the potential to use his enormous talents for the benefit of all mankind and should not spend one more day suffering in prison. His family as well as his numerous friends and colleagues are anxiously awaiting is release so he can go back to pursuing his important work.

Please take the time to send a message of your own to the Iranian government today, that you join 28 Nobel Physics Laureates and thousands of others, to call for Omid Kokabee’s immediate release.