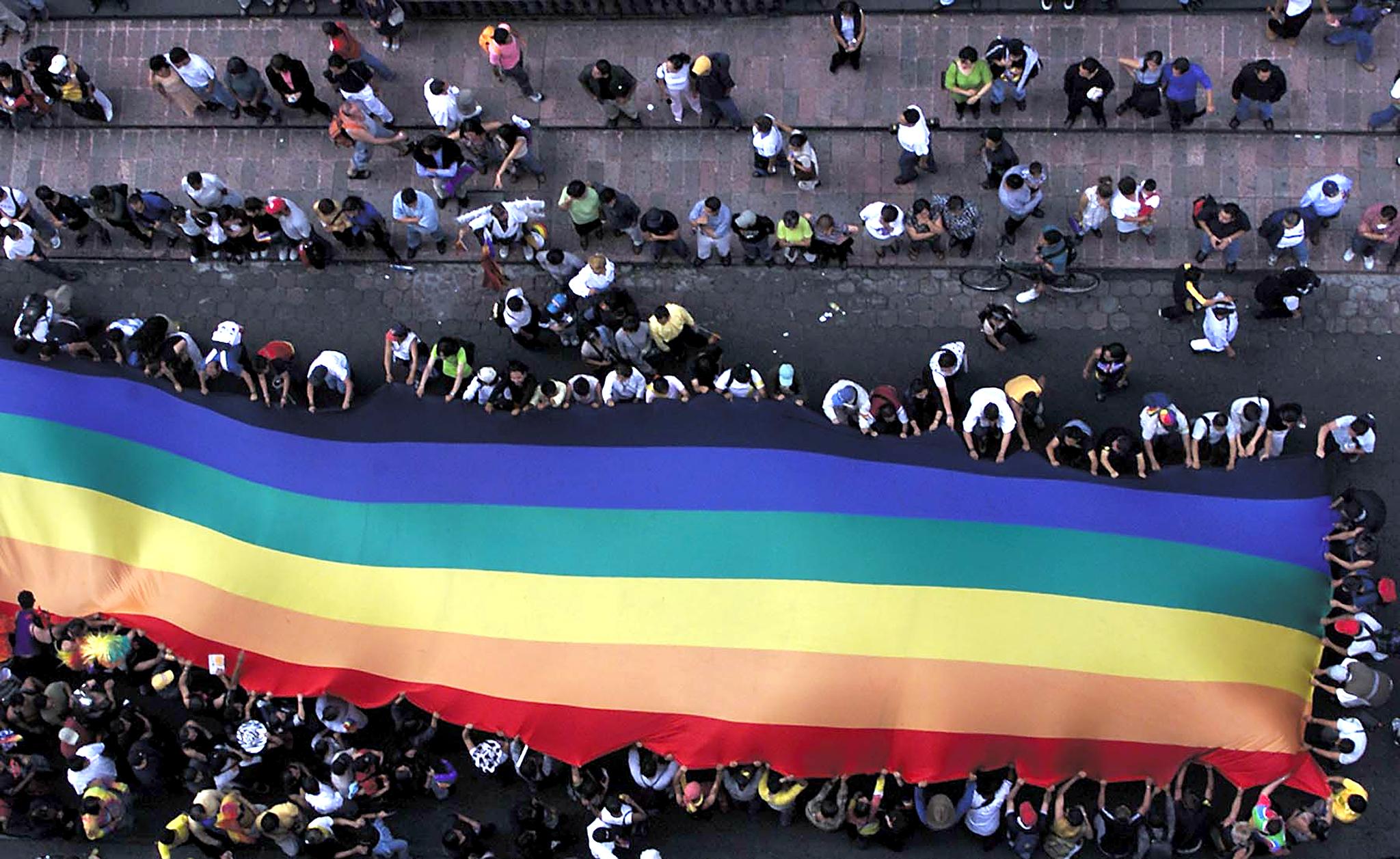 “It is the most important space for the LGBT movement each year. It is a space of dissidence and celebration. It represents for many the only opportunity to express their sexual orientations and gender identities openly. It also allows for people of different faiths, socio-economic backgrounds, ages, ethnicities, ages, and skin color within the community to converge. Without a doubt, it’s a space to feel like you belong,” stated Carlos López López from the Diversity Commission of the Legislative Assembly in Mexico City (la Comisión de la Diversidad de la Asamblea Legsilativa del Distrito Federal).

Carlos reminds me of the value of this space in Mexico, but I believe it applies to LGBT spaces across the globe. The massacre that took place on June 12 in Orlando, Florida is a reminder of how our bodies have the potential of inspiring an an utter contempt for human life. All across Latin America and the world, LGBT people are coming together to take up space in dissent and celebration because all people, regardless of sexual orientation or gender identity, should be able to enjoy the full range of human rights, including housing, social security, public accommodations, and access to health care. We will not settle for less.

Add your name in solidarity and action for Orlando.

The first time I marched in Paseo de la Reforma in downtown Mexico City from the Angel of Independence with thousands of Mexicans that all looked like my family members, was life changing. I was in my early 20’s and had just come out to all of my loved ones on a popular Spanish language radio show in Chicago. All of those people were me and I was all of those people. Together we belonged. Together we owned the space. Together we marched.

On May 22 of this year, an attack took place in Xalapa, Veracruz in a gay nightclub where 7 men were killed and 12 injured. This tragedy had little media coverage anywhere. A chilly reminder that Orlando is not an isolated case in the world.

LGBT groups and individuals around the world continue to demand their human rights. The fabric that makes up this global movement is interconnected and what happens at home is felt elsewhere. In Tunisia, consensual sex between same-sex individuals remains a criminal offense. In the United States, some local and state governments are attempting to pass anti-LGBT laws by enacting state-level “Religious Freedom Restoration” acts which can be used to allow discrimination against LGBT individuals in public accommodations and bathrooms. Check out AIUSA’s Pride 2016 Toolkit for more details.

This year’s motto for Mexico City Pride is, “We will not cede, we will not take a step back. In memory of those that have fallen, we must take steps forward” (“No cederemos, no daremos un paso atrás. Por la memoria de los fallecidos, hay que ir hacia adelante”).

The steps forward are the Mexican Supreme Court upholding same-sex couples’ rights to marry and adopt children, Pennsylvania’s House Bill No. 1510 (the Pennsylvania Fairness Act) that seeks to expand the state’s nondiscrimination laws to include LGBT people, countless acts of dissidence across the globe, and honoring each life that has been lost because they were brave enough to be.

My Orgullo/Pride is inspired by each last breath that was exhaled on May 22, June 12, and the countless lives lost due to the utter contempt for human life. I march for them. I march for me.