Over the last 30 years, Sri Lanka has been wracked by two separate conflicts:  an insurrection in the late 1980s within the majority Sinhalese community and a 26-year civil war with the separatist Liberation Tigers of Tamil Eelam seeking an independent state for the island’s Tamil minority. Both sides in each conflict committed gross human rights abuses, including political killings, torture and abductions and enforced disappearances.  The Sri Lankan government has acknowledged having received over 65,000 disappearance complaints since 1994.

The International Committee of the Red Cross issued a report this past July on the needs of relatives of the disappeared in Sri Lanka. It included the following:

Having a loved one missing creates a suffering that is unique and different from other kinds of loss. Unlike families who lose a loved one through death, where the loss is clear, the loss of having a missing person is ambiguous. Families of the Missing are forced to live between hope and despair and sorry about the well-being of their loved ones. [emphasis added]

The UN Working Group on Enforced Disappearances said last November in its preliminary observations after visiting Sri Lanka that enforced disappearances “have been used in a massive and systematic way in Sri Lanka for many years to suppress political dissent…” and even “for purely economic extortion purposes by some State officials and affiliated paramilitaries.”

As Amnesty has reported, the vast majority of human rights abuses committed by the Sri Lankan security forces, including disappearances, have not been effectively investigated, nor have the perpetrators been prosecuted.

This past year, in response to international pressure, the Sri Lankan government has taken some steps: in May, it ratified the International Convention Against Enforced Disappearances, and on August 11, the government enacted a law establishing the Office on Missing Persons (OMP) to investigate the fate of the disappeared. While these steps are welcome, more needs to be done if the relatives of the disappeared are to receive truth and justice.

“I have forgotten how to smile after my son’s disappearance.” – missing person’s mother 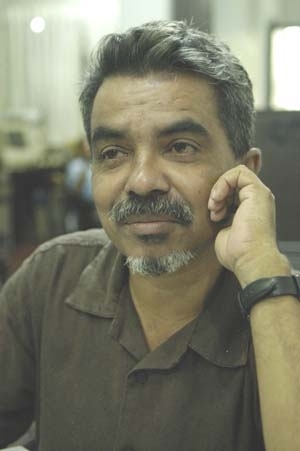 One emblematic case of enforced disappearances in Sri Lanka is the journalist/cartoonist Prageeth Eknaligoda, who went missing after leaving work on January 24, 2010. Two days earlier, he had published an article critical of then President Rajapaksa. His wife Sandya has tirelessly fought to learn his whereabouts and get the government to take responsibility.  While several military personnel have been arrested in connection with Prageeth’s disappearance, no one has yet been prosecuted. Justice remains to be done in his case, as in so many others.

Today is the International Day of the Disappeared. Today, take action for Prageeth and support Sandya’s struggle for justice. Send an online letter to the Sri Lankan government demanding justice for Prageeth. Also, join over 1,600 activists in our photo action #whereis prageeth. Directions and a sample sign for the photo action can be found here. With your help, Sandya and all the families of the disappeared may soon emerge from “ambiguous loss” and obtain truth and justice.

2 thoughts on “Could you Live with “Ambiguous Loss”?”