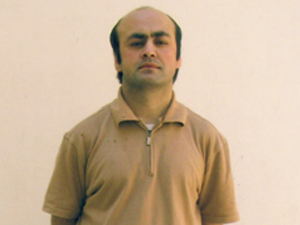 Almost four years ago, in October 2008, activists Engin Çeber,  Cihan Gün, and Aysu Baykal were arrested by Turkish officials during a protest condemning the shooting the previous year of another member of the Turkish Human Rights Association.  Once in prison, they were soaked with icy water and beaten with iron rods and wooden truncheons.  Witnesses recall that Baykal was beaten so brutally that she lay unconscious on the floor after the guards were done with her.  Twenty-nine year old Engin Çeber was even more severely injured.  He was transferred to a hospital, but Çeber died of a brain hemorrhage three days later.

In a 2010 landmark court decision, sixteen state officials associated with Çeber’s death were convicted for their participation in his torture and murder.  However, these convictions were overturned on appeal and the case was returned to the local court for retrial.  This second trial is scheduled to end in a verdict at the beginning of next month.

This case is of critical importance in providing some degree of justice for the Çeber family.  It is more than that, however.  As a recent Human Rights Watch report has highlighted, the use of extra-judicial killings and torture has long haunted Turkish society and has largely gone unpunished.  Mass graves have not been investigated.  Those who torture and murder for the state are seldom brought to justice.  .

Amnesty International has been at the forefront of this fight and, as this powerful video highlights, the victims and their families count on us for support.

How you can help

Amnesty is working to publicize this case in advance of the verdict.  Please send a message to Prime Minister Tayyip Erdoğan calling for justice for Engin Çeber and for ending the impunity with which Turkish officials have tortured and murdered their own citizen (contact address for Erdoğan, including twitter, facebook, and fax, can be found at the end of our video).

If you use twitter, spread the news by tweeting: #Turkey: We demand justice for Engin #Çeber! #JusticeForEnginÇeber.  If you use facebook, please share the video on your facebook page and, if you would like to hear more about our human rights work on Turkey, consider joining our Turkish Action Group facebook page.  Together we can make a difference.