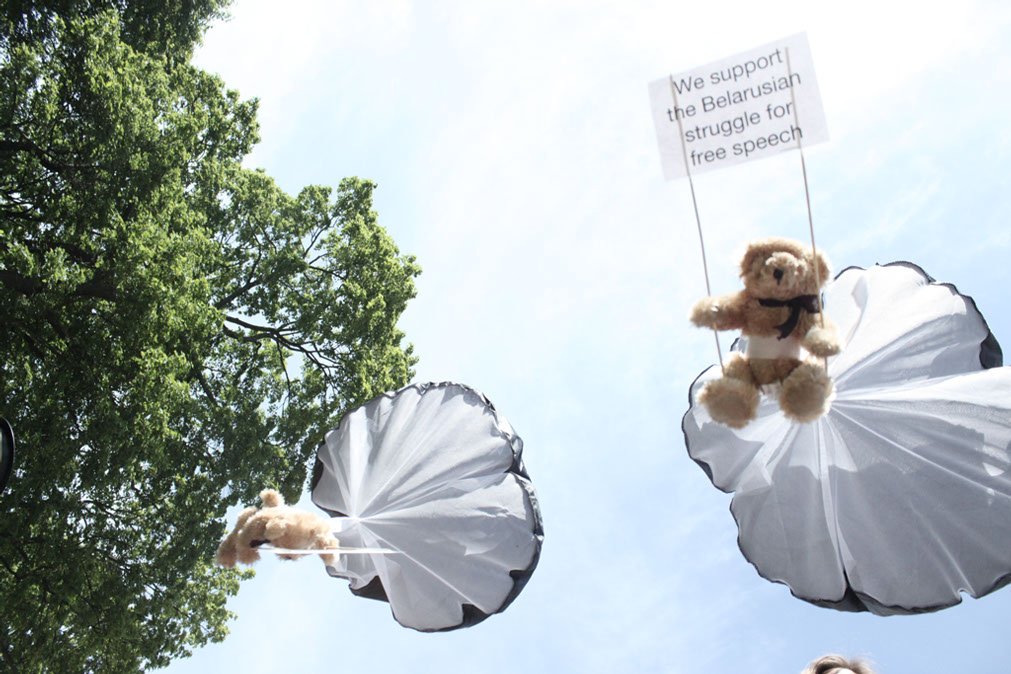 Despite the fact Surapin had never met any members of Studio Total he was charged on July 23rd with “aiding and abetting the illegal crossing of the state border” and could face three to seven years in prison.

Surapin’s case is a further nail in the coffin of freedom of speech in Belarus. False charges have often been used by authorities to suppress the work of human rights advocates. 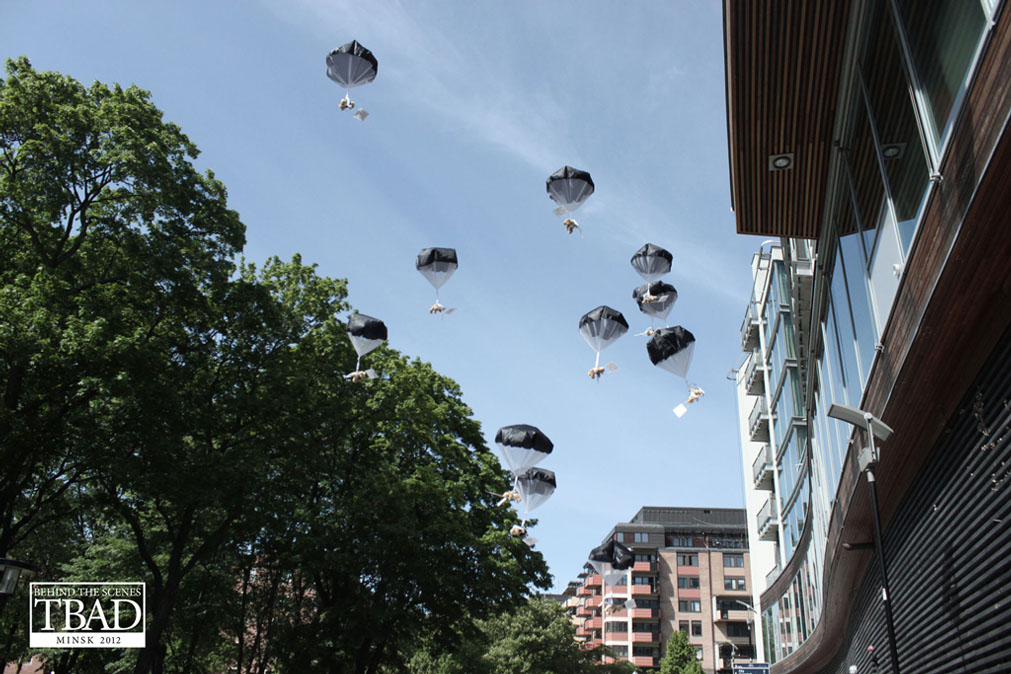 Sergey Basharimov, a Belarusian entrepreneur who rented an apartment to the Swedish PR firm was also detained by the KGB and charged ten days later with complicity in illegal border crossing.

One day after the bears were sighted being air-dropped into Belarus (where they were quickly collected up by local authorities) Studio Total released a video showing two people wearing bear masks and flying the plane that dropped the stuffed animals.

Tomas Mazetti of Studio Total explained that when no pilots could be found who were willing to participate in the stunt, he and another executive took flying lesson and gained pilot licenses.

While Mazetti has been vocal in explaining exactly how he pulled the stunt off – and at pains to point out that Surapin and Basharimov were in no way involved and are the hostages/pawns in the hands of KGB that is trying to get the Swedes come to Belarus to testify – Belarusian authorities have had a more difficult time dealing with the event. The parachuting teddy bears have been both confirmed and denied. President Lukashenko was reportedly so infuriated by the bad press that he sacked two generals. Mazetti told Euronews:

“A dictator can be feared and he can be hated, but when the people start to laugh at him, his days are numbered. So, that was the objective.”

Take action to tell the authorities of Belarus to release Anton Suryapin. No one should face jail time for exercising their right to freedom of speech!