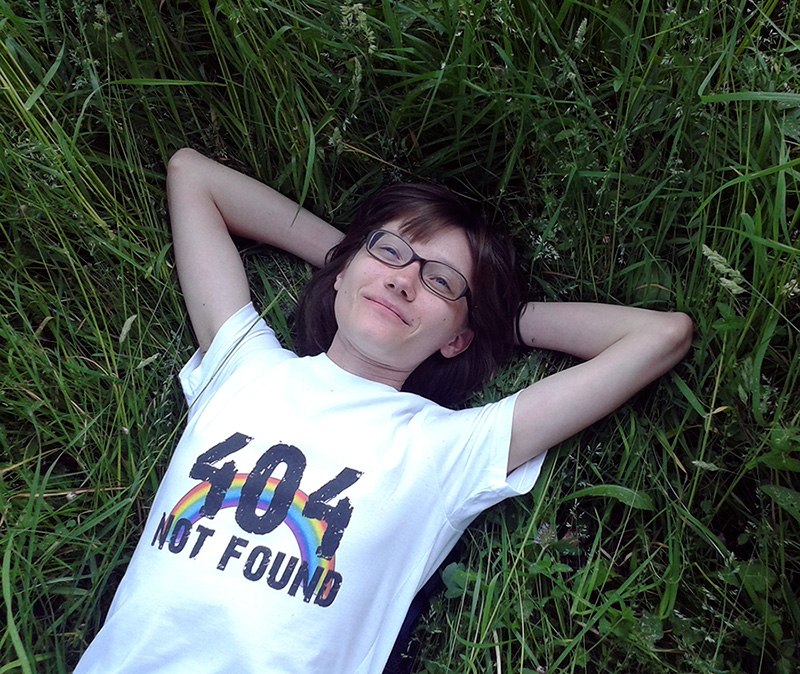 Elena has called the charges “an extreme level of madness.”

We at Amnesty agree.

Let’s get her back to defending the rights of LGBTI youth in Russia. Urge Russian authorities to drop the charges against Elena and stop prosecuting people under this homophobic law. Please join us in rising to Elena’s defense.

LGBTI youth do exist, and they need help dealing with violence, discrimination and psychological attacks. The 'gay propaganda' law only makes the environment of homophobia worse.

”
Children 404 was named as an allusion to the message “404 Page not found” that you see when a web page does not exist.

But you and I know that LGBTI youth do exist, and they need help dealing with violence, discrimination and psychological attacks. The so-called “gay propaganda” law that Russian parliament passed last June only makes the environment of homophobia worse.

Elena gave youth hope, a hope that Russian authorities would like to crush.

Amnesty exists to defend the human rights of people like Elena and the children with whom she works. Your action today makes that defense strong and effective.

Stand with Elena. Join us in demanding that the “gay propaganda” law be repealed.