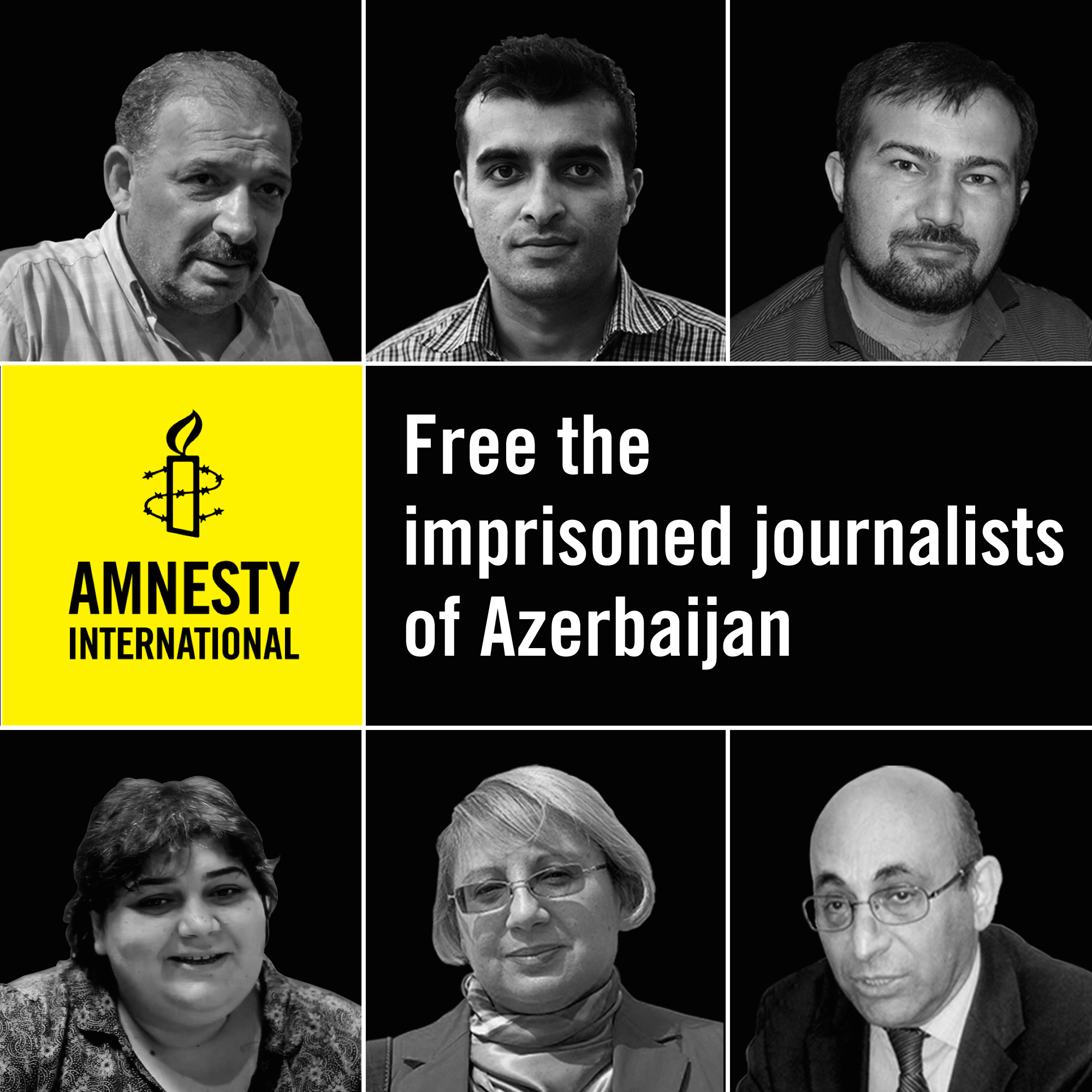 Over the last year, Azerbaijan has imprisoned dozens of journalists, human rights advocates, bloggers, lawyers, and academics who have criticized the regime. Ilham Aliev’s repressive petro-state has brazenly stepped up its harassment of journalists amidst international criticism. In December, the Aliev regime struck a terrible blow against the freedom of the press by arresting the country’s best-known investigative journalist, Khadija Ismayilova, on fabricated charges. Her pre-trial detention, due to expire on February 5, has been extended for a further two months. Recently, new charges have been brought against her, including embezzlement, illegal entrepreneurship, abuse of power, and tax evasion. She faces 12 years in prison if convicted. Her case has rightfully received a lot of attention. Yet she is only one of an estimated 98 political prisoners in Azerbaijan, of which around a dozen are journalists.

Profiled here are some of the other brave men and women imprisoned in the last year for speaking out against the regime:

Seymour Hezi is the latest Azerbaijani journalist to be sentenced in a kangaroo court. Repeatedly harassed by the government due to his work at the independent Azadliq newspaper, Mr. Hezi was well aware of the risks of his profession, yet he would not be cowed. In 2011 he was kidnapped, tortured, and sternly warned not to continue working at Azadliq. In August 2014, Mr. Hezi was attacked on the street, and was arrested after defending himself. His attacker received six months in prison; Seymour Hezi was sentenced in January to five years for hooliganism.

Leyla Yunus is a longtime human rights advocate based in Baku. During the most violent days of the Nagorno-Karabakh conflict with Armenia, Mrs. Yunus was one of the few Azerbaijani voices calling for moderation and rapprochement. Her NGO, the Institute of Peace and Democracy, routinely fought against the human rights violations committed by the Aliev regime. In 2011, she protested forced evictions in Baku, to which the government responded by bulldozing her office without warning. In early 2014, she compiled a list of all the political prisoners detained by the Azerbaijani state. Months later, her own name would find itself on that list. She was arrested on charges of treason in August 2014, and has been detained ever since without trial. Mrs. Yunus is diabetic and has been repeatedly denied access to medical care. Her lawyer last month confirmed just how precarious her current condition is: she has lost 35 pounds since her arrest and is suffering from liver necrosis, according to her lawyer. If she dies in custody, her treatment at the hands of the secret police will be tantamount to murder.

Rauf Mirkandov was arrested in part due to his Armenian history, having been pictured at conferences in Yerevan. He was based in Turkey, reporting for the Azerbaijani newspaper Zerkalo, and was an active member in the movement to improve Azerbaijani-Armenian relations. His arrest in April 2014 brought about an end to all contacts between Azerbaijani and Armenian civil society, scuppering any meaningful dialogue between citizens of those two states. Post-conflict reconciliation at a grassroots level, necessary for a political settlement, has largely stalled since his arrest. His arrest was especially notable as it took place in Turkey, even as a legitimate charge worthy of deportation had not been levied against him. The Turkish government, Baku’s longest and most faithful ally, has thus proven itself a willing collaborator in Mr. Aliev’s campaign of political repression.

Rasul Jafarov is a journalist and human rights advocate who conducted multiple investigations into the cases of journalists who had been murdered at the behest of the government. During the 2012 Eurovision Song contest, controversially hosted in Baku, Mr. Jafarov organized the “Sing for Democracy” campaign, which brought international attention to the Aliev regime’s abuses. Last August he was arrested and charged with the spurious crimes of tax evasion and abuse of office. His treatment closely mirrored that of his imprisoned colleagues: he was hit with travel restrictions, arrested, and then held for months without trial due to a vaguely expressed worry by the prosecutor that he was a flight risk. His trial began only in January, and he faces 12 years in prison.

Despite an international outcry, President Ilham Aliev is unapologetic about his treatment of political prisoners. In a June 2014 speech at the Council of Europe, Mr. Aliev flatly stated, “[T]here are no political prisoners in Azerbaijan.” Yet despite the apparent absence of any political prisoners in his country, Mr. Aliev has made it clear that he is intimately aware of the particulars of the arrest and detention of Leyla Yunus. Given Mr. Aliev’s comments and the memos emanating from high-level operatives in his regime, it is evident that he is not merely complicit in these extrajudicial arrests; more deliberately, President Aliev is spearheading a strategy to silence all opposition discourse in Azerbaijan.

Journalists in Azerbaijan find themselves in a more precarious situation than ever. Through self-censorship and state restrictions, virtually all public discourse critical of the regime has been suppressed. The Aliev administration, bolstered by the oil revenues that support the economy and emboldened by a staggering military budget, is not politically beholden to the West. Without immediate action, Ilham Aliev will continue his campaign of repression unabated.

Azerbaijan must end its persecution of Khadija Ismayilova and other journalists and repeal its laws criminalizing a free press. Join with Amnesty International and write immediately, in Azeri, Turkish, or your own language:

Write today and stand in solidarity with all the victims of the Aliev regime in Azerbaijan.