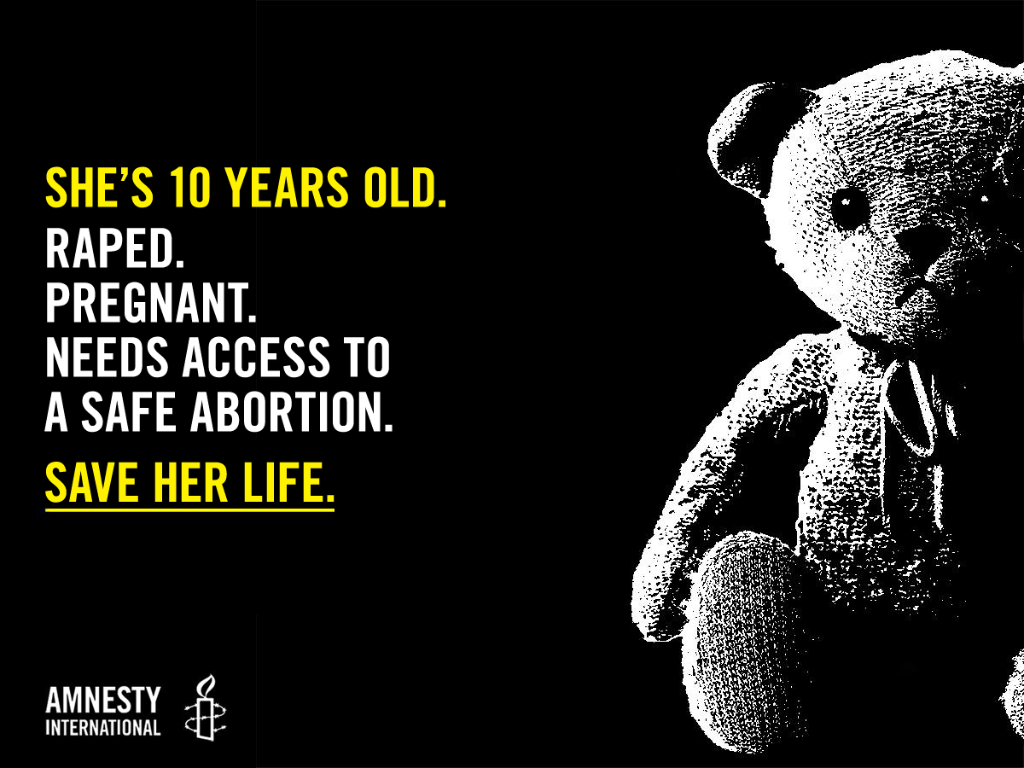 A ten-year-old girl and her mother arrived at a hospital in Asunción, Paraguay on April 21 with stomach pains. The doctors quickly discovered the cause of the discomfort—the girl was 21-weeks pregnant, the result of having been raped by her stepfather.

At such a young age, the pregnancy is considered high risk by the World Health Organization— child pregnancies are extremely dangerous for the health of the pregnant girl and may lead to complications and even death. Because the bodies of young girls are not fully developed to carry a baby, these pregnancies tend be high risk, and in Latin America, the risk of maternal death is four times higher among adolescents younger than 16 years old.

The girl’s mother submitted an administrative plea to request an abortion.

Paraguay, however, has some of the strictest abortion laws in the world, permitting the procedure only when the mother’s life is in danger. No other exceptions are allowed, even for cases of rape, incest, or unviable fetus. Such restrictions to abortion access violate international human rights law and standards. Yet, even with the risk to the health and life of the girl, Paraguayan authorities have so far denied the girl access to a safe and therapeutic abortion. Instead, the girl was transported to a center for young mothers.

Amnesty International is leading an effort to “show humanity and respect the dignity and wishes of this young girl and her mother” and to ensure that the young girl has access to all her rights, including the right to an abortion in cases of rape, incest, and when the life or health of the mother is at risk.

“In denying this girl her right to a life-saving abortion, Paraguay is re-victimizing a child who has already survived rape by a close relative,” noted Tarah Demant, Senior Directory of the Identity and Discrimination Unit at Amnesty International USA, “Paraguay has so far been unresponsive to the pleas of the girls’ mother, to international outcry, and to its obligations under human rights law.”

The United Nations also released a statement earlier this week that further condemned the inaction of Paraguayan authorities. In the statement, UN experts note that “the Paraguayan authorities’ decision results in grave violations of the rights to life, to health, and to physical and mental integrity of the girl as well as her right to education, jeopardizing her economic and social opportunities.”

Despite these concerns, Paraguay has continued to deny the option of abortion for the girl, instead given a judicial order set up an “interdisciplinary panel” to assess the young girl.  Amnesty International USA calls on Paraguay to:

Amnesty is asking that you join the effort to save the life of this young girl whose life is in danger and demand that she have access to a safe abortion.

19 thoughts on “Raped, Pregnant, and Denied a Life-Saving Abortion—All at 10-Years-Old”