So how does WASH relate to this year’s 16 Days of Activism theme of making education safer for all?

Lack of access to safe water and sanitation is a source of vulnerability for women and girls in communities worldwide, whether in development, crisis, or transitional settings. But for millions of girls attending schools without access to a well, piped water, or latrines on site, that vulnerability invades their attempts to get an education, as well. 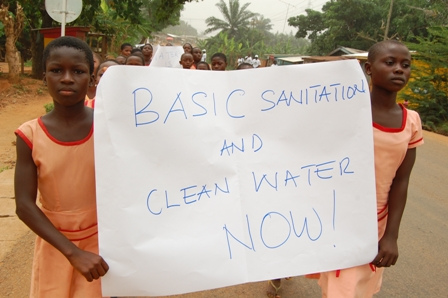 While there isn’t a whole lot of research on this connection, many girls report that meeting their basic bodily needs while at school, whether in a nearby field or a communal latrine, exposes them to bullying, harassment and sexual assault. Both male students and teachers are reported as perpetrators in several qualitative studies, such as one conducted by USAID in Malawi under its Safe Schools Program.

It’s really a fairly intuitive link: urinating and defecating come with an expectation of privacy. Gendered expectations place an even greater privacy burden on women and girls. Since we live in a world where gender-based power differentials are the norm, and where shame and violence is often used to keep women and girls in check according to local expectations, it’s not a stretch to imagine that a girl defecating in the open might be at risk. And sadly, schools offer little protection.

And, if you’re a girl, you have a unique burden.

There’s something else women and girls the world over do in toilets: manage their menstrual hygiene. Menstrual hygiene management (MHM) is one of the least-discussed issues in women’s rights and global health, yet it is a fact of life for nearly every woman in the world. But where there is no toilet, there is no place to manage menstruation privately or hygienically. 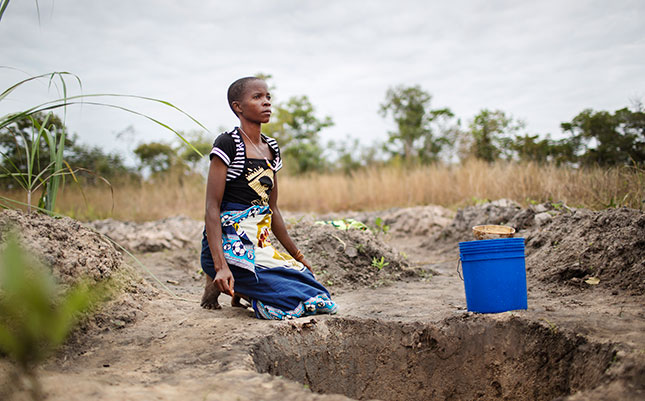 These beliefs are barriers to the rights to food and nutrition, health, housing, water, sanitation and safety. They arise from a lack of information among both males and females (one study found that more than 70% of girls in India had no idea what was happening the first time they menstruated!) and they are a form of structural violence.

As with violence associated with open defection, violence associated with menstruation doesn’t stop at school grounds. In countries like Ghana and Uganda, girls reportedly miss up to 5 days of school a month because of their inability to manage menstruation, and in many places, such as Nepal, girls report fear that they will be physically punished if they are found to be violating purity norms by attending school while menstruating. Once girls start menstruating, a lack of toilets at school can be a major cause of drop-out, compounded by a lack of safety at school.

The bottom line is that school safety can’t be achieved without attention to safe drinking water and private toilets at school. WASH is no silver bullet. But women and girls have specific biological and cultural needs where toilets are concerned. It’s long past time for the women’s rights community to make toilets a priority.

16 Days seems as good a time as any to start. Take action today to support the International Violence Against Women Act to help ensure the US Government’s programs address integrated issues and root causes of violence, such as lack of toilets worldwide!

Lisa Schechtman is the Director of Policy and Advocacy at WaterAid America and former Amnesty International Women’s Human Rights Coordination Group member. You can follow her at @lschecht.

7 thoughts on “How Toilets Can Make Schools Safer”