Already in the U.S. there have been reports of a spike in hate-driven actions and threats. This is not a coincidence – it is further proof that Trump’s irresponsible proposals must never become U.S. policy. END_OF_DOCUMENT_TOKEN_TO_BE_REPLACED 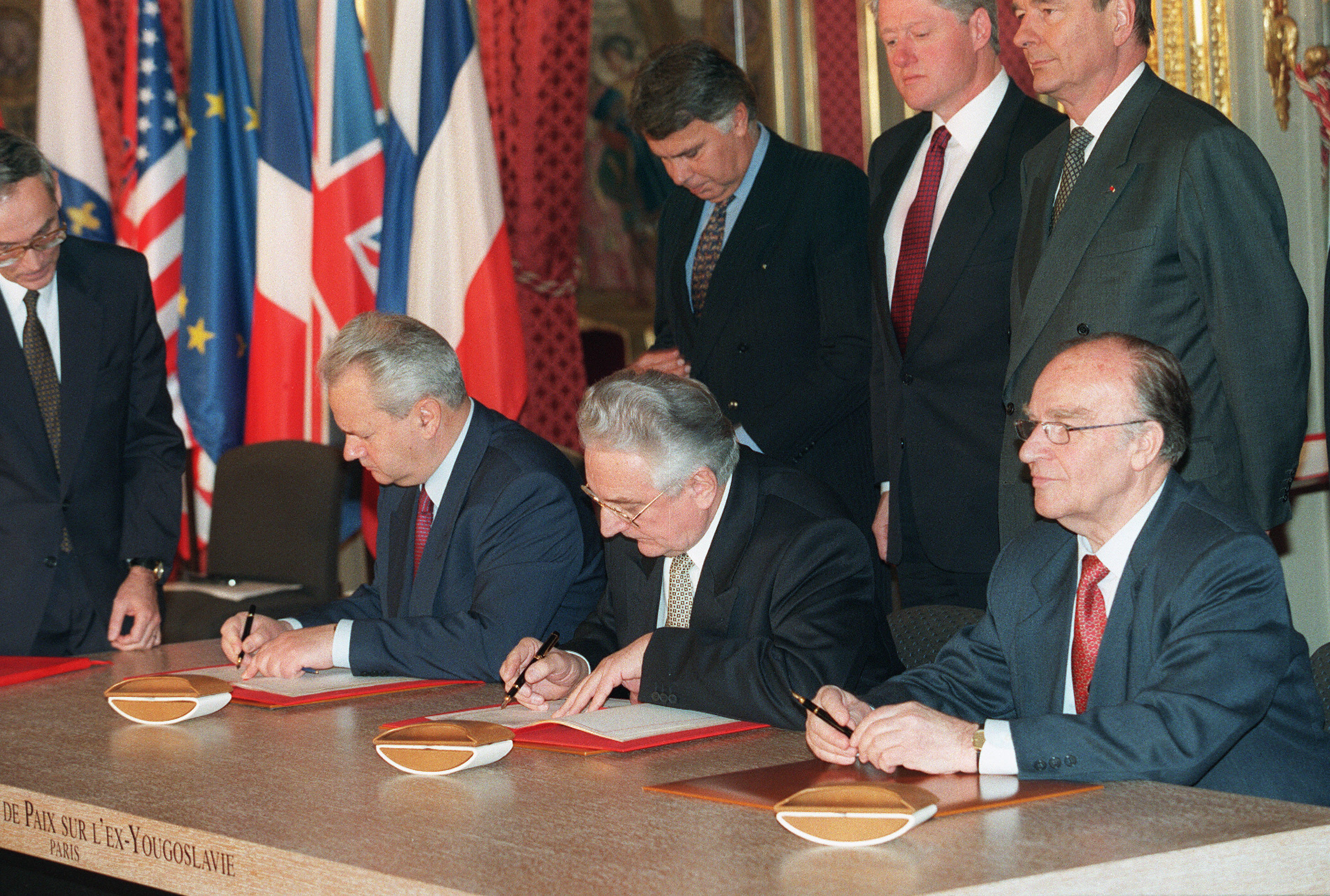 The agreement came about at a time when just 11 percent of peace agreements included even a reference to women, and five years before the passing of the landmark United Nations Security Council Resolution 1325—the first UN resolution to acknowledge war’s unique, and too often unrecognized, impact on women and girls. Of immense significance, it was also the first resolution to urge UN Member States to increase the participation of women in conflict resolution and peacebuilding efforts—an official move away from the days of Dayton where only male leaders of warring parties were seen as acceptable contributors to peacemaking. END_OF_DOCUMENT_TOKEN_TO_BE_REPLACED

Since the moment I handed over the keys of my Toyota Celica to its new owner, I’ve replayed the conversation I had with the buyer over and over in my head. He had responded to my Craigslist ad and we met to negotiate the price. During our small talk he took me completely by surprise when he revealed some of his views on immigration. This included his belief that “Mexicans only come to the U.S. to take advantage of our welfare system.” END_OF_DOCUMENT_TOKEN_TO_BE_REPLACED

“Never make an emotional decision.” That’s sound advice for any individual facing a dilemma. That same advice should also extend to entire countries, and to governments. Perhaps it explains why so many historical human rights abuses have taken place when a country’s population is fearful.

Many people have become addicted to the 24-hour news cycle, which can amplify fears by sensationalizing threats. This makes the world feel smaller and makes danger seemingly closer than it really is. END_OF_DOCUMENT_TOKEN_TO_BE_REPLACED

Sixteen years ago, 189 world leaders gathered at the United Nations Headquarters in New York to adopt the Millennium Declaration, which set out a series of eight time-bound targets with an overall goal of reducing extreme poverty in its many dimensions by the year 2015. These targets — which became known as the Millennium Development Goals (MDGs) — formed a blueprint which committed all nations and leading development institutions to a new global partnership to galvanize unprecedented efforts to meet the needs of the world’s poorest. END_OF_DOCUMENT_TOKEN_TO_BE_REPLACED

In the last few months, the tiny pacific island nation of Nauru has exploded back onto the international news circuit. This time, it isn’t for the lucrative strip mining of fossilized bird droppings, it’s news of the Australian Government using the island as a detention center for intercepted refugees and asylum seekers attempting to reach Australia and New Zealand by boat. END_OF_DOCUMENT_TOKEN_TO_BE_REPLACED In early August 2014, extremist fighters, who were attempting to create a new Islamic caliphate, the so-called Islamic State (IS), attacked towns and villages in the Mt. Sinjar region of northern Iraq. These combatants are known by various names, including ISIS, ISIL and Da’esh. Their plan began with an ethnic cleansing of the non-Muslim population in the area, with a particular focus on the Yazidi (also spelled as Yezidi) people who had lived there for thousands of years. END_OF_DOCUMENT_TOKEN_TO_BE_REPLACED 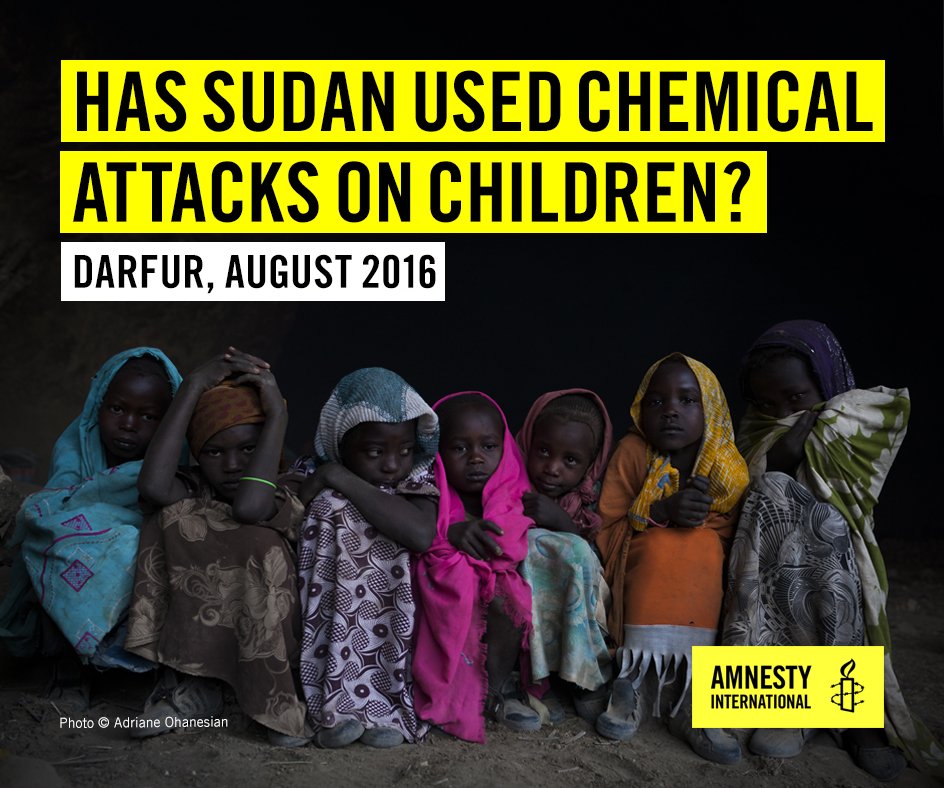 Today, Amnesty International is releasing an expansive report on violations of Human Rights and International Humanitarian Law in Jebel Mara, Darfur, committed this year by Sudanese government forces and allied militia. One of the most troubling findings in this report is the use of chemical weapons, and it is almost certainly the finding that will capture the most media headlines. In many ways, this is desirable: the use of these weapons is an affront to humanity itself and its aspiration to limit the cruelty and devastation of warfare. Their use should capture headlines, as they have most recently in Syria. END_OF_DOCUMENT_TOKEN_TO_BE_REPLACED

It was a late summer evening and I was standing under the outstretched arm of Tom Watson’s statue in front of the Georgia State Capital in Atlanta, Georgia. I was surround by hundreds of activists holding signs stating “Not In My Name” and “I am Troy Davis” in bold letters. Troy Davis. Troy was the reason hundreds of us came together to huddle in anticipation and hope. Troy Davis was a black man from Savannah, Georgia who spent 20 years on death row. Seven of nine key witnesses in the case against him, which rested primarily on witness testimony, recanted or changed their testimony, and some alleged that they were coerced by police. END_OF_DOCUMENT_TOKEN_TO_BE_REPLACED

Media reports indicate that in the Philippines number of people killed by the police could be as high as 400 to 800 in the last few weeks. These cold blooded murders are committed by the police and vigilantes by the active encouragement and support of the President Duterte and his “shoot to kill” directive.  In essence President Duterte has become the “Cheer Leader” for these killings.