Geoffrey Mock is Egypt country specialist and chair of the Middle East County Specialists for AIUSA. He has worked on the Middle East for Amnesty for 17 years. Among other work, he has assisted Amnesty's efforts to support human rights defenders, end unfair trials and torture in Egypt and to promote Egypt's traditionally vigorous civil society against harassment and legal attacks from both the government and non-governmental sources. His particular interest, at a time of diminishing space in which Egyptian human rights activists can act, is developing avenues outside of the U.S. government in which American activists can best connect and support the human rights work being done on the ground in Egypt. He works as an editor and manager of communications at Duke University.
Author RSS Feed
Follow @gmock on Twitter

END_OF_DOCUMENT_TOKEN_TO_BE_REPLACED 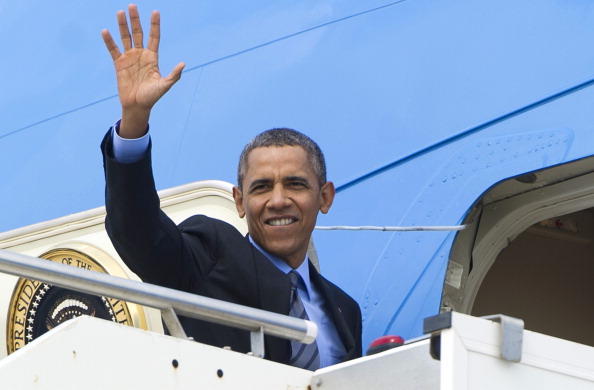 President Obama waves as he boards Air Force One prior to his departure for Saudi Arabia to meet with King Abdullah (Photo Credit: Saul Loeb/AFP/Getty Images).

Even by the standard of low expectations set for a trip described as fencing-mending, President Obama’s public silence on Saudi Arabian human rights spoke loudly today.

There was no open mention of the Saudi crackdown on peaceful political activists, a crackdown that brands anyone who speaks out a criminal and sends them to jail. There was no clear support for religious minority groups who are standing strong for their right to practice religion.

There was public silence on the rights of women, even as Saudi women themselves are taking to the roads on Saturday to defy the world’s only ban on women driving.

END_OF_DOCUMENT_TOKEN_TO_BE_REPLACED

President Barack Obama has an opportunity this month to lead from behind on women’s rights in Saudi Arabia – behind, that is, a woman driver.

The president is visiting the repressive Gulf kingdom this month. In a letter delivered to the White House, Amnesty International is calling on him to take a stand on women’s rights by meeting with the female leaders of a campaign to end the ban against women driving. We are also calling on him to have a woman Secret Service driver himself during his visit.