Both men were treated with cruelty while in jail. Thank you for doing your part to win their freedom.

In 2012, Nabeel Rajab was sentenced to three years in jail for his peaceful role in pro-reform protests. He had already been in prison for two months after being convicted for sending a tweet that criticized Bahrain’s Prime Minister. Nabeel told the appeals court that on the day of his sentencing, he was placed in a small, dark cell with a dead animal. He was left almost naked, with only a small piece of cloth to cover his genitals. This particular act of cruelty was just the beginning of the abuses that he faced during his imprisonment.

Amnesty organized rallies to call attention to his case and mobilized our global movement to speak out on his behalf. In December 2012, his sentence was reduced by two years on appeal.

The role you played was made clear by Nabeel’s words shortly after his release.

“I have seen all the tweets and actions taken for me from Amnesty members around the world, and I would like to thank them individually for all their support,” Nabeel said. “You can’t imagine how much it means.”

Nabeel was released in late May and has committed to “redoubling efforts” to advance peaceful reforms in his country. 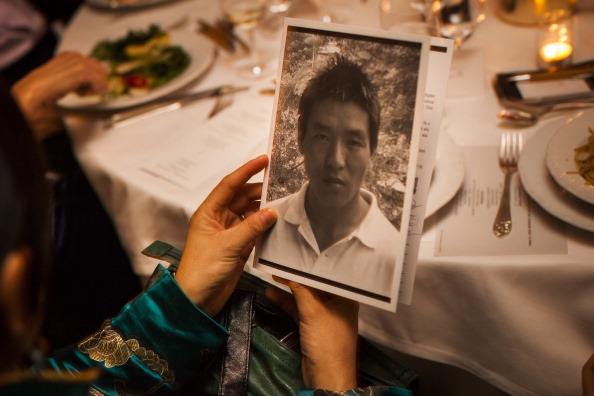 In 2007, Tibetan filmmaker Dhondup Wangchen began an ambitious project to gather footage of Tibetans sharing their thoughts about the Dalai Lama and the coming of the Beijing Olympics in 2008.

Immediately after he finished filming, Dhondup Wangchen was apprehended by Chinese authorities and was detained and charged with “inciting separatism.” He spent six years behind bars and endured horrific treatment and conditions.

Amnesty organized rallies in front of the Chinese Mission to the United Nations and gathered thousands of signatures on post cards, letters and petitions calling for his release. We also organized a speaking tour with his wife Lhamo Tso and leveraged our celebrity supporters, including Yoko Ono who took up the case. 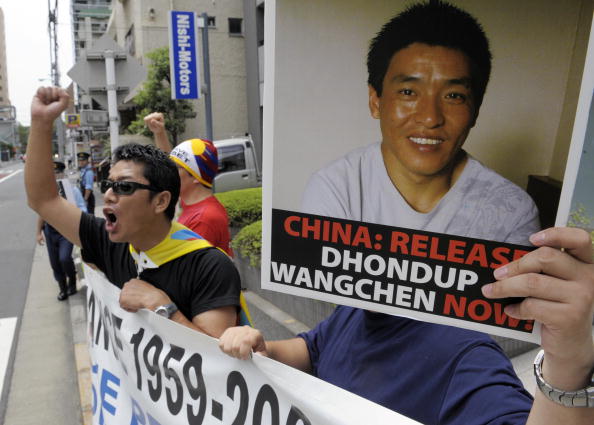 Protesters of ‘Students for a Free Tibet Japan’ shout slogans during a demonstration to demand the release of arrested Tibetan movie director Dhondup Wangchen in front of the Chinese embassy in Tokyo (Photo Credit: Toshifumi Kitamura/AFP/Getty Images).

When he was finally released on June 5, his wife said, “Six years of injustice and painful counting the days ended today. It is a day of unbelievable joy for his parents in Dharamsala, our children and myself. We look forward to be reunited as a family.”

Clear victories in human rights work are few and far between. Today, let’s celebrate the freedom of Nabeel Rajab and Dhondup Wangchen.

Thank you for helping defend human rights for all.