The International Labor Organization has shown that worldwide, forced labor generates massive illegal profits estimated at $44 billion each year for the perpetrators, while victims lose billions of dollars in unpaid wages and recruitment fees.

Though slavery exists on every continent, it is also viewed as a particular problem in Asian countries with around 56 percent of those in bonded or forced labor originating in the Asia-Pacific region.

Forced labor generates massive illegal profits estimated at $44 billion each year for the perpetrators, while victims lose billions of dollars in unpaid wages and recruitment fees.

”
The new report examines Hong Kong, where about half of the 319,325 migrant domestic workers are Indonesian, and nearly all are women. The journey begins in a local community where Indonesian women are promised good jobs with lucrative salaries. They are not properly informed about the large fees and mandatory pre-departure training required by the agencies.

The first stop is a training center, where a broker hands over personal documents such as identity cards, school diplomas, and birth certificates to the recruitment agency. These documents are held by the agency as collateral for unpaid fees. Though being charged training and accommodation fees during this time, many women Amnesty International interviewed reported that they had to work as domestic workers for either the recruitment agencies or outside families with little or no pay.

Women from several different training centers reported that were forced to have a contraception injection as well as cut their hair short. They also spoke of restrictions on movement, use of mobile phones and family visits. LESTARI: “The center was surrounded by high fences and all the women had their hair cut short.” 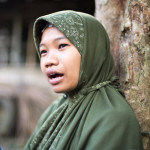 PUTRI – “The conditions were terrible – there were only six bathrooms for 200 people, so three to four of us would have to shower together.” 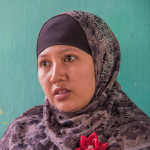 WULAN – “I was never given a day off. I wasn’t paid either.” 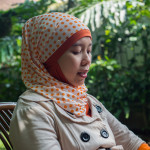 DEWI – “The agency took money from me.”

“My broker promised to give me [US $510] if I agreed to go abroad with the recruitment agency he recommended, but I never received the money,” a 42-year-old woman from Malang reported. “The broker also promised that I would be at the training center for three months, but instead I was there for 10 months.”

Once in Hong Kong, the workers are assigned to local placement agencies that also confiscate documents and restrict their freedom of movement. Amnesty International found that those interviewed for the report worked on average 17 hours a day, many did not receive the Minimum Allowable Wage, were physically or verbally abused by their employer, were prohibited from practicing their faith, and did not receive a weekly day off.

Amnesty International concludes that both governments have failed to take adequate action to enforce domestic legislation in both their own territories which could have protected migrant workers from trafficking, exploitation and forced labor and provided some effective remedy in cases of abuse.