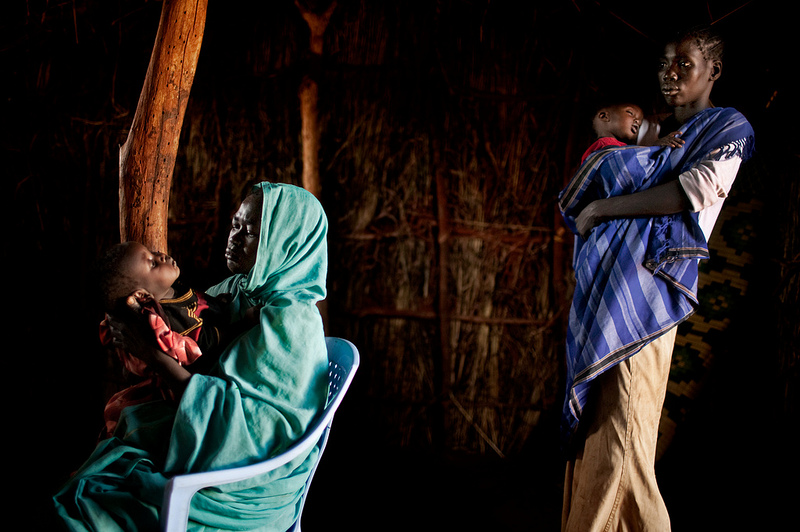 Female-headed households tend to consume more calories and have less diarrhea than male-headed households, which shows that women often make different choices than men. If women also had other resources, like credit (of which women currently receive around 10%) or land (of which women own only 2%), nutrition and health could improve even more. In fact, since women produce up to 80% of the food in developing countries, equal access to productive resources could increase their crop yields by up to 30%. This could mean more food to eat, surplus to sell, more choice and voice.

Education also increases girls’ voice, empowering them to marry later; have fewer and healthier children; better protect themselves from HIV and sexual violence; and earn more money over their lifetimes, decreasing their dependency on men and giving them more options.

In conflict and post-conflict settings, women with agency and voice are coalition-builders, peace-makers and mediators. Yet, in the past two decades, only 8% of participants in key peace negotiations were women.

The jury’s still out on whether women in politics impacts human rights long term, but the world is watching Rwanda, which leads the world in female parliamentarians, with 56% representation in the House and 39% in the Senate.

As a point of comparison, Papua New Guinea (PNG), which I’ve just visited with WaterAid, ranks 137 out of 141 for female parliamentarians, with only seven total since independence in 1977. There are some similarities between the two countries, such as adult educational attainment and life expectancy, but the differences are much more interesting.

All this, despite the fact that PNG is twice as wealthy per capita as Rwanda.

This is by no means conclusive, or straightforward. But this and my other examples beg the question: What could we accomplish if women had an equal say?

We’re asking key U.S. Government decision-makers like Secretary of State Kerry and USAID Administrator Raj Shah, to do more to support women’s participation worldwide. We also ask that they start at home, by pushing for U.S. ratification of the Convention to Eliminate All Forms of Discrimination Against Women (CEDAW).

Join us! Share your priorities for women’s participation in the home and community, at the negotiation table, and in government, using the Twitter hash tags #USA4Women and #USA4Girls. Retweet our messages and our partners’.

We are lucky in our ability to participate relatively equally in the United States. Now, let’s show ‘em how it’s done.