On December 1, 2004, police violently beat and stomped on Filep Karma, after arresting him for leading a peaceful ceremony which included raising the Morning Star flag, a Papuan symbol. He was (and is) a prominent advocate for the rights of Indonesia’s Papuan population. 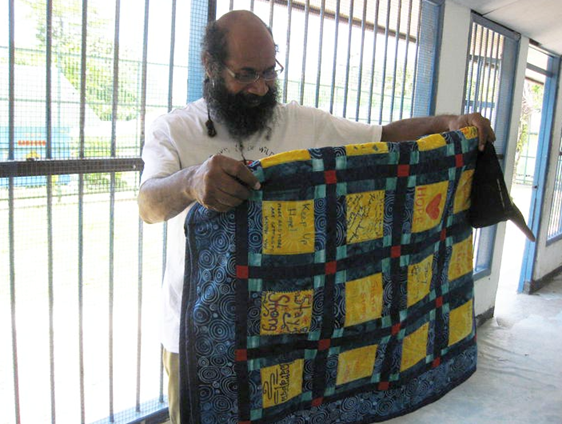 Amnesty International campaigned for Filep Karma’s release as a Prisoner of Conscience who was imprisoned solely for the peaceful and legitimate exercise of his right to freedom of expression. While imprisoned, Karma fearlessly advocated for the release of many throughout Indonesia who were illegally imprisoned for acts protected under Indonesia’s Constitution and international laws. He became an elder spokesman for human rights in Papua. He eloquently advocated for others whose rights were violated, including Johan Teterissa in the Malukus.

During his decade in harsh prison conditions, Filep’s voice and influence grew stronger.  When the government of Indonesia offered him a pardon. Karma refused because he felt it would give legitimacy to his arrest, which he felt had no basis in law.  In a statement refusing a conditional pardon he wrote, “I will only accept an unconditional release… I did not commit any crime when I raised the Morning Star flag in 2004.” 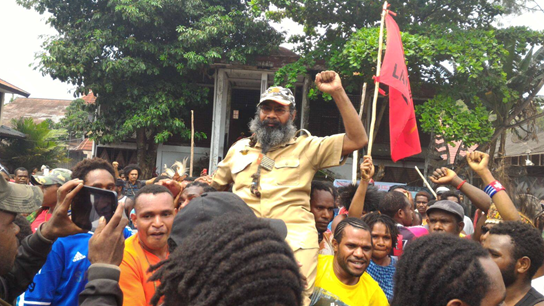 In a recent interview in the Sydney Morning Herald, Karma said, “My point is that Indonesia must realize that it must free me unconditionally, restore my good name. It should also free other political prisoners in Papua and elsewhere in Indonesia and stop chasing those who are on a wanted list for expressing their freedom of speech.”

Filep’s family steadfastly supported him throughout his imprisonment. One of his daughters, Audryne, travelled to the US to join Amnesty International in meeting with members of Congress to urge their support in calling for her father’s release.

Amnesty welcomes the release of Filep Karma. We hope he enjoys full freedom of travel including internationally. We join our friend Filep in asking the Indonesian government to unconditionally release all others imprisoned for non-violent expression of opinion.

Help free other prisoners of conscience by signing up for this year’s Write for Rights. Your words have the power to change lives. Sign up today

3 thoughts on “After a Decade in Jail for Raising a Flag, Filep Karma is Freed”