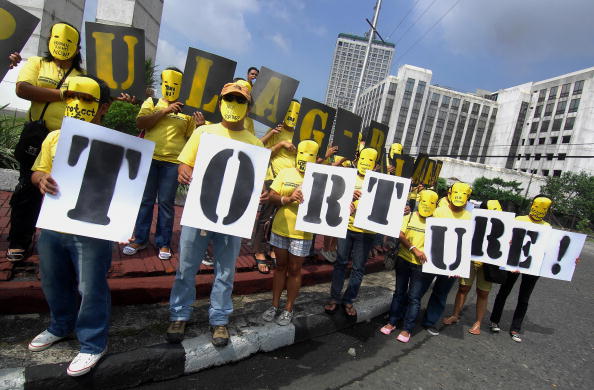 Activists in masks at an Amnesty International rally in Manila calling for an end to torture and human rights violations in the Philippines (Photo Credit: Jes Aznar/AFP/Getty Images).

Torture is illegal in the Philippines. Yet Philippine police and military continue to use torture to extract information or force an admission of guilt from individuals they arrest for alleged crimes.

Alfreda Disbarro was punched in her stomach and face by a senior police officer in Manila. Her eyes were poked and her head banged against the wall. The police accused her of being a drug pusher. This happened in October 2013 – four years after the country’s Anti-Torture Act was passed.

Torture is illegal in the Philippines. Yet Philippine police and military continue to use torture to extract information.

”
They did it under Ferdinand Marcos’ dictatorship in the ’70s. They still do it now under Noynoy Aquino, son of celebrated pro-democracy icon Corazon Aquino.

Our fight, however, is far from over.

The Philippine government has ratified the Convention against Torture and Other Cruel, Inhuman or Degrading Treatment or Punishment. The Philippine Constitution also includes the right to be free from torture under article 3 of the Bill of Rights.

Despite this commitment to uphold human rights, in January 2014, Amnesty International reported on how Philippine police use a “wheel of torture.” Ten police officers have been relieved since then. 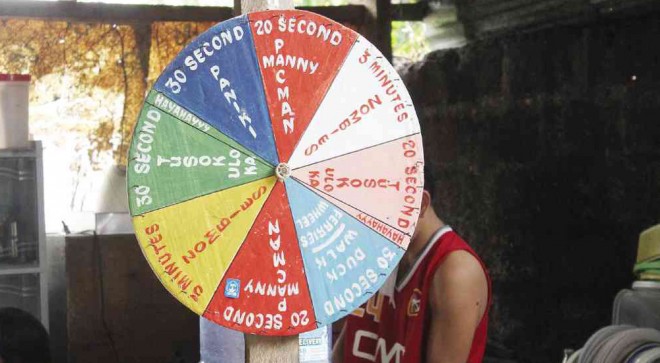 In January, a secret torture cell in a police intelligence facility in the Philippines was discovered. Inside this cell, officers would play ‘torture roulette’ with inmates for fun using a ‘wheel of torture’ (Photo Credit: Philippine Commission on Human Rights).

We can continue our Stop Torture Campaign in the Philippines. Here are three ways you can help: