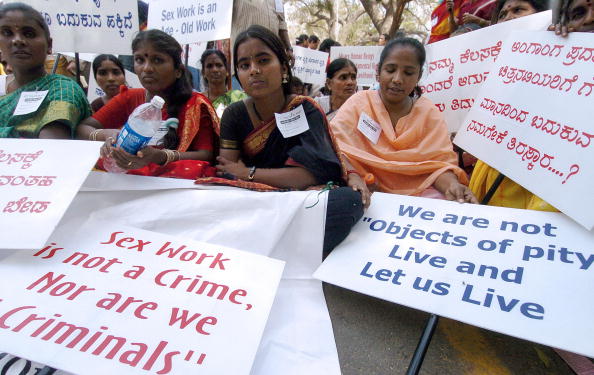 A crucial vote to protect the human rights of sex workers was passed today in Dublin at Amnesty International’s decision-making forum, the International Council Meeting (ICM). Delegates from around the world authorized the organization’s International Board to develop and adopt a policy on the issue.

This is a divisive, sensitive and complex issue and our priority has been and remains an approach that best protects the rights of some of the most marginalized people in the world. That is why we have been working for over two years to develop a policy to protect the human rights of sex workers based on research and global consultation with hundreds of organizations, our international membership and many more individuals worldwide.

Amnesty International now stands alongside leading human rights and health groups around the world, including the UN Special Rapporteur on the Right to Health, the World Health Organization, the Global Commission on HIV and the Law, Human Rights Watch and Open Society Foundation. among others. Just this week, the world’s longest-running medical journal, The Lancet, endorsed the proposal.

Human rights belong to everyone inherently by virtue of being human — and that includes sex workers. Sex workers are particularly at risk of human rights violations, including physical and sexual violence, arbitrary arrest and detention, extortion and harassment, medical interventions, and exclusions from health care, housing and other social and legal benefits.

The goal of this policy is to protect the rights and safety of sex workers. This policy is not intended, as some have suggested, to support “pimps”. Existing research suggests that to fully protect and empower sex workers to defend their human rights, we must decriminalize both the sellers and the clients who buy sex. According to a statement submitted by the Global Alliance Against Traffic in Women (GAATW) to the U.N. Human Rights Council in 2013, a growing body of research shows “the criminalisation of clients has not reduced trafficking or sex work.” They add that criminalizing buyers can actually cause greater harm: “[criminalization of clients] has increased sex workers’ vulnerability to violence, harmed HIV responses, and infringed on sex workers’ rights.”

Additionally this vote does NOT condone sex trafficking. As a global human rights organization, Amnesty International opposes all forms of commercial sex based on force, fraud, or coercion, including any sex act involving a minor. Such situations are sex trafficking, not sex work.

Decriminalization of sex work means that sex workers are no longer breaking the law by carrying out sex work, and are not forced to live outside the law.

By supporting decriminalization, we’re aiming to improve the scope for their human rights to be protected and lessen the risk of their human rights being violated, including through trafficking. When sex workers are no longer seen and treated as ‘criminals’ or ‘accomplices’ they are less at risk of aggressive police tactics and can demand and enjoy better relationships with and protection from police. Decriminalization returns rights to the workers, making them free agents.

The work of human rights is rarely quick or easy. Today’s vote has been a pivotal step in advancing Amnesty International’s work to promote the human rights of all people, including sex workers, based on our commitment to international human rights standards and to the democratic process and membership consultation that makes our grassroots movement so powerful.

For over fifty years, Amnesty International has worked to advance the human rights of all people, without discrimination, and stood especially with marginalized communities in claiming their human rights. It is no different as we stand with sex workers, who are working in the face of great challenges to defend their own rights.

Today’s vote is a step forward in realizing their right and the right of all people to protection from abuses.

Read the “Policy on state obligations to respect, protect, and fulfil the human rights of sex workers” passed by the International Board here.

For more information, check out our FAQ on the Policy to Protect Sex Workers.