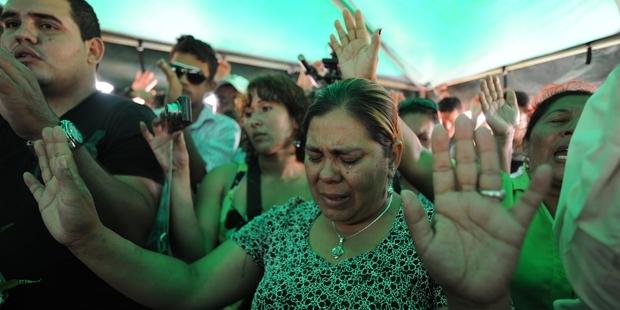 In Honduras alone, Amnesty reported that “scores” of rural farmers were killed during this period, often at the hands of employees of powerful landowners. The powerful forces behind these attacks have also targeted individuals such as human rights lawyer Antonio Trejo Cabrera, whom they murdered in September 2012.

Unfortunately, this trend continues. On May 30, Amnesty issued an urgent action on the Campesino Movement of San Manuel, Cortes (Movimiento Campesino de San Manuel, Cortés, MOCSAN) in Honduras. The latest attacks against this organization began on May 17, when 500 members of the organization staged a demonstration to reclaim a piece of land that believe no longer legally belongs to a local company. Security guards from the company opened fire, killing two protestors and seriously wounding another two.

Three days later, four unidentified men killed MOCSAN member Marilú Miranda Orellana by shooting her in the back as she approached her home. Only luck saved MOCSAN spokesperson Nahum Ricardo Domínguez on May 22, however, as he fled from three men who brandished pistols at him in the town square.

There are three main factors that contribute to the alarmingly high level of attacks against land activists in the Americas:

You can help change this last factor! The powerful criminals behind these attacks will continue killing as long as they can do so without fear of punishment. Take action now to demand that Honduran authorities thoroughly investigate the attacks on MOCSAN and bring the guilty parties to justice!