By Esmeralda Lopez, Amnesty International USA Country Specialist for Mexico My desire to end torture in Mexico runs deep. Years ago it became too dangerous for me to visit my family in Mexico because they are only hours from Ciudad Juarez, a hot spot of violence. Some officers point to incidents of violence and the high crime rate as justification for use of torture. But I know torture is not the solution. The problem of torture in Mexico

Torture is illegal, unjustifiable, and not the means to tackle violence. Ironically instead of feeling shame about the indiscriminate use of torture by Mexican police and armed forces, Mexican authorities have been dismissive if not dishonest in responding.

In May 2014, the UN Special Rapporteur on Torture concluded that torture is widespread in Mexico. In response, the Mexican government touted sentencing 119 persons for torture, but the truth is only four people have been convicted and sentenced for torture. 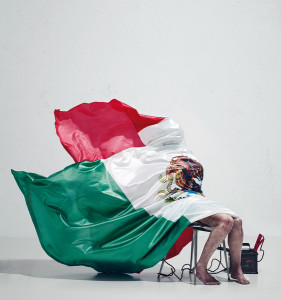 Why the discrepancy between the official story and reality? At the heart of the problem, the institutions tasked with tackling torture lack either the tools or the political will. The National Commission of Human Rights (CNDH), a national government body, investigates complaints of torture by federal authorities.However it does not document complaints of torture by state or municipal officials. Even when the Commission makes a recommendation it rarely results in a prompt and impartial criminal investigation.

What can be done

While the creation of a human rights commission has been a significant first step in the battle against torture, its failure to investigate and prosecute fully complaints of torture highlights the systemic problem of impunity the Mexican government allows to flourish.

Amnesty International has documented cases of torture in Mexico for over five decades. While the nature of the problem has shifted significantly over those fifty years, it has yet to disappear. Just this week, Amnesty International issued a new report that makes clear the new and continued urgency of speaking out now to end the nightmare of torture and ill-treatment in Mexico today.

The report finds high levels of torture by the military and law enforcement. It is clear that impunity for those acts is ongoing and a serious human rights concern in Mexico: Sixty-four percent of Mexicans live in fear of being tortured if they are detained by state authorities. Two in every three people! And for good reason: Mexico has seen a 600% increase in torture and other ill-treatment over the last decade.

The face of torture

Claudia Medina Tamariz makes up one piece of this hellacious statistic. On August 7, 2012, the navy broke into her home, took her to a naval base, beat her, and subjected her to electric shocks. They accused the mother of three of being a member of a violent criminal gang and forced her to sign a confession she wasn’t allowed to read. Claudia has made repeated appeals, but to date, no one has been held accountable for Claudia’s torture. She, like countless other survivors of torture in Mexico, is still waiting for justice.

3 thoughts on “The Terrifying Reason 64% of Mexicans Fear Detention”