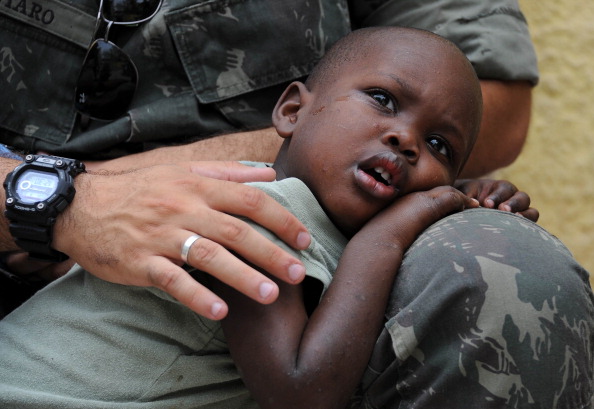 When I visited Haiti two months after the earthquake, my worst fears were confirmed. The Haitian authorities were completely overwhelmed, with most of the country’s government buildings having collapsed and countless public officials dead. The blank stare of Haiti’s then-President René Préval was one of the most telling symbols of a country stood on the precipice of an abyss.

Unsurprisingly, in the aftermath of the earthquake, Haiti was headline news across the globe. Yet four years on, with the cameras gone, the problems and suffering of the people remain. 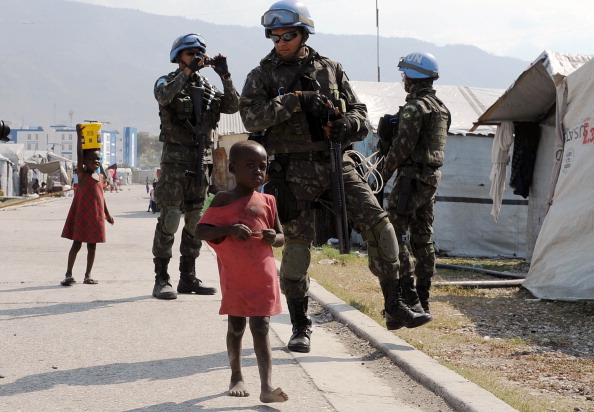 Brazilian soldiers patrol a camp for survivors of the January 2010 quake in Haiti. Hundreds of thousands are still living rough in squalid makeshift camps, and they now face rampant crime, a cholera outbreak and the occasional hurricane (Photo Credit: Vanderlei Almeida/AFP/Getty Images).

It is estimated that almost 150,000 people are still living in 271 displacement camps, often in appalling conditions. The lack of access to basic services such as safe water, sanitation and waste disposal leaves them exposed to the risk of cholera and other diseases. Many still live in makeshift shelters, vulnerable to flooding, especially during hurricane season.

It’s unacceptable enough that people are still living like this. But many Haitians living in displacement camps also have to contend with the constant fear of being forcibly evicted. Since 2010, more than 60,000 people have been forced from their makeshift shelters, and it is estimated that almost half of those living in displacement camps face the ongoing threat of forced eviction.

Amnesty International denounced the situation in a report released last April in Port-au-Prince, the Haitian capital. The country’s authorities reacted promptly and committed themselves to thoroughly investigating the evictions. Yet no perpetrator has, to our knowledge, been brought to justice. And while the evictions stopped for a couple of months, they have continued again since June. 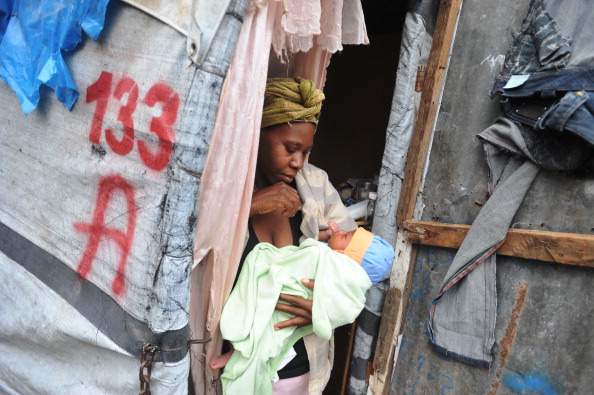 A woman holds her child at a camp for earthquake victims (Photo Credit: Louis-Joseph Olivier/AFP/Getty Images).

Canaan is one of the largest informal settlements that sprang up after the earthquake, and is home to tens of thousands of displaced people still struggling to survive in precarious shelters on the outskirts of Port-au-Prince.

The government declared the area available for “public use” after the earthquake, but failure to compensate the owners, as well as the lack of clarity about the status of the land, has allowed genuine and self-declared landowners to continue to lay claim to it. And they don’t hesitate to resort to violence to get their way.

I visited Canaan last October and spoke with Dieudonné (whose name has been changed for his safety), who says he was shot by thugs sent by the alleged landowner after he told them he was not going to leave his home. Despite the precariousness of his situation, Dieudonné says he is determined to hold on to his meager shelter. 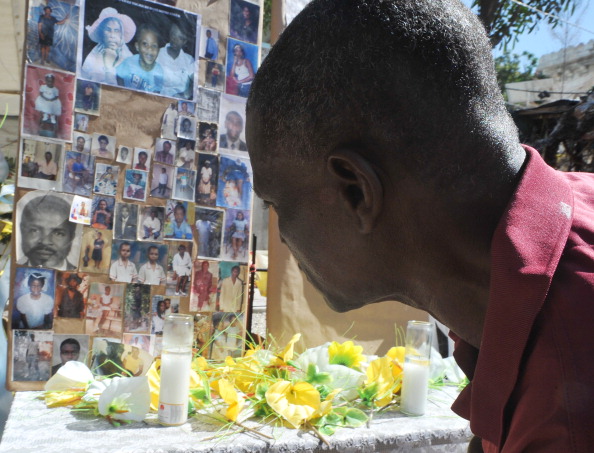 Last month, Nadine, four months pregnant with her fifth child, was evicted from Titanyen, a sector of Canaan. She says was beaten by a police officer when she tried to rescue her five-year-old daughter from the tent where the family was living.

Witnesses told me that the police officers present during the eviction did nothing to protect the people living there, simply standing by and watching as a gang of young men armed with machetes forcibly removed residents from their homes.

Sadly, Canaan is not a unique case. Gabrielle lives in Grace Village, a displacement camp in the Port-au-Prince municipality of Carrefour. Gabrielle told me about the constant fear among those threatened with eviction. 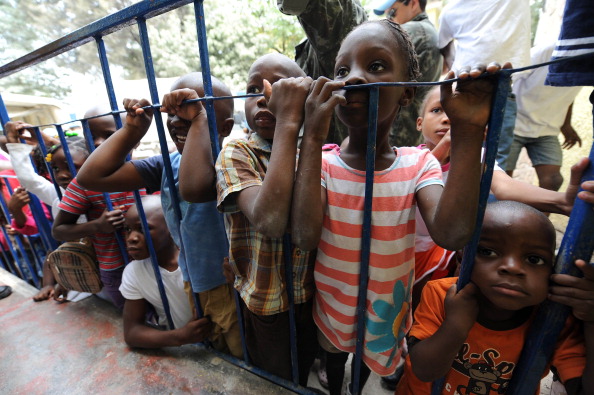 Haitian children orphaned by the 2010 earthquake queue for food given by Brazilian soldiers of the MINUSTAH force at an orphanage in Port-au-Prince (Photo Credit: Vanderlei Almeida/AFP/Getty Images).

“We don’t have peace,” she told me. “If I had another place to go, I wouldn’t stay here under these constant threats.”

The plight of those living in the displacement camps is not Haiti’s only problem. While the government, with assistance from international donors, has rehoused nearly 1.5 million people since the earthquake, this is only a temporary fix for the majority of people. Those families who benefit from relocation programs receive about $500 to rent accommodation for a year, plus an additional grant of $125. When the money runs out, they are left to their own fate.

Benice, one beneficiary of a relocation program, told Amnesty: “We have no permanent means to make a living. We won’t be able to pay the rent once the help is over. We won’t know what to do or where to go when that happens. Our situation hasn’t really changed.”

Looking at such suffering, it is perhaps easy to lose all hope for the country. Yet this latest anniversary offers an opportunity for the international community to refocus its attention on the dire situation in Haiti. If so, it might finally force the government to take responsibility for the tens of thousands of this country’s dispossessed, those who have lost almost everything but their resilience and dignity.

2 thoughts on “The Forgotten Victims of Haiti’s Earthquake”