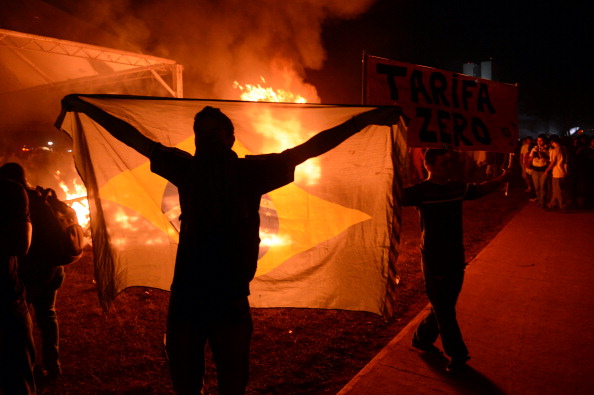 Soon after, it became a massive national movement that mobilized millions of protesters against inefficient policies and widespread financial inequalities. Demonstrations have erupted in more than 80 towns and cities nationwide. Brazilian citizens are making their voices heard. They are speaking loud and clear, and are demanding better transportation, health and education systems.

It is important to mention that unlike many other countries, Brazil has experienced vast growth over the course of the past decade. Millions of people have escaped poverty, and can now be counted as part of a new middle class. An increasing number of children are attending schools and colleges, and the unemployment rate is at record lows. While other countries like Spain and Greece have unemployment rates well above 20 percent (and the United States is still over 7.5 percent) the number of people looking for jobs in Brazil has been hovering at historic lows of 5-6 percent.

So, why then are Brazilians this dissatisfied? Aren’t people’s lives better than they were a decade ago?

While that may very well be the case for many individuals with respect to their education and employment, when it comes to infrastructure and public services, it is clear that Brazilians want and need better options. Violence is rising in the major cities and corruption is endemic.

And what is the government’s proposed solution? Soccer. Instead of investing in better infrastructure, education and health systems, they have spent billions of dollars on stadiums for the World Cup and the Olympics, which they will be hosting in 2014 and 2016, respectively.

As Brazilians become increasingly fed up, they will continue to demand better infrastructure and services and combat impunity and corruption. A substantial improvement in their educational system is making them more aware of their rights. Investments in soccer stadiums aren’t enough to fool anyone.